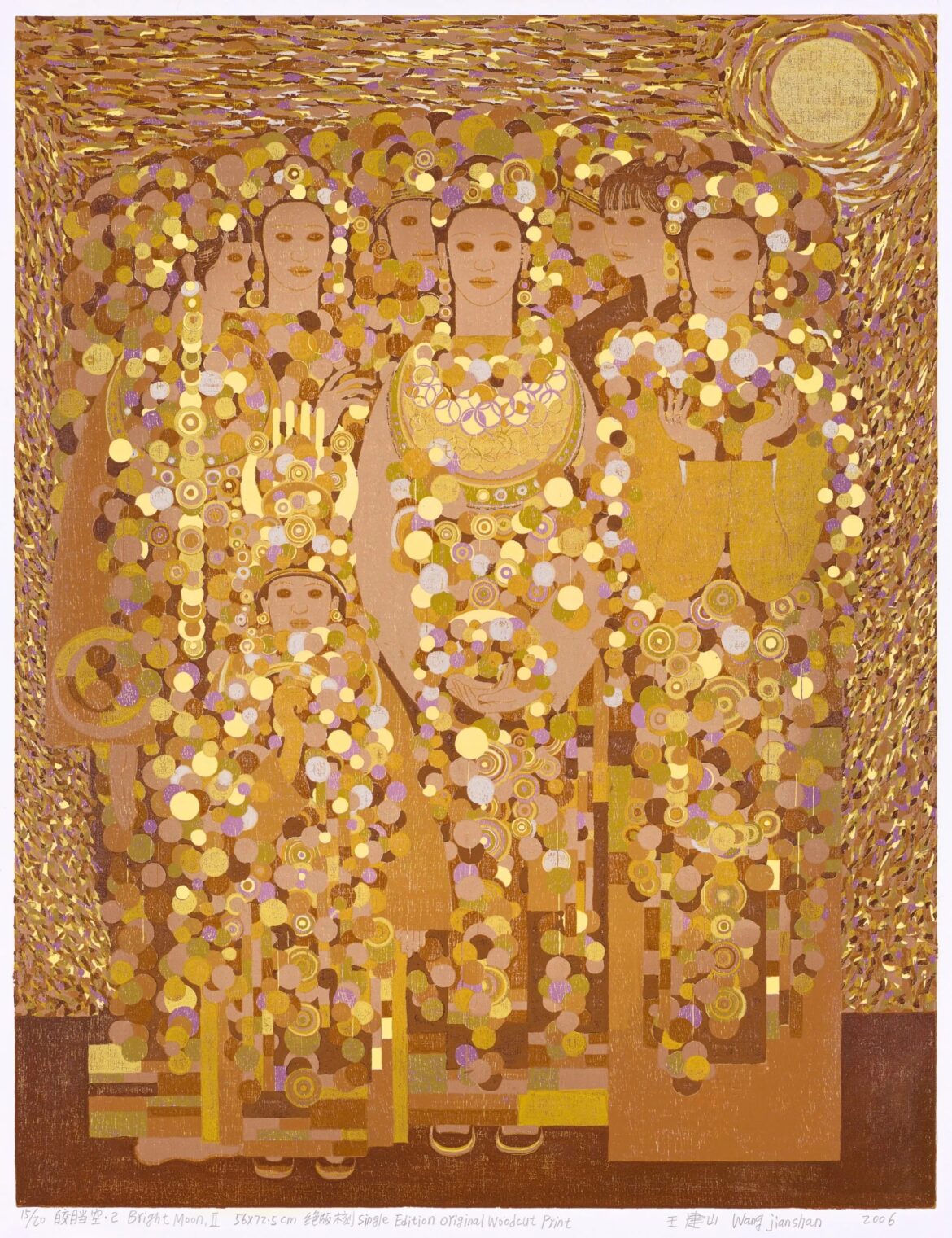 Gender is many things — complex, multifaceted, culturally significant, always relevant. And it’s a concept that four curators at San Francisco’s Asian Art Museum decided to approach in the form of an exhibition.

Says Asian Art Museum curator Megan Merritt, “We wanted something that was topical, that had teeth and that we really wanted to sort of engage with and look at our collection through.”

Now through Sept. 5, museum visitors can take in “Seeing Gender,” a collection of 17 pieces arranged side by side in the Tateuchi Gallery. The exhibition is unique in its focus on gender to view, consider and appreciate Asian art — to see beyond the binary via a range of historical and contemporary pieces, spanning cultures, regions in Asia and time periods. The oldest artwork dates back to 840, with the most recent piece created in 2014.

Merritt shares that working with fellow curators Maya Hara, Shinhwa Koo and Joanna Lee was a great opportunity to come together and decide on a particular exhibition theme. As she explains, previous Asian Art Museum exhibitions had explicitly focused on the “body,” such as the “Divine Bodies” exhibition that examined how divinity was represented through postures, clothing and other bodily aspects. But positioning “gender” as the center of attention is a first for the museum.

Merritt comments, “In this exhibition, we’re using gender as the lens through which to look at our collection, and that’s never been done before. So it was really something we wanted to tackle and take a look at, especially being in the Bay Area.”

When exploring exhibition ideas, the Asian Art Museum’s location came to mind. Explains Merritt, “We’re at the crux of the Tenderloin and the Civic Center neighborhoods, which historically have been symbolic locations for resistance among LGBTQ+ communities. So we felt the urge to bring gender to the fore, because gender and sexuality are central to conversations our society’s having today.”

For the first time in its long history, San Francisco’s iconic Bay to Breakers offered awards to the top-placing nonbinary runners this year’s race. In years past, it has only recognized winners in the “women” and “men” categories. Locally, inclusivity efforts like this one — for the many individuals whose gender identity does not conform to the binary — are increasingly prevalent. The curators were mindful of these aspects when putting together “Seeing Gender.”

She adds, “In recent months, the news cycle has illuminated a lot of troubling legislation relating to trans and gay youth. But beyond that, I think we’re seeing really positive steps in the right direction … like with Bay to Breakers.”

Merritt explains, “I think especially in the Bay Area, people are starting to feel comfortable sharing their preferred pronouns, dressing in a way that feels more comfortable and true to their preferred identities. And so it was something that we really wanted to celebrate and sort of shine a light on.”

To achieve these aims, Merritt et al. incorporated the perspectives of “interpretative partners” and Asian Art Museum interns to complement the artwork on display. The partnership with local scholars, writers and artists guided the exhibition’s development.

Says Merritt, “They focus on gender in their academic lives but also in their artistic lives, so they were really invaluable to our creative process. They looked at all of our texts that we wrote; they contributed their own first-person panels to the exhibition.”

Each member on this advisory committee wrote something that resonated with them, such as about an artwork in the gallery or a particular concept.

Of their contributions, Merritt shares, “It really gave a beautiful nuance to the gallery and [was] something that the curators couldn’t provide. We’re so used to providing all of the art historical context, and we could talk about the artwork, but we really couldn’t add this intimate dimension, and they brought that to the galleries. And I think that was such a beautiful element.”

Merritt and the other curators also worked with the museum’s Art Speak interns, from various local public high schools in San Francisco, to create a video for the exhibition. For the video, they were asked to respond to several gender-related questions, such as how they consider gender in their everyday lives, how they code-switch their genders based on their location and social setting — e.g., high school and among peers versus at home with their families — and about how gender “plays out” for them.

Says Merritt of the interns’ participation, “It was so cool to work with Gen Z and hear how they’re thinking about gender because it’s so different from how many of us, and many of our older visitors, may have grown up with [gender] and may think about it in their lives. Adding these different voices — having a diverse kind of tutorial approach, which is a little bit experimental for the museum — was a really fun way to incorporate Asian American voices and also voices from our community.”

These thoughtful components in the exhibition, along with the pieces themselves, offer visitors an opportunity to reflect on gender — past, present and future, binary and beyond.