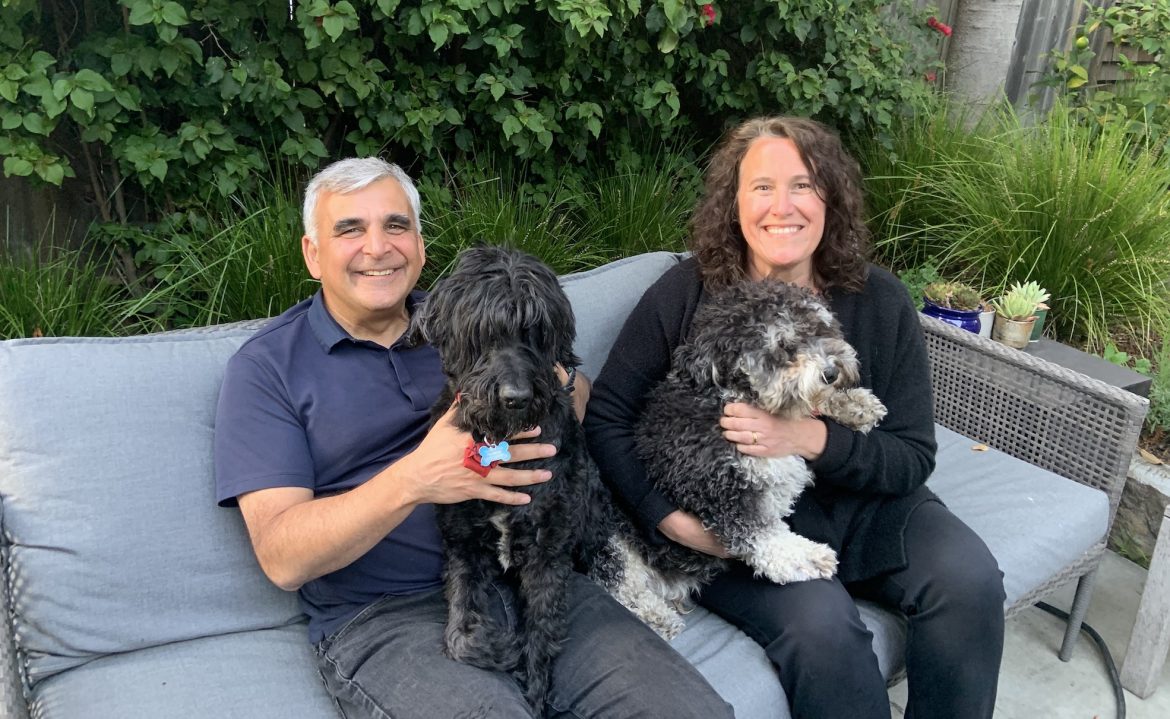 Breed: Freddy is a Portuguese Water Dog and Harry is a not-so-mini Mini Bernedoodle.

Adoption story: Freddy joined our family back when we lived in Minneapolis. Shannon’s cousin was breeding Portuguese Water Dogs at the time and the family was in love with them. Freddy was the runt of his litter of 11. We were thrilled to be matched with him. Harry came to us more recently — during the summer of 2020, when we were all feeling pretty cooped up at home and not out in the world like we wanted to be. He brought such joy and love to all of us (although Freddy may disagree a little on that).

Likes: Freddy loves counter surfing and family walks. Harry loves to cuddle and sleep on you.

Interesting facts: Freddy has had the pleasure to live in Minneapolis, Hong Kong, and now Piedmont. He’s taken it all in stride. He loves meeting people everywhere he goes.

Anything else you want to add? They bring tremendous joy and love into our family.