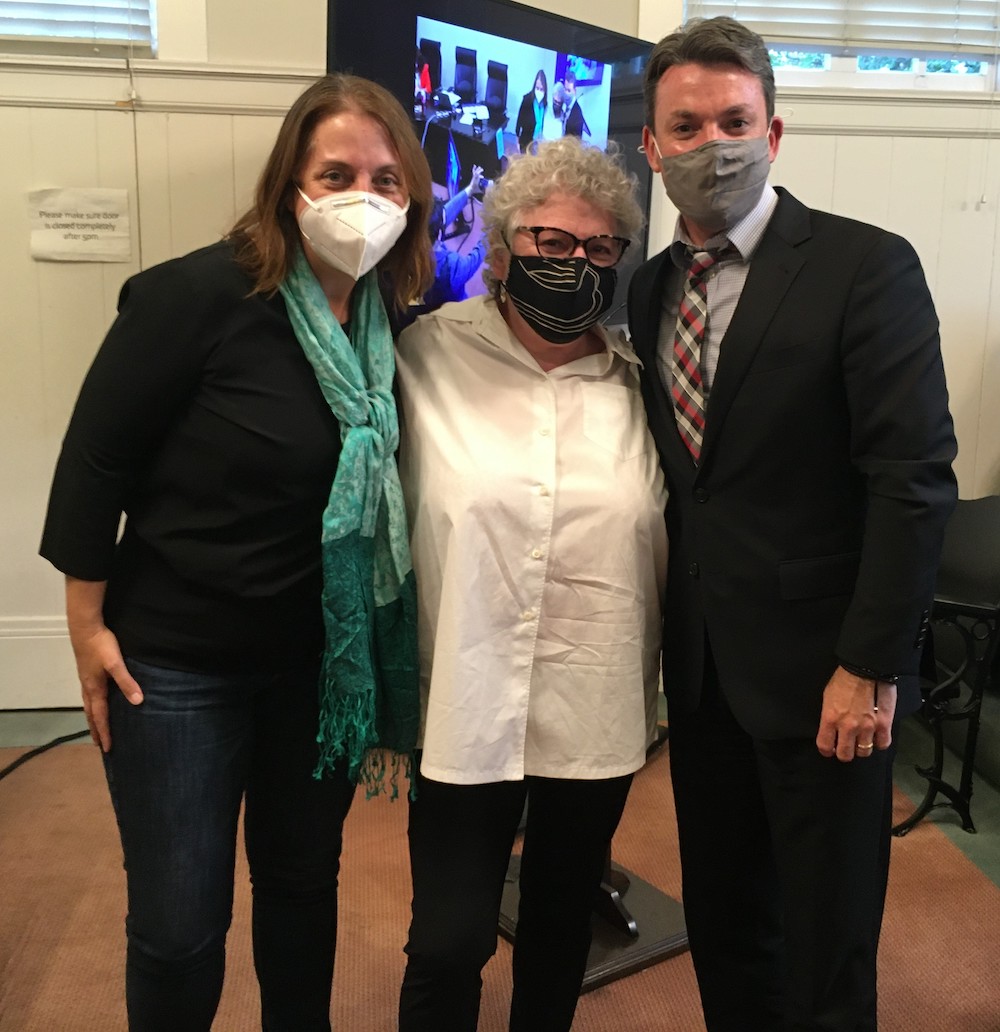 School Board President Cory Smegal, Eileen Ruby, and Superintendent Randy Booker at the May 11 meeting

Recognizing over a quarter-century of service to the students and community of Piedmont, the Piedmont Unified School District (PUSD) and School Board honored Eileen Ruby as its 2022 Arthur Hecht Volunteer of the Year award winner at the May 11 meeting. She was presented with a work of art from Piedmont High School student, Margaret “Frankie” Broening.

“This is a well-deserved and overdue accolade for Ms. Ruby, who has been instrumental in building the framework of financial support in the community that benefits all of our schools and every one of our students,” said PUSD Superintendent Randall Booker. “Myself, the Board, and all of PUSD are thrilled to recognize her work and valuable service to education in Piedmont.”

“Many in our community know Eileen as a fundraising savant, who is a clear communicator and highly skilled at asking the right questions at the right time,” added one of Ruby’s nominators. “Others remember her to be the architect of the professional fundraising infrastructure and successful campaigns we see today in support of our schools.”

A longtime Piedmont resident, Ruby chaired the Piedmont Education Foundation’s inaugural ‘Reaching for the Stars’ campaign in 2000, eventually creating a nearly $10-million endowment. She was the catalyst in coordinating efforts to bring fundraising for all six PUSD schools under the PEF umbrella, building an efficient model to support all students.

Ruby served as President of the Piedmont Middle School Parent’s Club and has been a Parent Club board member at Havens Elementary, PMS and Piedmont High School. She has participated on the PUSD Budget Advisory
Committee and has led hundreds of volunteers through various parcel tax and Bond campaigns. She continues her work today as a member of the PEF Board of Directors and recently announced she will be retiring later this year.

The Arthur Hecht Volunteer of the Year award is presented annually to individuals who have volunteered their efforts over a period of time and made a difference because of their involvement and commitment to Piedmont’s youth. Arthur ‘Art’ Hecht was a tireless community volunteer dedicated to students in both Piedmont and Oakland. He served on Piedmont’s Board of Education from 1970 to 1982, and was very active with the Piedmont Continuation High School (now called Millennium High School). In 1998, the Volunteer of the Year Award was established in his memory.