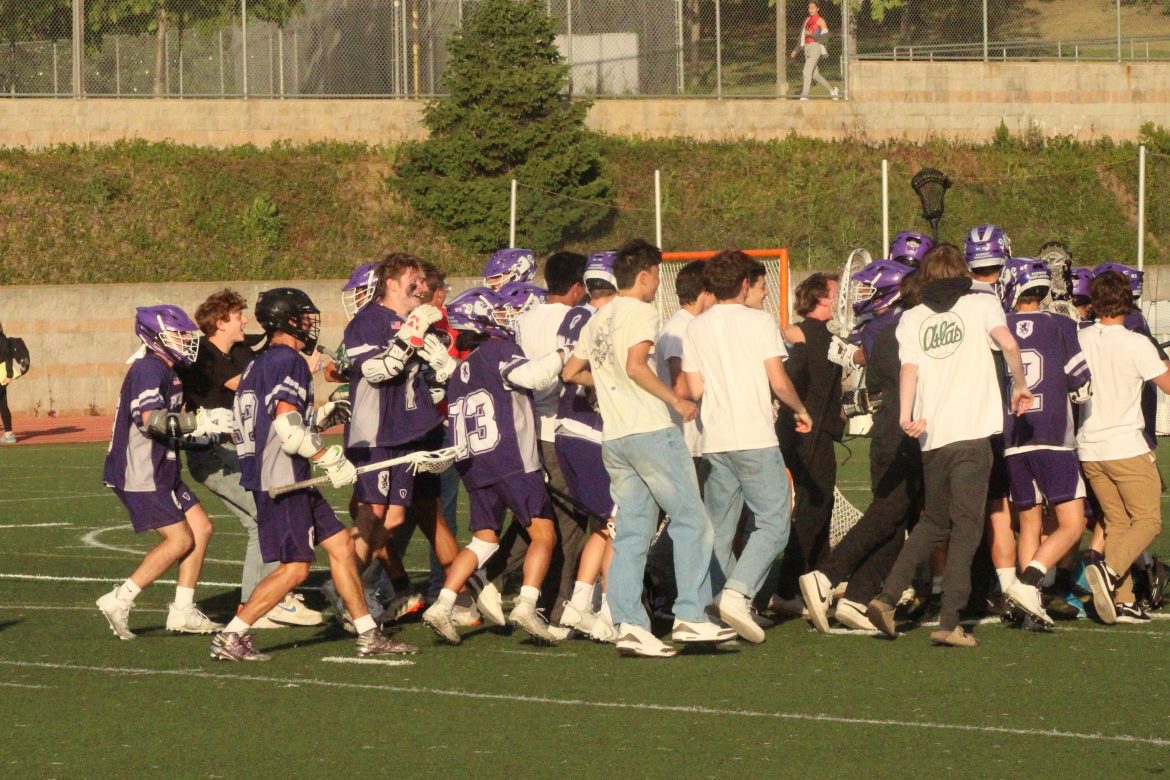 Piedmont High School’s boys and girls lacrosse and boys volleyball teams made the North Coast Section playoffs, as announced on May 1.

The Highlander boys will host Vista del Lago-Folsom on May 3 at 7 p.m. at Witter Field. Piedmont’s girls will play at Casa Grande-Petaluma the same night at 7.

The boys weren’t a surprise – the Highlanders won the West Alameda County Conference tournament on April 29 with a 10-9 win over top-seeded Bishop O’Dowd to claim an automatic berth and a home game in the first round.

The boys finished 11-6 and received the 13th seed in Division 1. The NCS uses a competitive equity formula to move teams to higher divisions, and this year Piedmont moved up after winning the 2019 Division 2 title.

Vista del Lago finished 11-3. The Eagles are members of the Sac-Joaquin Section, but the SJS doesn’t have lacrosse playoffs, so they play in the NCS. The teams have no common opponents.

The winner advances to the second round on May 5 against the winner of Oak Ridge-El Dorado Hills at No. 5 Marin Catholic.

The girls had a little more doubt after losing in the WACC semifinals in overtime to Berkeley, 13-12. Many of Piedmont’s players thought their season was over, but coach Carlton Chan was pretty sure his team would get in.

The Highlanders (8-9) received the 10th seed in Division 2 and will face a Casa Grande squad that went 11-8. The teams have four common opponents: Redwood-Larkspur, Marin Catholic-Kentfield, San Marin-Novato and Tamalpais-Mill Valley. Both went 0-4 and the scores were somewhat similar. Piedmont was outscored 67-22, while the Gauchos were outscored 80-28.

“I think Casa Grande matches up really well with us,” Chan said. “We’re looking at the record. The teams they played and the teams we played pretty much the same score. I think this is as good as we could hope for.”

Chan added that even if the Highlanders made the WACC finals, it probably wouldn’t have made much difference in their seeding.

If Piedmont wins, it would likely face second-seeded Marin Academy-San Rafael on May 5. Marin Academy is hosting Acalanes in the first round.

The Piedmont boys volleyball team also made the NCS playoffs, gaining a Division 3 berth. The Highlanders will face No. 6 West County-Richmond on the road on May 3 at 7 p.m. The Highlanders finished their season 5-8, and 2-2 against Division 3 competition (having a .500 record within your division allows you to apply for an at large bid). West County is 19-11 on the season. The winner faces the winner of the Archie Williams-San Anselmo vs. Cardinal Newman-Santa Rosa match.