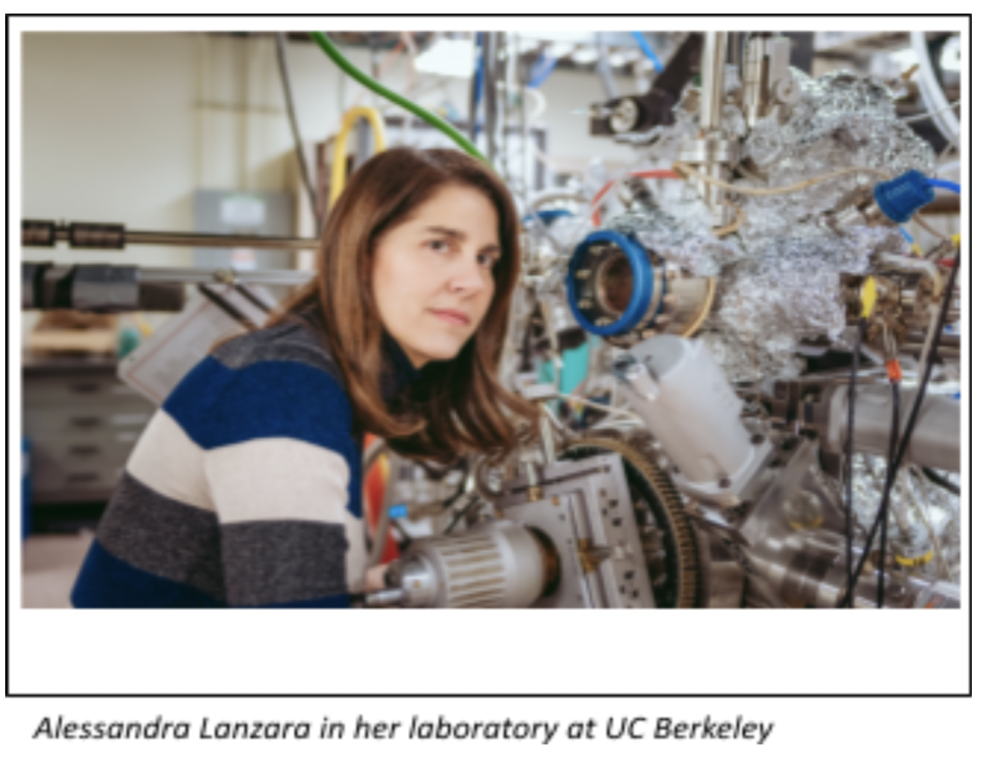 Alessandra Lanzara, a Piedmont resident and physics professor at the University of California, Berkeley is among the 261 members nominated on April 28 to the American Academy of Arts and Sciences (AAAS).

“We are celebrating a depth of achievements in a breadth of areas,” said David Oxtoby, President of the American Academy. “These individuals excel in ways that excite us and inspire us at a time when recognizing excellence, commending expertise, and working toward the common good is absolutely essential to realizing a better future.”

The new members will work together with the Academy to set the direction of research and analysis in science and technology policy, global security and international affairs, social policy, education, and the arts and humanities.

“It is an incredible honor for me to join a circle of thinkers and visionaries who have inspired the history of humanity.  As an immigrant to this country, this recognition means even more to me. Leaving my country and my family has required many sacrifices and to overcome a lot of challenges. Today, being awarded with this incredible recognition makes it all worthwhile,” Lanzara said.

Lanzara arrived in the US from Rome, Italy in 1999 to conduct postdoctoral research at Stanford University. “I thought I was going to be here for only six months,” Lanzara said. “But life often has a different plan for us, so here I am 20 years later.”  Lanzara joined UC Berkeley’s physics faculty in 2002. She is an endowed professor in physics, and the founder and director of the Center for Sustainable Materials and Innovation.

She works in the area of quantum materials — materials where quantum phenomena dictate exceptional new properties. “If we are able to understand the fundamental physics that drives these properties, then we will be able to harvest these materials to drive revolutionary advances in electronics, quantum computing, energy, and medical imaging,” said Lanzara.

Lanzara has also been an active advocate for women in science and a promoter of kids engaging with science from a young age, serving on the scientific board of the Lawrence Hall of Science, appearing as a presenter at the “Scienza palooza” fair, and taking on the role of speaker at Nano High. She has served here in Piedmont on the board of the Piedmont Makers and has been a speaker at the Makers Fair.

Lanzara lives in Piedmont with her husband, Yoav Banin, an entrepreneur and chief product officer at Nauto, and her two sons, Daniel Banin (15), a sophomore at Piedmont High School, and Raffaello Banin (13), an 8th grader at Piedmont Middle School.

“Piedmont is an incredible community; I have found many friends here and it has been great to see my kids thrive over the years through the Piedmont school system, inspired by incredible and dedicated teachers. I hope I can help to set a strong science program in the high school and continue being an inspiration for young women and young kids who want to pursue a scientific career,” Lanzara said.