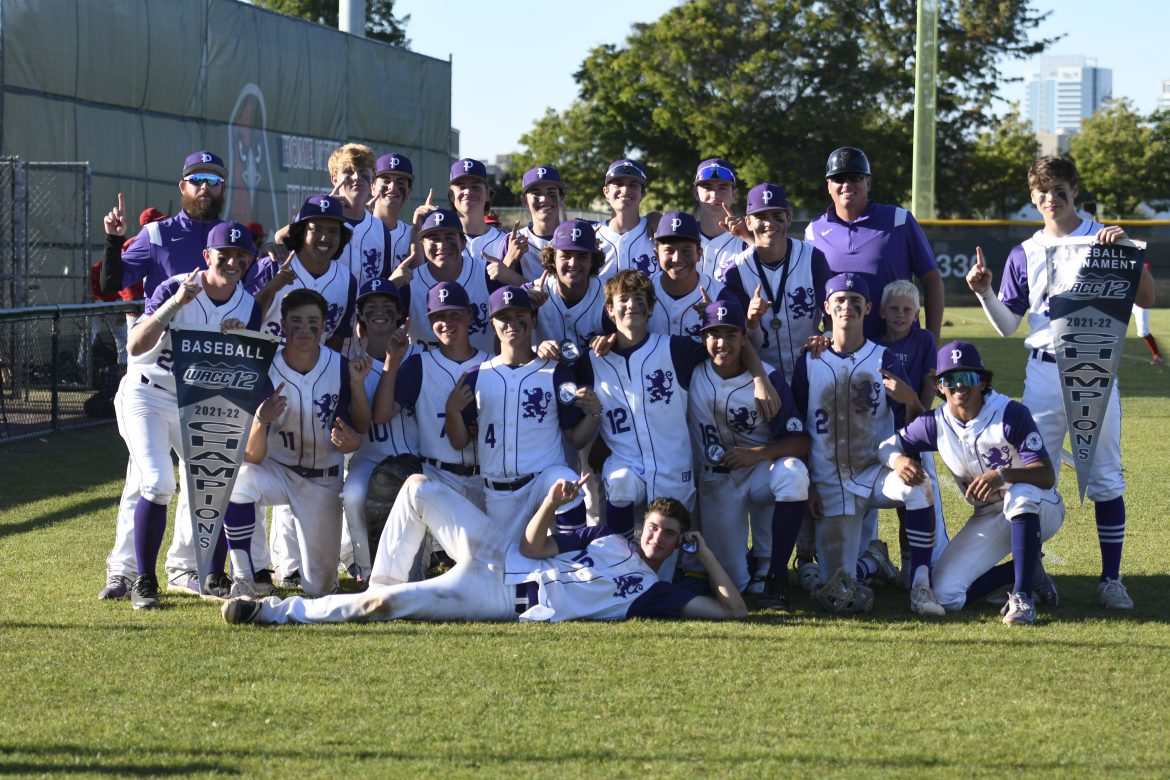 Peter Krumins scored the winning run in the bottom of the seventh on an error to lift the Highlanders to the West Alameda County Conference Shoreline Division tournament championship on May 13 at College of Alameda. Krumins’s run gave the Highlanders a 6-5 win over Encinal, after the Jets had tied the score in the top of the inning.

Krumins led off the bottom of the seventh with a single. Nico DeFazio then walked. Davis Alazraqui then hit a ground ball to second baseman Jacob Baca, who made the error. Krumins came around to score and end the game.

In the top of the seventh, Hudson Taylor had singled in the tying run for Encinal.

The Jets took a 3-1 lead after three innings. Piedmont got one back in the bottom of the fourth when Markos Lagios singled in Ryan McConathy.

The Highlanders took the lead in the fifth. They loaded the bases with nobody out. After Alazraqui struck out, McConathy hit a sacrifice fly to tie the score. Lagios then doubled in two runs.

Lagios was 3-for-3 with four RBI on the day.

Baca singled in a run in the sixth to get Encinal close.

Tobin Cantrill pitched the first three innings for Piedmont, allowing three runs on six hits with two strikeouts and four walks. Two of the runs against him came home on wild pitches. Will Sprague went the next 3 2/3 innings, allowing two runs (one earned) on three hits. Krumins got the last out in the top of the seventh to get the win.

The Highlanders advanced to the championship game after a forfeit win in the semifinals over Mt. Eden on May 10.

Piedmont ended the regular season with an 8-4 win at Encinal on May 6. DeFazio went 3-for-4 with three runs scored and two RBI. Lagios had a double and two RBI. Sprague and Michael Aikawa each had two hits.

Scott McKenzie started for Piedmont, going two-plus innings and allowing four runs (two earned) on five hits. Sprague came on during the third inning and pitched the final five innings for the victory. He was touched for four hits but no runs, and struck out three.

After the game, the WACC announced its player of the year and individual honors. Nico DeFazio won Player of the Year, and was joined by Michael Aikawa, Davis Alazraqui, Tobin Cantrill, and Will Sprague on the first team.

Next up for the Highlanders are the NCS playoffs. Piedmont received the 5th seed, and will play a home game against #12 seed St. Patrick-St. Vincent in the first round on May 18th. The top four seeds are Arcata, Justin Siena, St. Marys, and St. Joseph-Notre Dame.