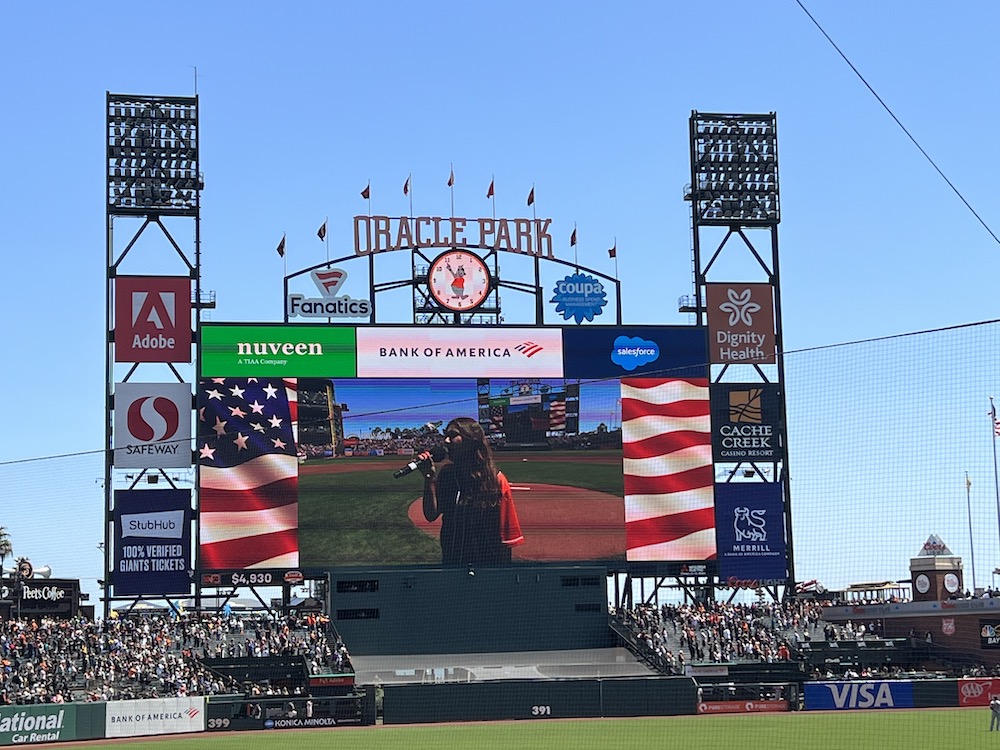 Danielle Zaroukian at Oracle Park on May 1.

Piedmont High School freshman Danielle Zaroukian sang the National Anthem at the Oakland A’s MLB game on Armenian Heritage Day on April 30, and at the SF Giants game at Oracle Park the following day. Around 200 Armenians attended the A’s game for an inaugural gathering, according to an Armenian newsite. (The A’s pitcher James Kaprielian is Armenian.) A portion of all game ticket sales supported Mt. Davidson Cross, one of the oldest and tallest landmarks in San Francisco. It serves as a memorial to the 1.5 million Armenians who perished during the 1915-1923 Armenian Genocide.

Zaroukian has been singing since second grade at school performances and community events, according to her mother, Grace Sefarian.