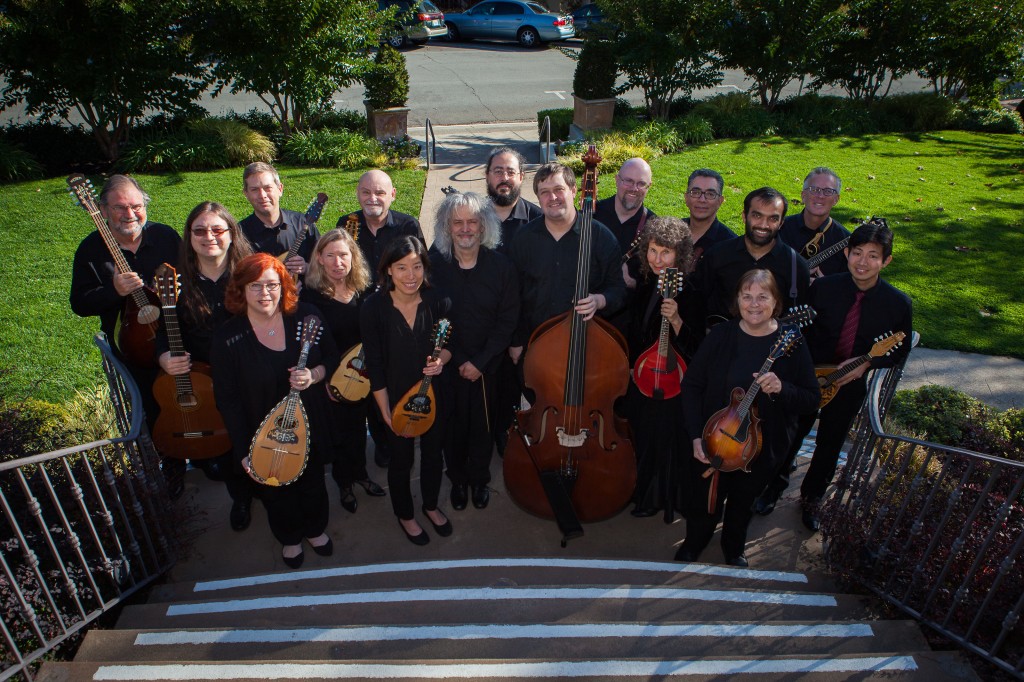 After a two-year hiatus, the SF Mandolin Orchestra on Sunday, May 29 will fill every nook and cranny in the Piedmont Center for the Arts with the uplifting sound of roughly 20 mandolins and other string instruments. The plucked string orchestra presents Meditations, this season’s showcase concert that signals a return to live music and regular annual performances for the group founded in 2006.

The orchestra will perform an eclectic program that includes The Faerie Queen by Henry Purcell, The Arpeggione Sonata by Franz Schubert, Ludwig van Beethoven’s Fidelio, Chaconne by Gustav Holst, and Meditation (from Thaïs) by Jules Massenet. The concert will be led by conductor Achille Bocus.

A two-minute video preview on the orchestra’s website features the work by Purcell that is on the PCA program. Even in digital Zoom-frame form, the melodic, harmonic, and rhythmic capabilities and the expressivity of instruments in the mandolin family are unmistakable. The mandolin, it is fair to say, is a “friendly,” or accessible instrument that people often gravitate to after having studied guitar or violin. Its range is similar to that of a human voice, making it the perfect instrument for song. Without requiring a bow and with frets making it easier for a beginning player to create acceptable sounds, the mandolin becomes a magical virtuoso voice in the hands of a virtuoso such as Mike Marshal or Chris Thile.

Mandolins have a long history in the Bay Area that dates back to World War II. Italian barbers in San Francisco often played the instrument, gathering for informal concerts and delighting local residents. The more formal Aurora Mandolin Orchestra was founded in and performed at the Palace of Fine Arts in the 1930’s. But even before then, in the 1920’s, luthier Orville Gibson “Americanized” the mandolin, creating a flatter profile with a curved top and back. Larger mandolins capable of producing a lower range and including some large-scale iterations played standing up soon followed.

Surely one of the most delightful features of the mandolin is its ability to capture the distinctive characteristics and put on display the technical aspects of music from traditions and cultures from around the world. Members of the SF Mandolin Orchestra in its earliest years were students who came together as a group, and the orchestra’s membership still shifts as musicians move in and out of the Bay Area. The programs are created collaboratively; this year, Meditations is intended to inspire relaxation, concentration, and joy.