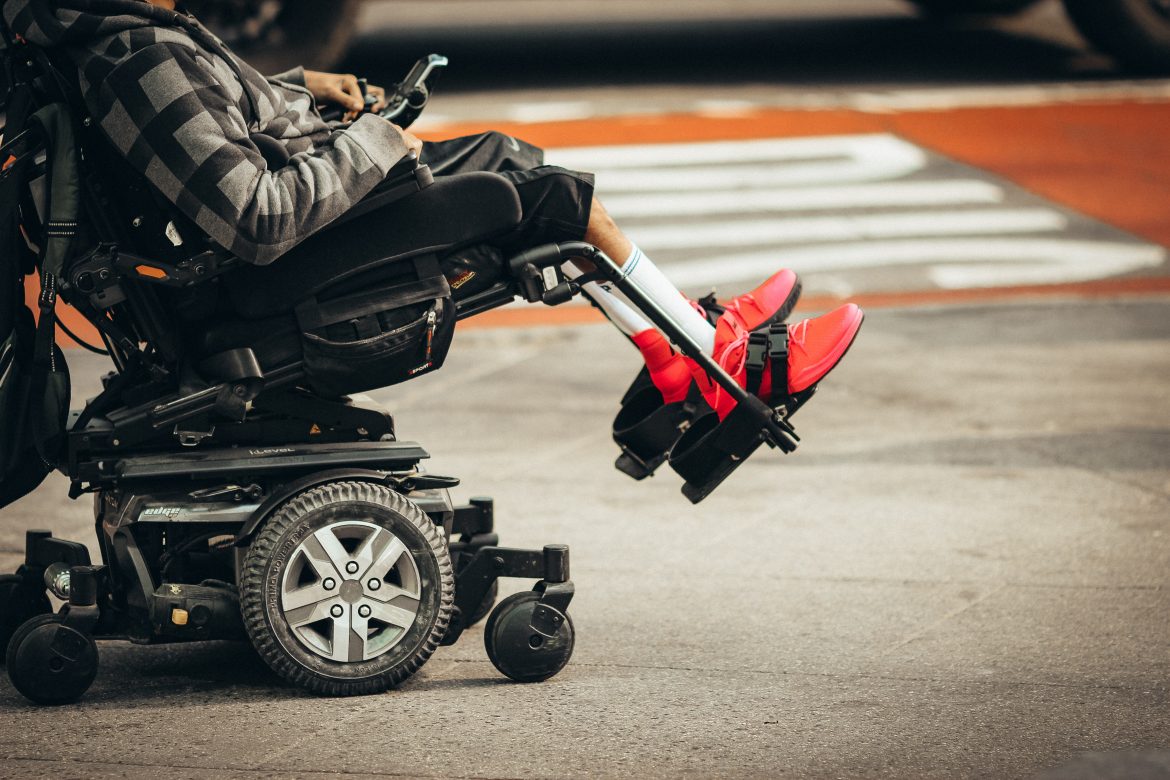 Photo by Jon Tyson on Unsplash

Potter Handy, the law firm known for filing thousands of lawsuits in the Bay Area alleging violations of the Americans with Disabilities Act, appears to have largely stopped filing new cases after being sued last month by the district attorneys of San Francisco and Los Angeles.

A Bay City News analysis found that in 2021, the firm filed a total of 2,076 ADA lawsuits in the U.S. District Court for the Northern District of California, representing 85 percent of all ADA filings in the district that year. The San Diego firm’s ADA filings in 2021 constituted a stunning 23 percent of all cases — in all subject matter areas — filed in the district that year.

The frenzied pace of Potter Handy’s ADA filings continued into 2022. Until April 11, Potter Handy was filing an average of three ADA lawsuits a day, seven days a week. But then something changed. In the 21 days subsequent to April 11th, the firm has only filed three new cases in the district. The sharp drop-off coincides with the date that the district attorneys filed a joint lawsuit against Potter Handy in the Superior Court of San Francisco County.

The suit accused Potter Handy and 15 of its lawyers — including name partners Mark Potter and Russell Handy — of violating California’s Unfair Competition Law by bringing fraudulent and deceitful litigation under the ADA.

According to the district attorneys, Potter Handy filed thousands of ADA lawsuits in federal court knowing that its clients did not have legal standing to bring the cases. They alleged that over the last four years “California’s small businesses have paid Defendants tens of millions of dollars… all to settle lawsuits containing false standing allegations.” The district attorneys requested the court enjoin the law firm from further violations of California’s unfair competition law and to compel it to repay thousands of small businesses the monies they paid to settle claims brought over the last four years. The suit also sought statutory damages that could amount to millions of dollars.

Potter Handy has not yet filed a response to the law suit. However, Dennis Price, a partner in the firm, issued a statement the day after the suit was filed expressing concern about the motivation of the district attorneys. Price said that the district attorneys were both facing recall threats “and are filing these claims in order to generate support.”

Orders to Show Cause

While the district attorneys’ lawsuit is one of the headwinds facing the firm’s ADA practice, it is not the only one. On April 19 and 20, U.S. District Judge Vince Chhabria – acting on his own initiative – issued “orders to show cause” in nine ADA cases filed by Potter Handy. The judge’s orders all explicitly referenced the district attorneys’ lawsuit against Potter Handy, and each directed the respective plaintiff to “substantiate” the allegations that he has legal standing to bring his lawsuit. Potter Handy must file its own declaration in each matter and describe “in detail” the investigation counsel conducted with respect the standing allegations.

Standing is the legal term used to describe what a plaintiff must prove to show that they are entitled to litigate a claim in federal court. Without legal standing, a judge has no jurisdiction and must dismiss the case.

In order for a plaintiff to have standing to seek relief under the ADA, they must not only demonstrate that they have been injured by actions of the defendant in the past, but also that they intend to return to the same place in the future and will then face a real and immediate risk of harm if the injunction is not issued. Put another way, a plaintiff “lacks standing if he is indifferent to returning to the store or if his alleged intent to return is not genuine,” according to a 2011 decision of the U.S. Court of Appeals for the 9th Circuit.

Potter Hardy’s clients allege that they intend to return to the places where they encountered inaccessible accommodations, but the plausibility of those allegations has become a flashpoint in the cases. The district attorneys’ lawsuit alleges that Potter Handy’s clients “almost never return to the businesses they sue after a settlement is reached” and the firm uses “false standing allegations to maintain their scheme of deceiving the courts and businesses they sue into believing they have federal standing.”

Judge Chhabria apparently intends to explore that issue. His orders all say that plaintiffs’ declarations have to substantiate the allegations “as to the plaintiff’s intent to return to the defendant’s establishment.” After the declarations are submitted, Judge Chhabria said he will likely schedule an in-person evidentiary hearing “to test the veracity” of the declarations. He gave the plaintiffs and Potter Handy until May 10 or 11 to respond to the court’s directives.

Whitaker is the plaintiff in one of the cases Judge Chhabria called out. He is also frequent litigant in the district, having filed 1,708 ADA cases since 2015, according to the Bay City News analysis. Whitaker sued Chanel, Inc. alleging that a lounge table at Chanel’s Santa Clara store was non-accessible. His complaint alleged that he intended to return to the beauty product store in the future “to avail himself of its goods or services and to determine compliance with the disability access laws.”

Chanel argued that Whitaker had no standing because he failed to demonstrate that it was plausible that he intended to return to the store.

The judge considered a number of factors to assess the plausibility of Whitaker’s statement that he intended to return. She noted that Whitaker lived in Los Angeles, 343 miles from the store, and had never visited the store in the past. Moreover, he did not have any specific plan to return to the store, just a generalized intent to do so. Last, she pointed out that Whitaker had not shown that he had any “specific ties” to the store or the area where the store was located. Based on these factors, she found that Whitaker had not plausibly alleged that he had a genuine intent to return to the Chanel store in the future and granted Chanel’s motion to dismiss Whitaker’s complaint for lack of standing, although she granted plaintiff an opportunity to amend its complaint.

U.S. Magistrate Judge Sallie Kim presides over a number of Potter Handy ADA cases and, in some of those cases, she has criticized the firm’s attorneys for failing to diligently prosecute those matters. In Garcia v Marchi, Kim noted that she had to issue multiple orders to show cause in the case “based on Plaintiff’s failure to proceed diligently.”

She said, “The Court is concerned that Plaintiff is not reviewing and paying attention to the docket.”

According to Kim, after one order, the firm filed a response “apologizing and stating the errors and delays were due to calendaring mistakes and recent staffing changes,” but then “again failed to comply with the Court’s deadline.” Kim then imposed a sanction of $500 against the lawyers. The case proceeded but Kim found additional problems in the handling of the matter.

Kim said, “Plaintiff’s counsel’s conduct in this matter does not meet the standards of professionalism expected in this Court.”

On April 20, Kim issued a fourth order to show cause in the case. This one required Potter Handy to attend an in-person hearing on May 9 and show why 1) the case should not be dismissed; 2) the lawyers should not be sanctioned in the amount of $1,000; and 3) the court should not refer the lawyers to the Northern District of California’s Standing Committee on Professional Conduct. Kim has sanctioned Potter Handy attorneys three times in the past for failing to meet deadlines. In one recent case she noted, “Despite repeated apologies and promises to calendar deadlines, the Court notes that attorneys with [Potter Handy] continue to fail to diligently prosecute their cases. Instead, Plaintiff’s Counsel appears to do the bare minimum.”

More information about the firm’s plan for its ADA practice in the district may be forthcoming the week of May 9, when the firm faces a number of court-imposed dates and deadlines. The deadline to amend the complaint in the Chanel case is May 5, and declarations in the cases called out by Judge Chhabria are due on May 9 and 10. A hearing on Magistrate Kim’s Fourth Order to Show Cause is scheduled for May 9. Absent an extension, the firm’s initial response to the district attorneys’ suit is due May 11.

Potter Hardy did not respond to a request for comment on whether the firm has decided to halt new filings in the district and, if so, whether the cessation is temporary or permanent.