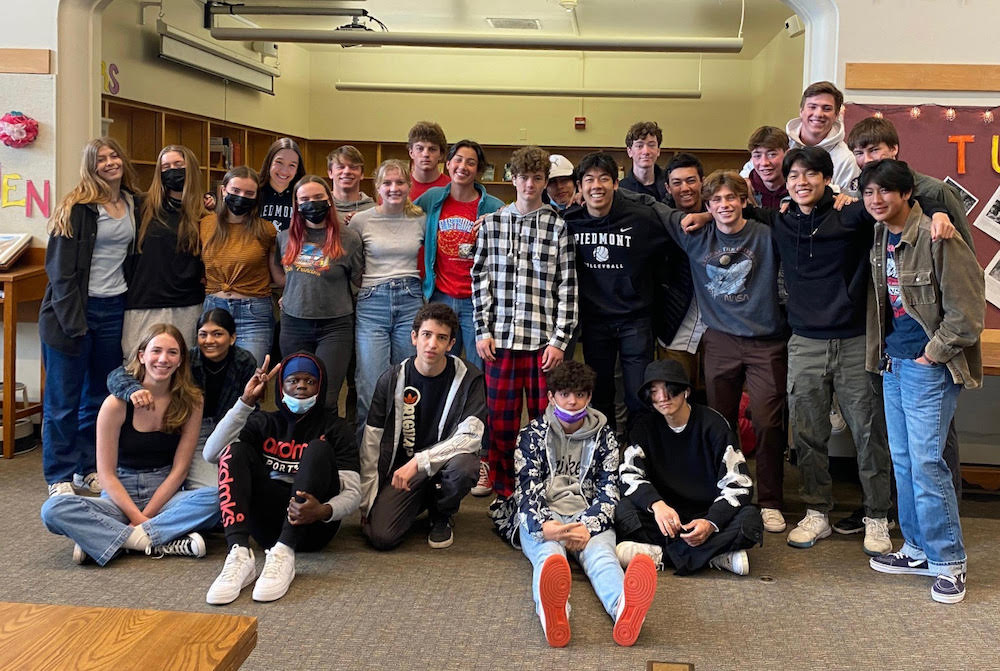 Dear Piedmont and the PUSD community,

Please fill out the Piedmont Recreation Commission’s Survey about the possibility (hopefully so!) of installing beach sand volleyball courts within Piedmont.

We are a group of Piedmont High School students who play on many sports teams at PHS: volleyball, lacrosse, baseball, swim, soccer, football, and track and field. We represent just a tiny slice of the students at PHS, MHS, and PMS who answered a Student Interest Sports Survey a couple of months ago that was sent out as part of Piedmont High School’s Title IX sports audit. The student survey asked what sport PHS should offer that it currently doesn’t. The top student vote was beach volleyball. (Beach volleyball as the top student vote confirmed by Bree DeYoung, PHS co-president of the Piedmont Athletic Council, and also one of two student reps on the PHS Title IX Sports Audit Task Force).

Please say YES to installing beach volleyball courts in Piedmont by **filling out the City’s interest survey HERE by May 10.**

We’re aware that possible sand court locations being considered are on campus (between the high schools and middle school campus) and also maybe in the Linda Beach re-design. Some of us have called into City Council and Recreation Commission public meetings to ask for outdoor sand courts, letting them know that high school and middle school teens need another outdoor, fun space to hang out within Piedmont.

These courts would be a shared use space for everyone in the community. Without an outdoor court(s) in Piedmont, there is nowhere to play nearby, and having courts would allow the Piedmont Recreation Department to offer camps to younger kids and the Piedmont Volleyball Teams would love to run camps. Most of our parents love to play too!

Fun fact: did you know that 84% of PHS students this school year play on Piedmont High sports teams? This community loves sports, and supports its students, so please take the survey.

Piedmonters can also email their thoughts to the Recreation Commission’s subcommittee on Volleyball: piedmont.bvb@gmail.com

Questions, or do you want to get on a group (Piedmont / PUSD adults) list of supporters for beach volleyball courts? Please email: KimLovesTahoe@gmail.com