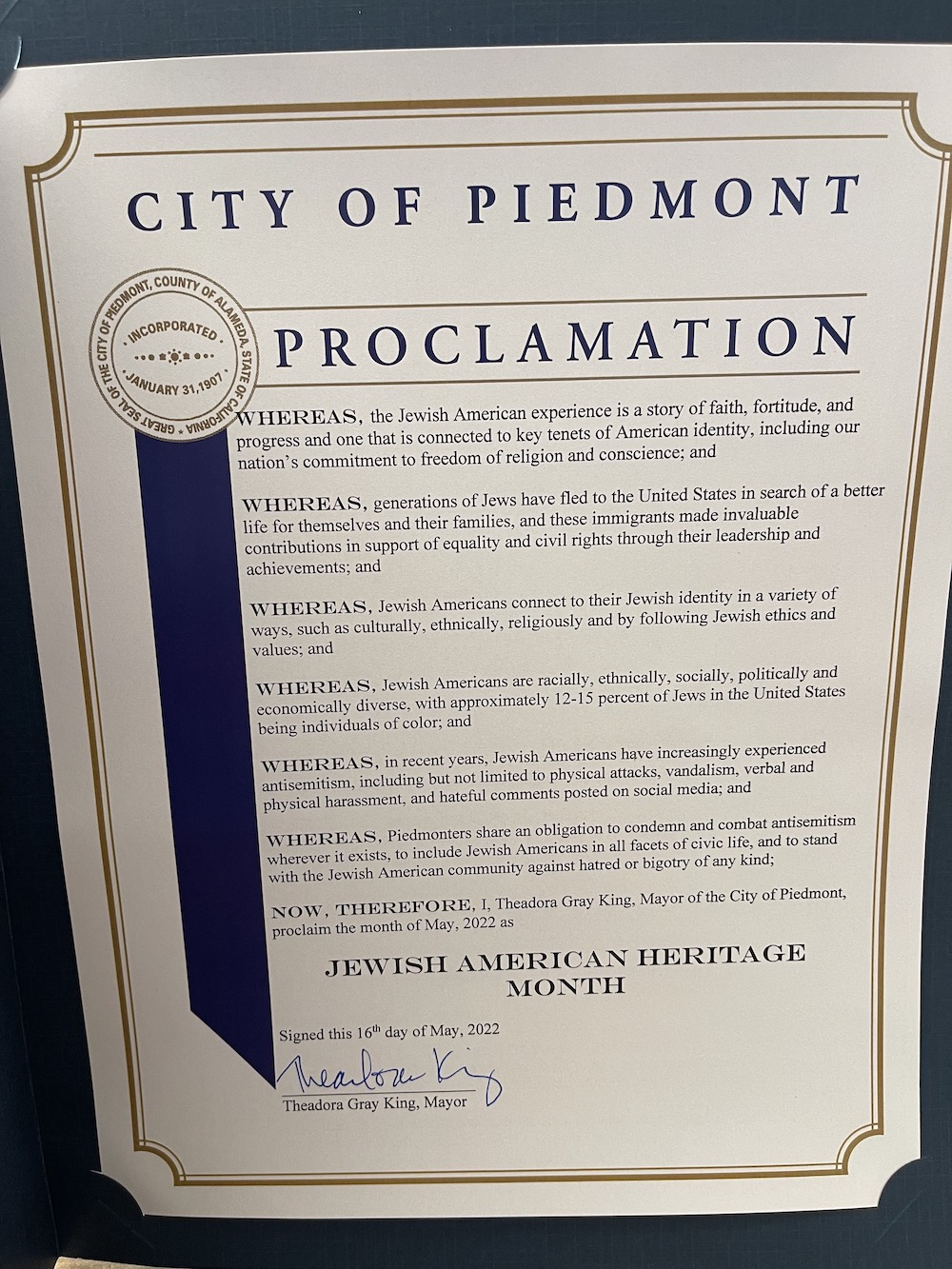 On Monday, May 16, Mayor Teddy Gray King and the Piedmont City Council issued a proclamation recognizing May as Jewish American Heritage Month, noting among other things, that Jewish Americans have increasingly experienced antisemitism, and that Piedmonters share an obligation to combat this and to include Jewish Americans in all facets of civic life.