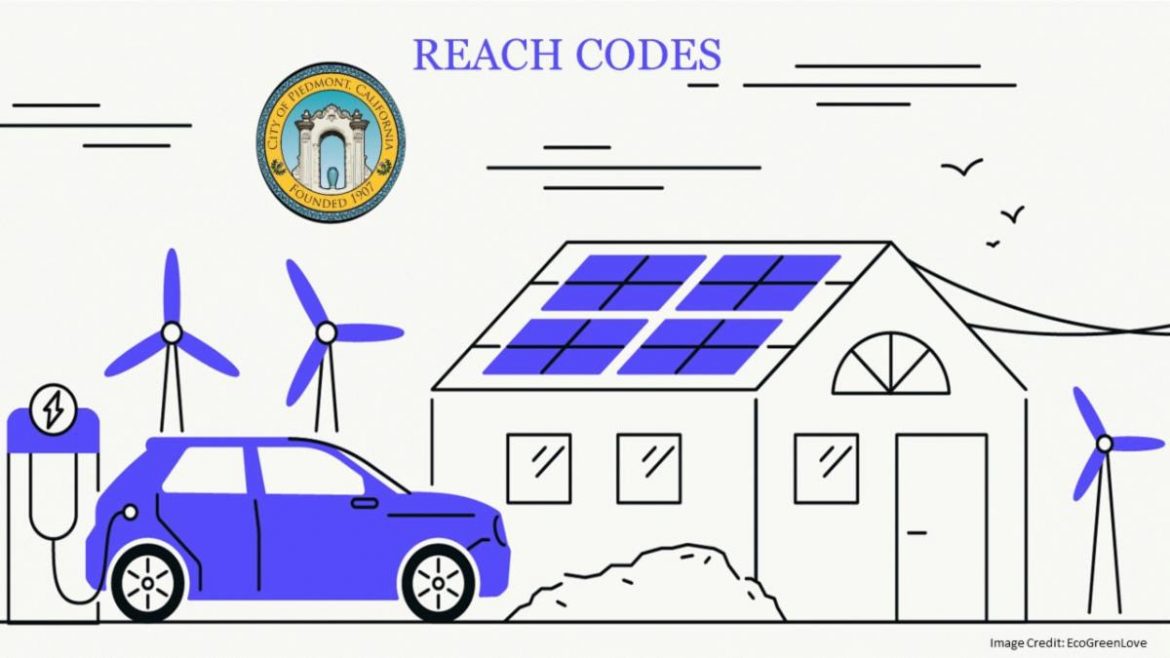 Taking meaningful action to fight climate change can be expensive, and some Piedmont City Council members Monday night said rebates, loans, or other financial help could one day help residents pay for projects to help the city meet its own climate action goals.

Such assistance was one piece of a larger discussion about the city’s Reach Codes and Home Energy Assessment Policy, and the status of those two programs designed to help Piedmont meet its own Climate Action Plan (CAP) 2.0 emissions reduction goals. The initial Piedmont Climate Action Plan (CAP) was adopted by City Council in 2010 and an updated CAP 2.0 was adopted in 2018.

The discussion about how to help Piedmonters pay for the home improvement projects essential in cutting the use of natural gas in favor of going electric is a serious one, Mayor Teddy Gray King said.

“I continue to worry that there are a lot of folks barely hanging onto a lifestyle in Piedmont – it’s expensive,” King said.

The Reach Codes and Home Energy Assessment Policy were first approved by the Piedmont City Council in February 2021. The Reach Codes are a series of local building requirements designed to bring energy savings and reduce natural gas use in the city, and help regulate new construction, roof extension projects, and home renovation projects.

Among the provisions in the Home Energy Assessment Policy is a city code requiring sellers of homes in Piedmont to provide a recent “home energy score” or “home energy audit” of those buildings to potential buyers.

Natural gas use in residential buildings is one of the biggest obstacles to achieving the city’s climate plan goals, making up about half of all local emissions. And Alyssa Dykman, the city’s sustainability manager, told the council Monday that Piedmont’s stock of large, older houses mean the city’s home energy audit numbers haven’t always been good.

Dykman told the council that from June 2021 to the end of January 2022 the city fielded 113 projects to which its Reach Codes applied; 65 percent of those projects were over $25,000, while 35 percent were over $100,000. There were 44 kitchen renovations, 17 laundry room renovations, 13 involving building a new detached Accessory Dwelling Unit, and one that included a second-story addition.

Among the next proposed policy steps to accelerate the city’s move to electric heating and appliances, Piedmont city staff says, were requirements for upgrades of appliances at time of equipment replacement, upgrades at time of major renovation, and “building performance” standards. Dykman also said city staff is considering creating Reach Codes that would apply to businesses and to residential structures of four or more stories, in anticipation of changes to the city’s Housing Element to accommodate almost 600 new residences in Piedmont by 2031.

Councilmember Jen Cavenaugh said city rebates and loans should be considered to help residents deal with the upfront costs of major improvement projects, and King said the city also should examine state, federal, and other governmental aid opportunities.

All of that would be in the service of fighting climate change. A city report says, “At a higher level, the city should consider developing an existing building electrification strategy to encapsulate said policy options and delineate a detailed, actionable plan for transitioning Piedmont towards a fossil fuel-free future.”

City staff asks that anyone who lives and/or works in Piedmont take an online survey to provide feedback about the current Reach Codes and suggestions for the next round. The survey will be open until May 20. All those who complete the online survey will be entered into a raffle to receive a sustainability prize. Take the community survey HERE.