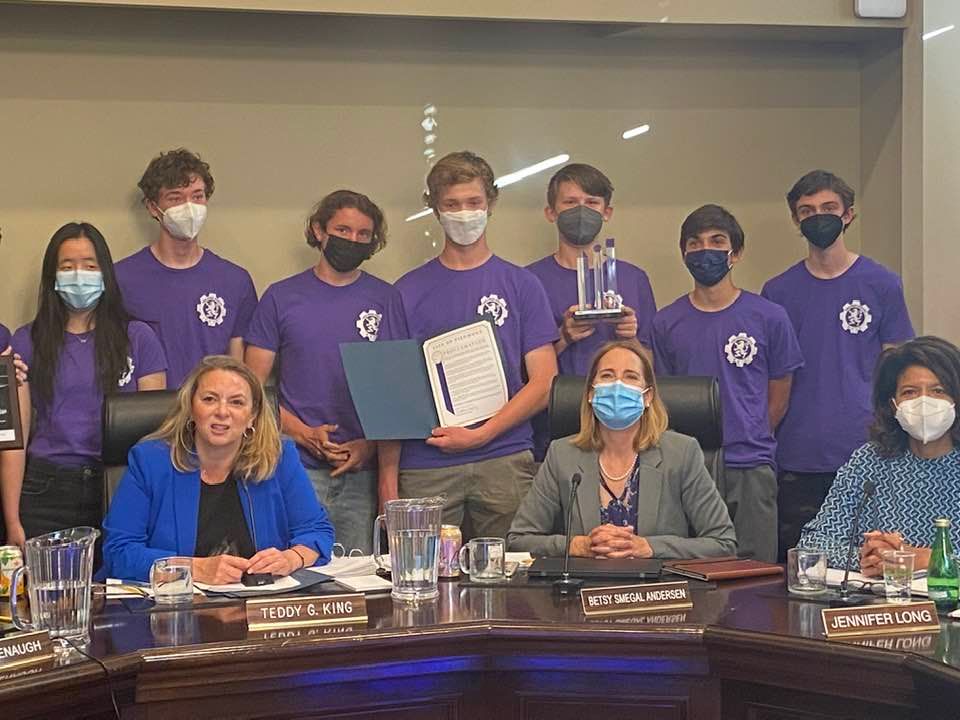 The Piedmont City Council, led by Mayor Teddy Gray King, on Monday welcomed members of the Piedmont High School robotics team (and their parents and families), which placed in the top 3 percent of teams competing at the 2022 FIRST Championship April 20-23 in Houston, Texas. Students from 43 countries took part, King said, and 31 students from the Piedmont team made the trip.

The council chamber was filled with student team members and their families, who received a proclamation from the council.