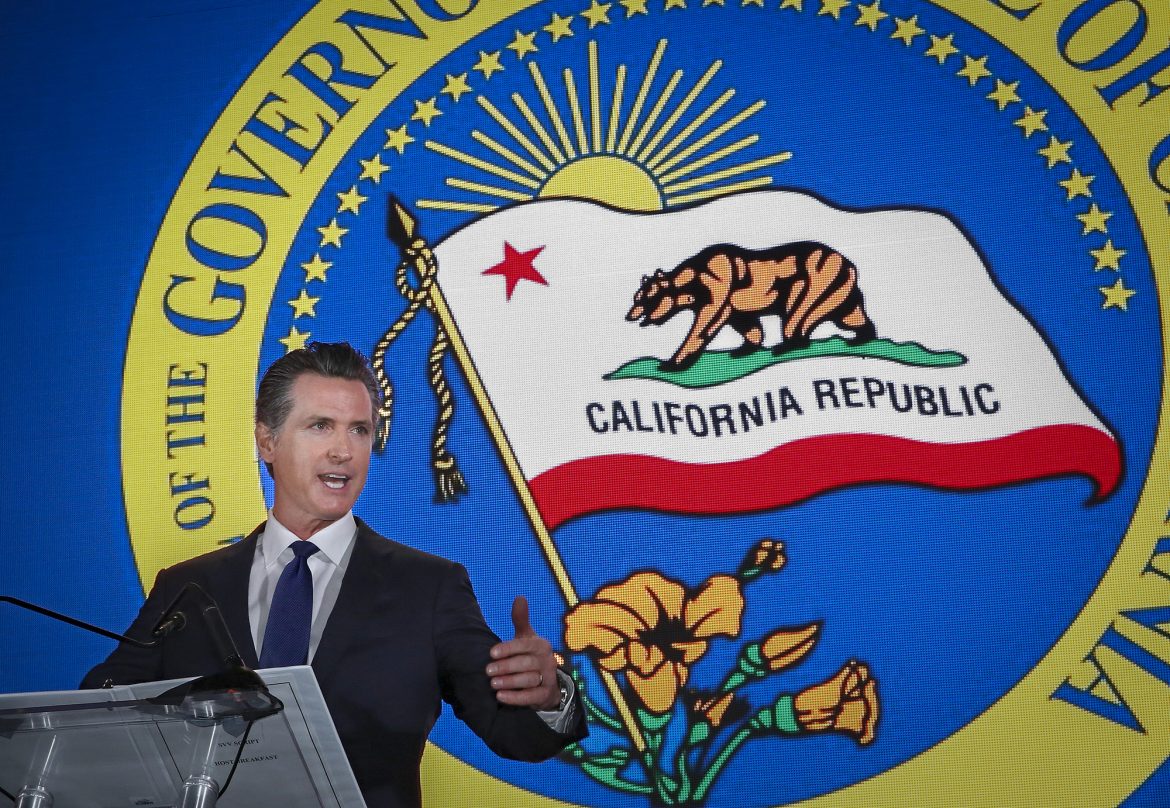 With state revenues continuing to defy projections, schools and community colleges would receive a record $128 billion in funding in 2022-23 under Gov. Gavin Newsom’s revised state budget, which he presented on Friday. That’s a remarkable $20 billion more than the governor proposed just five months ago and $35 billion, mainly in one-time state funding, above what Legislature passed in the current budget.

For an 11-page summary of Gov. Newsom’s May budget revision for TK-12, go here.

For higher education, Newsom reaffirmed his January budget pledge of a 5% increase to the base funding to the University of California and California State University for the next five years, in exchange for agreements to improve graduation rates and enroll more students and transfer students.

The TK-12 budget includes a 10% increase in general funding under the Local Control Funding Formula, which school districts and legislative leaders had made their #1 priority. It would increase to $73.4 billion, according to the Department of Finance.

The surge in funding, producing a total state budget surplus of $97.5 billion, will ease the plight of districts that have been buffeted by chronic absences and staff shortages this year.

Addressing superintendents’ biggest worry, Newsom would provide $3.3 billion to compensate districts for fluctuations in attendance caused by the Delta and Omicron variants. Since school districts and charter schools are funded based on the prior year’s average daily attendance, Newsom’s proposal will further boost next year’s funding and address superintendents’ biggest worry.

Newsom already had proposed leveling projected post-pandemic declines in enrollment by proposing to let districts to switch to a three-year rolling attendance. He agreed to go further, he said, after hearing from districts and education advocates that the measure wouldn’t go far enough to make up for their enrollment loss in recent years.

Bob Blattner, a school consultant, commended the governor. “While the details are lacking, the governor listened loud and clear about this year’s attendance collapse,” he said.

Newsom would also give districts $8 billion in discretionary, one-time funding, distributed on a per-student basis. He encouraged districts to address the continuing effects of the pandemic by supporting students’ mental health and learning challenges and to take unspecified actions to preserve staffing levels.

Over the past year, some districts have doubled pay for substitutes, and given staff thousands of dollars in stipends and offered signing bonuses, particularly for STEM and special education teachers.

Newsom touted his education proposals as education reform, while chastising governors of other states for focusing on arbitrary things like banning books or trying to fight “something that doesn’t exist,” critical race theory.

“That’s what all their time and attention goes to, that’s not education, period, let alone reform,” Newsom said. “We call it transforming public education, this will take some years but that’s what we’ve been doing the last couple years,” Newsom said. “We’re not just promoting, we’re investing, and you can see that reflected in these new investments.”

Based on initial reactions, educators and legislative leaders generally agree.

“There is a lot of overlap between the Senate’s and the governor’s proposals for K-12,” said Sen. John Laird, D-Santa Cruz, who chairs the Senate Budget Subcommittee on Education. “We went higher on base funding and on funding facilities and a little higher on learning loss grants. We believe in our priorities and will work with him and will try to land the plane.”

Newsom and the Legislature now have a month to negotiate the final version of the budget to meet the June 15 constitutional deadline.

“Educators welcome the very good news of robust revenues due to a strong economy and a budget proposal that would bring record funding for our public schools and community colleges,” said E. Toby Boyd, president of the California Teachers Association. “Our schools and students are still reeling from the pandemic and the inequities it exposed and this May Revise provides added hope that California’s 6 million students will be closer to having the resources they need to succeed.”

Other highlights of the TK-12 budget include:

On a cautionary note, the overall ongoing funding for Proposition 98, the formula that determines the percentage of state funding that must go to schools and community colleges, is projected to be $110 billion in 2022-23, the same as the current year ­– an indication that the three-year surge in revenue, mainly from capital gains receipts and personal income taxes, may be leveling off.

Not included in Newsom’s budget is a state subsidy for district contributions for employee pensions through CalSTRS and CalPERS, which face a $2 billion increase in 2022-23. Newsom also doesn’t include increased funding for busing students to school – a priority of both the Senate and the Assembly.

Reactions from legislative leaders and others were positive, but not unqualified.

“There were a number of positive aspects to the May revised budget, highlighted by the Covid relief,” said Troy Flint, vice president of the California School Boards Association. “We appreciated the inclusion of a cost of living adjustment above the statutory requirement.”

“At same time, when inflation is over 8% and higher for many items schools purchase, we will continue to push for a higher COLA and also to advocate for pension relief and home to school transportation funding.”

Expressing a similar reaction, Edgar Zazueta, executive director of the Association of California School Administrators, said, “Gov. Newsom continues to demonstrate his commitment to public school students and school funding stability. His revised budget proposal features, bringing average per pupil spending to a record $16,991, is a much-needed boost for schools that are still recovering from disruptions caused by the COVID-19 pandemic.”

Los Angeles County Office of Education Superintendent Debra Duardo, said, “I am so grateful that the Administration continues to make historic investments in public education. This proposal helps our school communities address the challenges the pandemic has created for our students, staff and families, as well as systemic inequities that existed before the pandemic.”

“This budget finally provides the resources needed to reimagine public education in a way that will transform the lives of young people today and in the future,” said Duardo, who is also president of the California County Superintendents Educational Services Association. The May revision adds $101 million in ongoing funding for the state’s county offices, which, the budget summary says, face similar cost pressures of school districts and charter schools.

The budget earmarks $157 million toward extending the current waiver on family fees for the state’s subsidized childcare. The proposal will help about 40,000 cash-strapped families save up to $595 a month during a time of rampant inflation, officials say.

“While we applaud the increased investments in a number of areas, including TK-12 and older youth mental health, much more is needed across the kids’ health, infant and toddler mental health, education (cradle to career), child welfare and economic security domains,” said Ted Lempert, president of Children Now, an advocacy organization. “The May Revise proposal fails to sufficiently leverage the unprecedented state surplus to significantly improve upon our current 34th state ranking in kids’ well-being.  A prime example where substantially more investment is needed is child care, a sector decimated by the pandemic.”