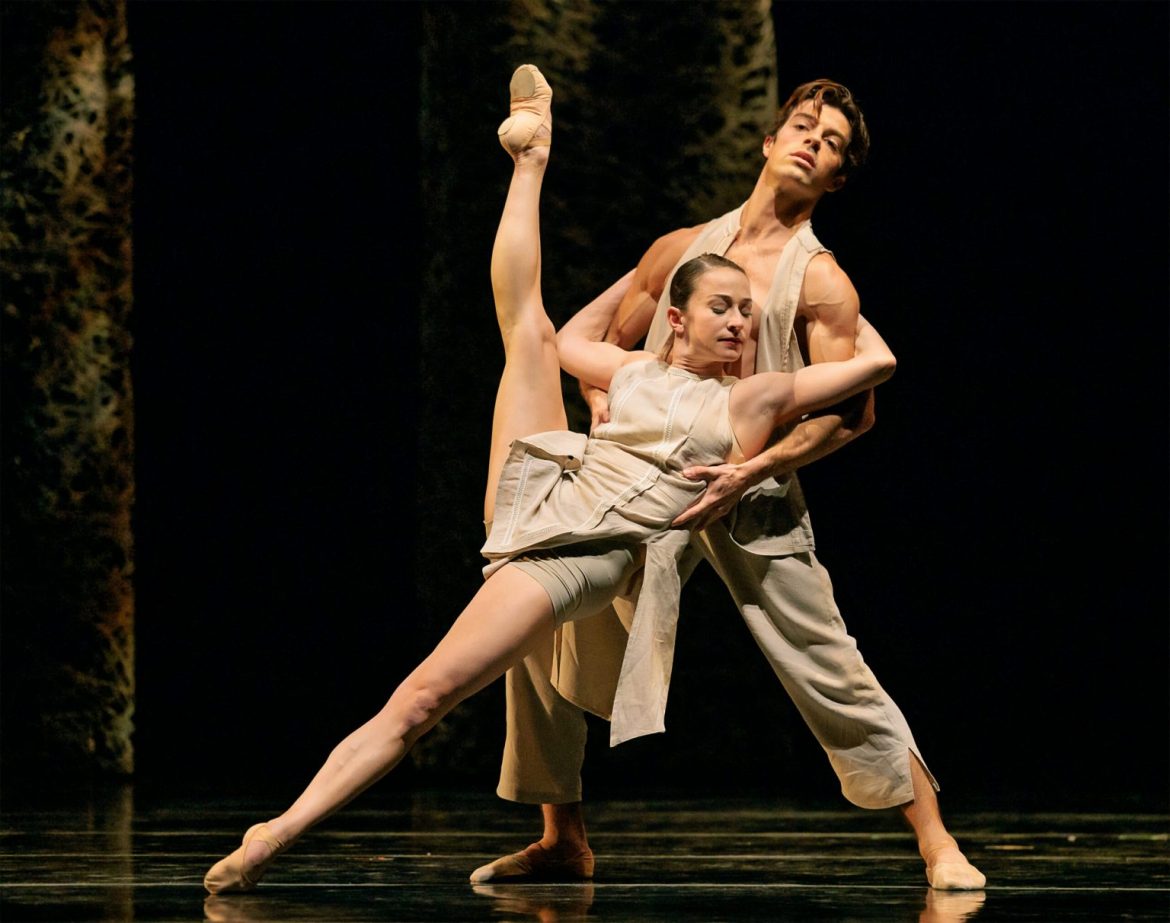 Ladies to the podium: There is an entirely welcome, if perhaps a bit belated, parade of women conductors coming to lead the San Francisco Symphony throughout the month of May and into June, and it begins at 2 p.m. Thursday with Xian Zhang, music director of the New Jersey Symphony, making her orchestral debut in Davies Hall.

On her program, fittingly enough, are two works by women: American violist and composer Nokuthula Ngwenyama’s “Primal Message,” originally written for viola quintet but given its orchestral premiere under Zhang last year, and early 20th century American composer Florence Price’s 1933 Piano Concerto in One Movement, with soloist Aaron Diehl bringing it here for the first time on his own local debut. Traditionalists will be pleased as punch with the major work on her program — Antonin Dvorak’s much-beloved Symphony No. 9, “From the New World.”

Prodigy to seasoned pro: American violinist Sarah Chang, who first picked up her instrument (scaled down to her tiny size) at the age of 4, made an astonishing orchestral debut just four years later with the New York Philharmonic and became — almost instantly — the stuff of legend.

Some three and a half decades later, it’s hard to think of a major orchestra or a famous conductor she has not collaborated with. Also an accomplished recitalist, she will come to the Herbst Theatre stage on Mother’s Day, accompanied by pianist Julio Elizalde.

On their program are the Romanian Dances by Bartok, the Brahms Sonata No. 3 in D minor and César Franck’s Sonata in A Major.

New songs, new setup: Canadian born singer-songwriter Leslie Feist — best known by her stage moniker Feist — learned early on in her music career that her exquisite and expressive singing voice is not well-suited for screeching or shouting. This was when she joined her first band, the punk outfit Placebo, and promptly threw her voice out trying to keep up with the band’s thunderous stage volume.

After taking time off to rest her vocal chords and further develop her instrumental and songwriting musical skills, Feist performed with a variety of indie rock/pop acts, most notably the acclaimed outfit Broken Social Scene. Then came two solo albums that changed everything. “Let It Die” (2004), with its mix of everything from pop and R&B to bossa nova (not to mention the gorgeous pop nugget “Mushaboom”) established Feist as a clever and talented artist on the rise. “The Reminder” (2007) — with its singles “1234” (which was used in an iPod Nano commercial and led to a memorable “Sesame Street” appearance) and “I Feel It All” — made Feist a pop star, even if it seemed she did not want to be one.

Her output since then has been fairly slight, and she has spent as much time collaborating with artists ranging from Beck and Wilco to the Georgia metal band Mastodon, as she has on her own material. Her latest venture, the concert show “Multitudes,” shows new sides to her ingenuity. Consisting of all new pandemic-inspired songs, the show is designed as an intimate, immersive concert in the round, with real-time video images that establish the audience as part of the performance.

The show stops at Stanford University’s Memorial Auditorium for shows at 7 and 9 p.m. Thursday through Saturday. Proof of vaccination or negative COVID test is required, and masks must be worn in the theater. Tickets are $99-$200; go to https://live.stanford.edu/.

Playful & defiant: Smuin Contemporary Ballet is back with another program that showcases the artistry and versatility of the popular company. Titled “Dance Series 2: P.S. Forever Smuin,” the show marks the revival of two acclaimed but very different works.

One is Val Caniparoli’s positively playful “Confessions” (originally titled “If I Were a Sushi Roll”), a series of mirthful vignettes on all manner of topics tied together by some seriously impressive modern choreography. The other is Amy Seiwert’s powerful “Renaissance,” a piece inspired by a 2019 protest by women in Kerala, India, who formed a 385-mile “wall” to call attention to gender inequality in their country. The work is set to an a cappella score recorded by acclaimed vocal group Kitka.

Also on the bill is an updated series of works created by company dancers Tessa Barbour and Brennan Wall. Performances run Thursday through Saturday at the Yerba Buena Center for the Arts in San Francisco, before the show moves to the Mountain View Center for the Performing Arts (May 19-22) and Carmel’s Sunset Center (May 27-28). Be sure to check the venue’s COVID safety requirements before you go. Tickets are $25-$84; go to https://www.smuinballet.org/.

Jazz prodigy: Joey Alexander’s early and all-encompassing love for jazz music has made him an internationally revered groundbreaker. Born Josiah Alexander Sila, he got hooked on his dad’s jazz album collection as a youngster — he was reportedly especially partial to releases by Louis Armstrong, Thelonious Monk and Bill Evans — and taught himself to play the piano by age 6. Three years later, he won his first major competition, the Master-Jam Fest, and soon he was playing at frontline music festivals and venues around the world, including Lincoln Center, at the invitation of Wynton Marsalis.

By then, he was also composing music and released his first full-length album, “My Favorite Things,” at age 11, becoming the youngest musician to earn a Grammy nomination in jazz and the first Indonesian to land an album in the Billboard Top 200 album. He has racked up additional milestones since then but the main thing that has endeared Alexander to jazz fans is that the kid can really play, exhibiting lots of technical flair and stunning interpretive skills.

You can see and hear for yourself when Alexander, who released his sixth studio album, “Origin,” earlier this year, brings his trio to two Bay Area venues. He performs at 7:30 p.m. Friday at Walnut Creek’s Lesher Center for the Arts, ($37-$62; https://www.lesherartscenter.org/). He also plays at 7 p.m. Saturday at Kuumbwa Jazz Center in Santa Cruz ($34-$68.25; https://www.kuumbwajazz.org/). Currently, proof of vaccination and masks are required at both venues, but check the most recent safety guidelines before you go.