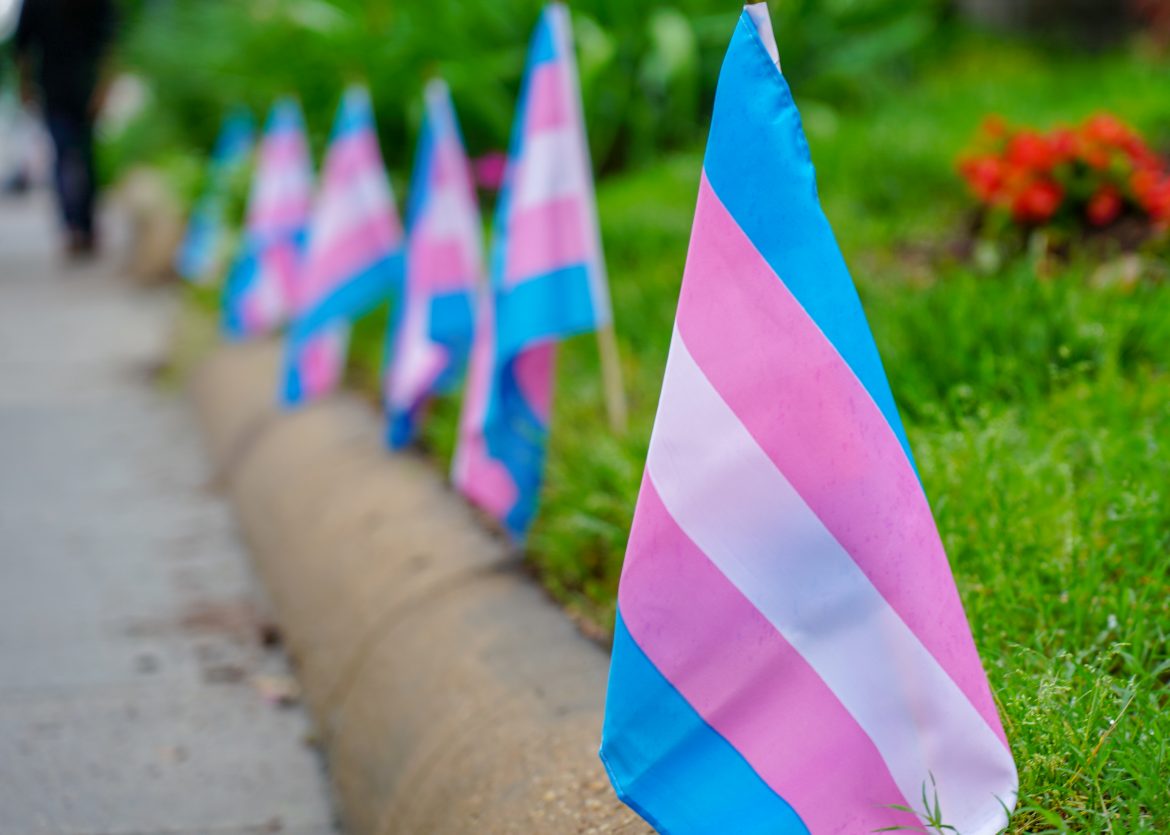 A sidewalk display of transgender flags.

As states across the country pass or move to pass laws criminalizing gender-affirming care for trans youth, Sen. Scott Wiener (D-SF) is doubling-down on his push for Senate Bill 107, which would make California a “refuge” for trans minors and their parents fleeing prosecution in other states.

Alabama is the latest state to criminalize gender-affirming healthcare for youth, such as puberty blockers or hormones, which are often given to patients under the age of 19 under the guidance of a doctor. The law, entitled the Alabama Vulnerable Child Compassion and Protection Act, went into effect on Sunday and is punishable to up to 10 years in prison.

“Today, trans kids in Alabama lost two of their most fundamental rights: access to health care and bodily autonomy,” said Wiener. “Alabama’s vile decision to criminalize gender-affirming care by physicians — and to parents for supporting their trans kids — will cost lives.”

The Alabama law also requires school counselors, nurses, and others to notify parents if a child discloses that they may be transgender.

In California, SB 107 would prohibit other states from subpoenaing medical records for the purpose of punishing families seeking gender affirmative care or taking their children away from them. It would also prohibit law enforcement agencies from making or intentionally participating in the arrest of an individual with an out-of-state warrant for allowing a child to receive gender-affirming healthcare.

“When our LGBTQ kids’ lives are on the line, we must not stand back and play defense,” said Wiener. “It’s time to go on offense and ensure that every trans kid in Alabama and across the country has access to the lifesaving care they need.”

Trans youth who are given access to gender-affirming care are 60 percent less likely to have moderate to severe depression and are 73 percent less suicidal, according to the Journal of the American Medical Association, or JAMA.