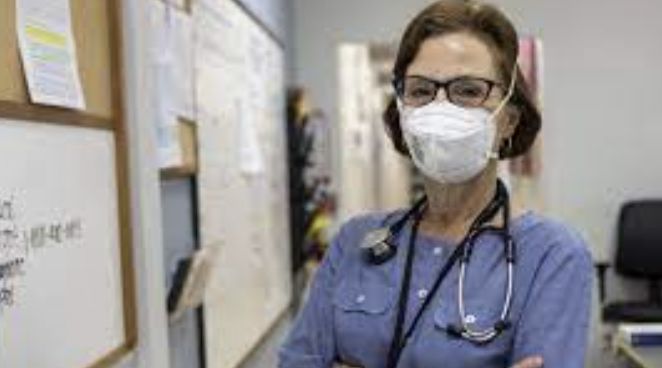 Doris Rosellini is a retired doctor who decided she didn’t want to be completely retired. So the 66-year-old physician recently joined an innovative Bay Area program that allows her to practice medicine one day a week in a community health clinic, a facility that provides health care to low-income patients.

Rosellini, a family physician, found a job at La Clinica in Pittsburg in Contra Costa County through the Encore Physicians Program. One day each week, she drives there from her home in Walnut Creek. Other days, she has time for cooking, hiking and travel.

“As a physician you either work part-time for a large organization or full-time,” she said. “And what I liked about the Encore opportunity is that I can work one day a week, [or] more if I want to, and it’s a setting where physicians are really wanted.”

Encore, which is based in San Francisco, is known nationally for programs that place retired executives into second careers at nonprofits. So far, more than 2,000 people have done that. In contrast, the Encore Physicians Program is much smaller, and is specific to the Bay Area region. It has placed 20 physicians with community health clinics since it began in 2018.

The community health clinics, which provide health care to patients who have no insurance or Medi-Cal, often have trouble competing with larger medical groups that offer higher salaries to physicians. The clinics don’t usually have access to specialists, which Encore can provide, said Mike Rizzo, director of the Encore Physicians Program. Among its ranks are retired cardiologists, neurologists and OB/GYN physicians.

“This fills a gap and a need for the community health clinic, and then it gives retired physicians a chance to use their expertise,” Rosellini said.

It’s also a way for senior doctors to mentor other health practitioners — and to keep learning.

“The younger providers are way better at the electronic medical records than most older providers, but the older providers have the experience and medical knowledge,” Rosellini said. “So it’s a great medical exchange.”

Rizzo, a retired Oakland radiologist, likes his matchmaking role as director of the Encore Physicians Program.

“There are two groups aligned in what they’d like to do who really don’t know each other well,” he said.

A key part of the program, he said, is that the Encore physicians are paid, and are not volunteers. Community health centers also pay for the doctors’ malpractice insurance.

Rizzo said the program asks the physicians to commit to their jobs for at least a year.

“In fact, what we find is that almost everybody continues to work beyond a year,“ he said. “It’s low-stress in general compared to the work they used to do.”

Retired internist Arthur Bakal, 68, connected with the Encore Physicians Program to land jobs at LifeLong Medical Care clinics in East Oakland and San Pablo. He currently practices remotely for the San Pablo clinic two days a week, working with clients over the telephone from his home in Piedmont.

Among the medical problems he focuses on are COVID, diabetes, hypertension, colds and pneumonia. Each patient meets with him for 20 minutes, and because they are Spanish-speaking, a translator is on the phone at the same time.

Bakal retired from Kaiser Permanente in Oakland in 2018 after a 35-year career. In addition to his medical work, he also hikes, bikes and does volunteer work, including tutoring an elementary school student.

The Encore Physicians Program has a fan in Dawnell Moody, the chief medical officer at Axis Community Health, a clinic that serves patients in Dublin, Pleasanton and Livermore.

“We often aren’t able to provide some of the in-house specialty services that other health organizations are able to,” Moody said. “Encore allows us to have in-house podiatry, some cardiology, some orthopedists and also help supplement our primary care provider goal.”

Four Encore physicians work for the clinic in Pleasanton, which serves 14,000 patients a year.

Rizzo said he’d like to see the physicians program continue to expand.

“There are a whole lot of people out there who would potentially like this part-time work after they retire, but we haven’t got to them,” he said. “If I had more recruits, I could place more physicians at this time.”

Rizzo said an expanded program could particularly benefit the parts of Northern California that don’t have as many physicians as the Bay Area does.

The costs of the program are paid by a grant from the Northern California Kaiser Community Services, Rizzo said.

For more information on the Encore program, go to https://encore.org/encore-physicians-program.