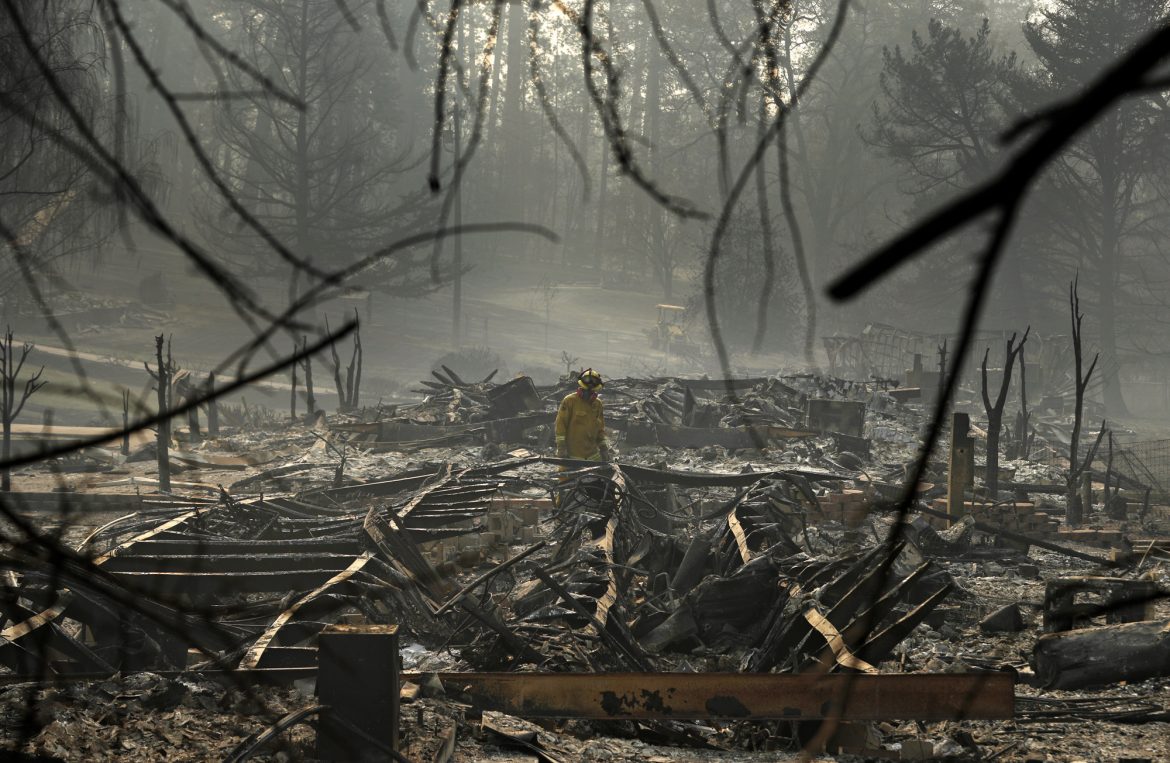 A firefighter searches for human remains in a trailer park destroyed in the Camp Fire on Nov. 16, 2018, in Paradise. A lobbyist seeking a $1.5-billion state loan to help tens of thousands of victims of devastating California wildfires is leaving his job amid a sexual harassment scandal. The PG&E Fire Victim Trust reported April 20, 2022 that Patrick McCallum and the trust “have agreed to part ways." Photo by John Locher, AP Photo

All roads lead to Sacramento.

That’s one takeaway from the convoluted series of events that led to tens of thousands of PG&E wildfire victims losing one of their top advocates in the state Capitol this week — just one day after veteran lobbyist Patrick McCallum pitched Gov. Gavin Newsom’s staff on the idea of a $1.5 billion loan to ensure survivors are fully compensated.

The PG&E Fire Victim Trust announced Wednesday that it and McCallum had “agreed to part ways, effective immediately, in light of certain recent publicly disclosed developments.”

Those developments could pose problems not only for the already beleaguered Fire Victim Trust — which a KQED investigation found has been slow to pay victims and quick to rack up big bills for lawyers and consultants — but also for the California State University system. Here’s why:

But let’s pivot back to PG&E — and run through a rapid round of Thursday environmental news: