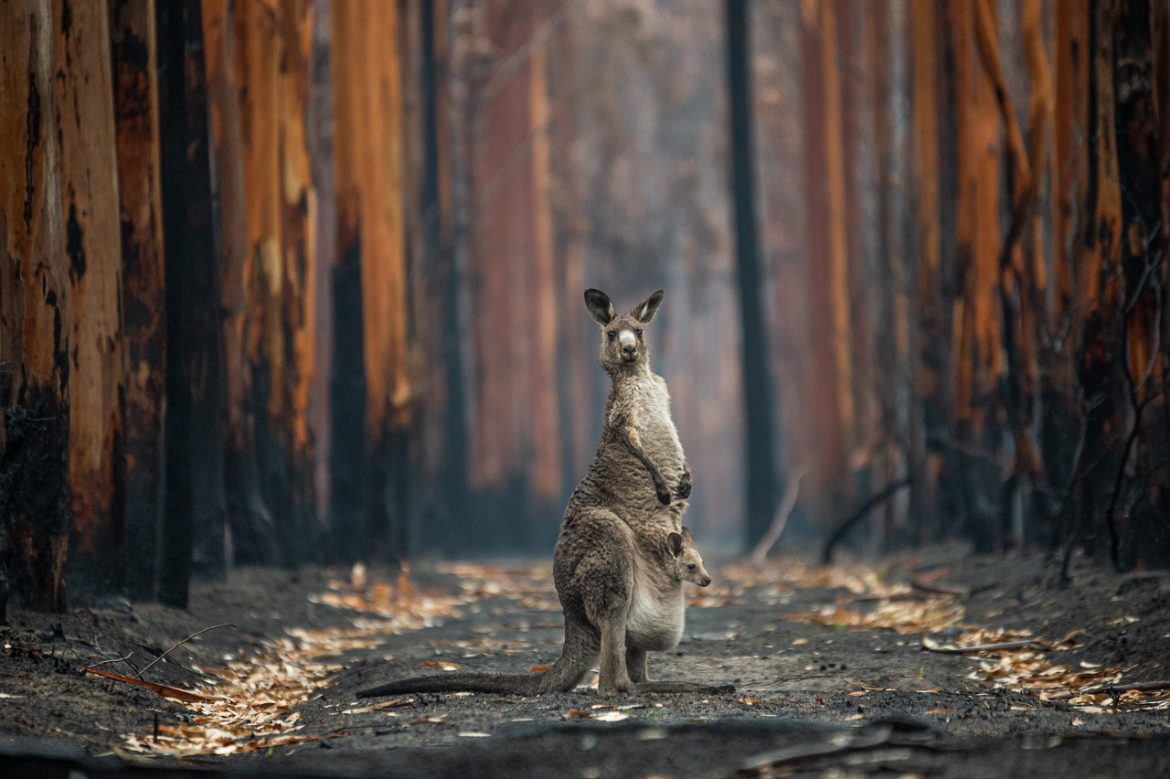 Forty-nine nature-focused photographs, each of them unique, moment-capturing and worthy of an admiring stare. That’s what’s in store for visitors of the “BigPicture: Natural World Photography” exhibition, open now through April 19 in the California Academy of Sciences.

“BigPicture is about using the power of photography to observe the bigger picture: life on this magnificent planet and our place in it. It’s a chance to get up close to huge swaths of the world that you wouldn’t ordinarily see,” says Rhonda Rubinstein, creative director at Cal Academy and BigPicture cofounder.

The stunning images on display in Cal Academy are the winners of the annual BigPicture photography competition, featuring six categories: Aquatic Life; Art of Nature; Winged Life; Terrestrial Wildlife; Human/Nature; and Landscapes, Waterscapes, and Flora, as well as Photo Story: Taking Action, which Rubinstein describes as “a larger story told in both images and text.”

In its eighth year, the contest offers monetary prizes and is a platform for nature, wildlife and conservation photographers to share their work with a wide audience.

Says Rubinstein, “BigPicture’s selecting of these images as award-winning becomes newsworthy in and of itself. And we distribute these photographs worldwide through our media partner, bioGraphic (Cal Academy’s online magazine about science and sustainability). So it really amplifies the photographers’ work and the critical issues that they’re portraying.”

In addition to an up-close view of animals, landscapes, underwater scenes and other breathtaking views of nature, the BigPicture exhibition provides attendees with detailed information with each photograph — the who, what, where and when components, plus considerations of why.

Rubinstein explains that what makes the exhibition special is the combining of these beautiful images with great stories behind them — photographers’ explanations of how they obtained the images and scientists’ considerations of related aspects.

She shares, “The scientists offer context and address questions, such as ‘Why are those animals so rare?’ Or, ‘Why are they behaving in this way? What has caused this? A change in the ocean temperature?’ So they’ll have a perspective from their research or their knowledge, and that is yet another layer to add on to the images. You get the photographer’s point of view, you get our research related to the images’ background — we give some context of it — and the judges will also provide their perspective on why these are award-winning images and what makes them so spectacular from a photographic perspective.”

Each year, BigPicture photo submissions are reviewed by a panel of judges, including jury chair and award-winning photographer Suzi Eszterhas. From there, they select a total of 49 of the photos as the winners and finalists, with one as the grand prize winner. For Rubinstein, the judges and the BigPicture contest in general, getting more women photographers to submit their work is a crucial and ongoing aim.

As Rubinstein explains, “Four out of the eight previous Grand Prize winners were women, so we had thought that we had a fairly good representation of women photographers. But, when we changed our platform two years ago, we were able to see the number of entries by women and men … and we realized that the percentage of women who entered was quite low. And so we wanted to even up the odds and have more women enter the field.”

The BigPicture’s Women in Wildlife Photography initiative — with its focus on addressing the gender imbalance in the competition and in the field of wildlife, nature and conservation photography in general — is a new and promising means to make improvements on the gender equity front.

Rubinstein says, “Photography itself is more male-dominated — when you get to photojournalism, it’s even more so. And wildlife photography has traditionally been a very male-oriented field because of biases related to how difficult it is to be in the field. So we really wanted to address that issue.”

In addition to offering a discount for women to enter the BigPicture contest, Rubinstein and the judges reached out to women in the field, discussed ways to offer encouragement and support and to build community and focused on the issue via Cal Academy’s morning livestream, the Breakfast Club.

And these efforts have had a positive effect: Previously, only 15% of the photographers who submitted their work to BigPicture were women; that percentage has since increased to 30%.

The BigPicture show certainly brings awareness to important issues, both through the photographs and in relation to the individuals behind the lens. Rubinstein describes the exhibition as engaging for children and adults alike, and as an opportunity to see what’s going on in the world.

She notes, “It also creates an emotional connection, which is really what we need now.”