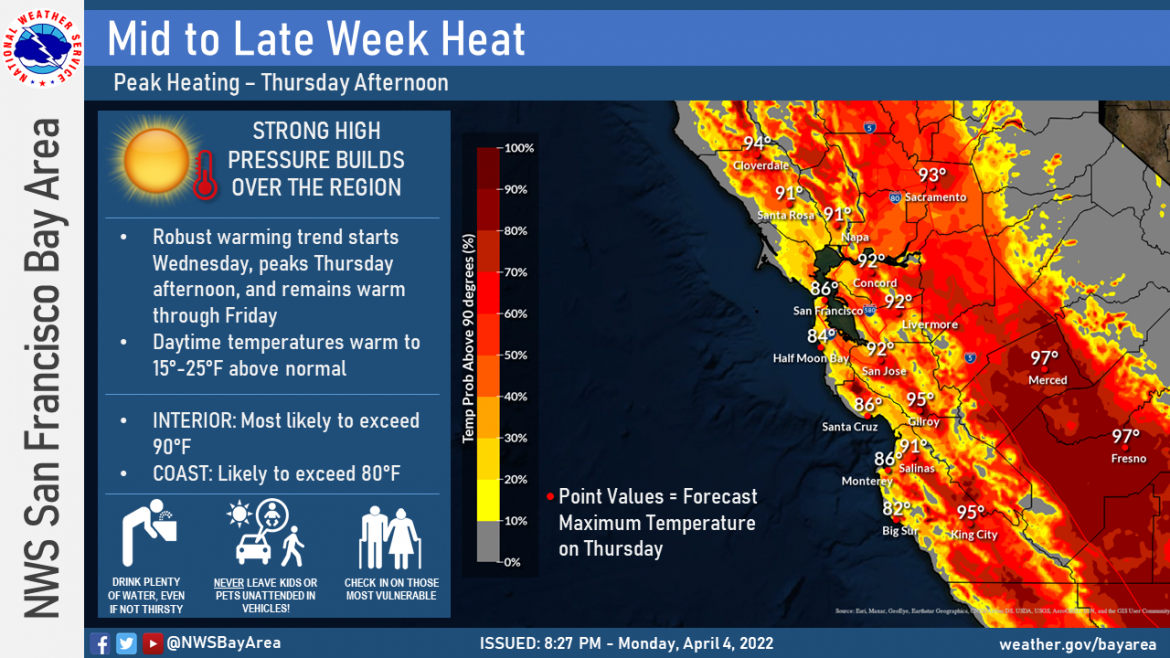 Spring may look more like early summer by the end of the week as a mini heat wave comes to the Bay Area, the National Weather Service reported.

A similar April heat event of this magnitude last occurred April 5-10, 1989. The NWS reminds people to stay hydrated and check in with those people most vulnerable to elevated temperatures.

However, the above average heat won’t stick around. By early next week, cooler than normal temperatures may bring a possible return of some overnight rain, according to the weather service. Highs on Sunday in Piedmont are forecast at around 66 degrees, with high temperatures falling to only 60 degrees Monday.