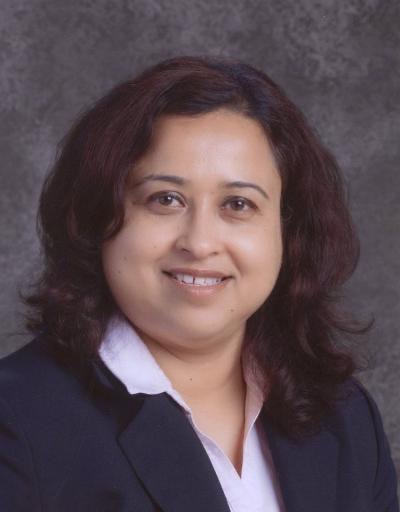 The Piedmont Unified School District (PUSD) announced on Friday, April 22 that it has hired Sukanya Goswami as the new principal of Piedmont High School, replacing Adam Littlefield who announced his retirement on February 16. Pending Board of Education approval on April 27, Goswami will assume her new position on July 1. Goswami was selected from a pool of 18 applicants, according to PUSD.

From the PUSD press release:

Currently serving as Assistant Principal at Miramonte High School in Orinda, Ms. Goswami brings 20 years of experience in secondary education to PUSD — four as a site administrator, one in a district leadership position, and 15 as a high school English teacher.

“I am excited and grateful for the opportunity to join PUSD as principal of Piedmont High School,” Goswami said. “The school and district have a tremendous reputation and the Piedmont community as a whole is well-known for its unwavering support of students and education. I look forward to becoming a part of Piedmont and building on the great work being done in and out of the classroom.”

“Ms. Goswami demonstrated throughout the interview process that she has the skills, intellect, experience, and convictions to meet the demands of this position, as well as an ability to build a community to face whatever challenges lie ahead for PHS,” added PUSD Superintendent, Randall Booker. “We came away feeling she has a strong understanding of what it means to lead in an academically high-performing environment, and is eager to work with teachers and staff to build high expectations and a culture where people want to take part.”

Born and raised in India, Ms. Goswami taught English at the middle and high school level in India and France before moving to the United States in 1998. She worked in the private sector until 2004, when she was hired as an English teacher at Granada High School in Livermore, working there for one school year before moving on to Newark Memorial High School where she remained for 14 years — serving five years as the school’s English Department Chair and three years as Professional Learning Community (PLC) Coordinator. In 2018, Ms. Goswami moved into an administrative role as vice principal of Westmoor High School in Daly City, where she spent three years before moving into her current position at Miramonte High School.

Both as an educator and as a leader, Ms. Goswami says her educational philosophy is based on creating opportunities for students and staff. “As an educator, my goal has been to remove barriers to create equitable opportunities for all students and to create a culture that benefits all aspects of student growth – behavior, academic and socioemotional. As a leader, I strive to motivate educators to learn from one another, both at the site and in external professional learning opportunities.” Ms. Goswami resides in Fremont with her husband and two sons.

An interview panel consisting of 22 members representing classified staff, teachers, administrators, high school students, parents, members of PADC and PREC, and the school board interviewed the applicants. The complete interview process consisted of four rounds which included a video and written response and three rounds of live interviews.