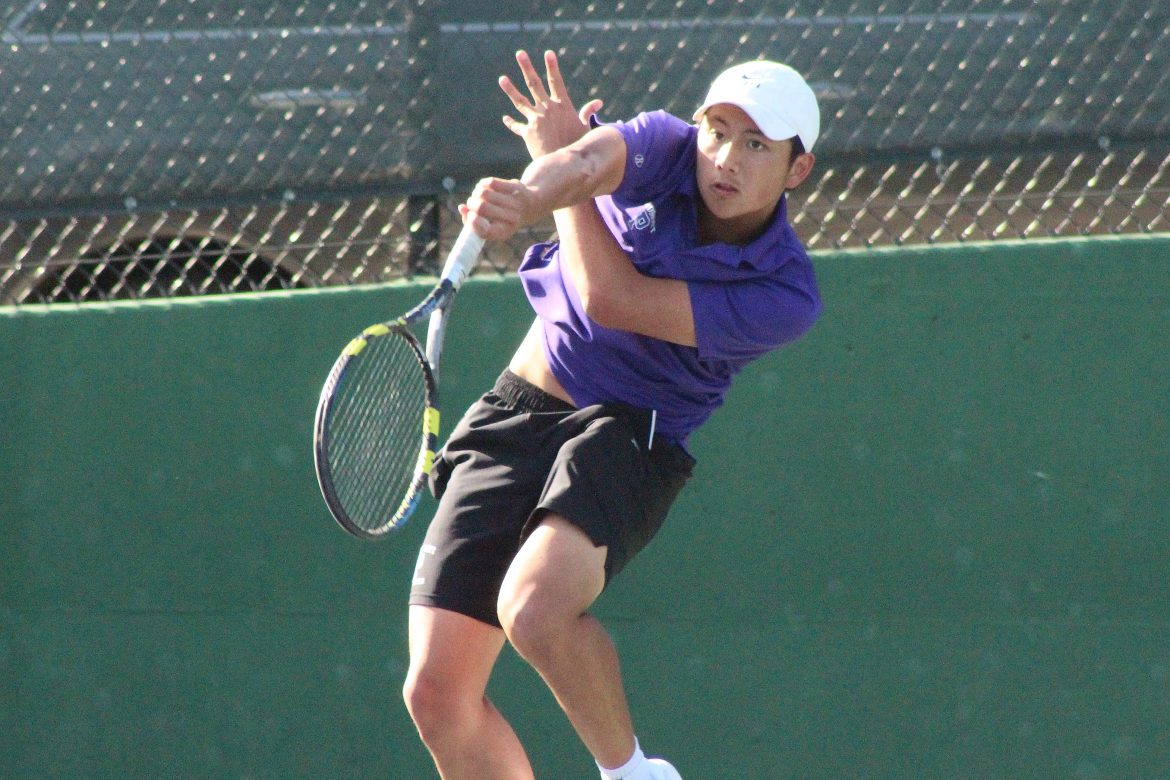 The Highlanders completed their regular season with a 7-0 sweep over visiting Bishop O’Dowd on April 27.

Piedmont did not drop a set against the Dragons on senior day, as several players moved around on the ladder. Charlie Lambert defeated Alex Baertsch-Chow at No. 1 singles, 6-3, 6-1.

Lambert injured his back during the season and missed three weeks. Plus, he went to the robotics world championships. He’s happy to be back.

“I missed a lot of the season,” he said. “I’ve been trying to get in matches here and there and play as much as possible. I definitely haven’t been playing my best tennis, but it has been a lot of fun.”

“I’m getting there. Hopefully for WACC, I’m all good.”

“I think they just wanted to have people play what they wanted to play,” Baudendistel said. “I played fine. At the end of the first set I felt a little discombobulated. I’m excited (for the WACC championships). It’ll be more fun competition.

“It was a great way to end the year (beating Bishop O’Dowd). I really, really enjoy this team. Out of all four years, this is definitely my favorite.”

In doubles, Charlie Olcott teamed with Lenni Burchardt (the team’s regular No. 2 singles player) at No. 1 and defeated Michael Chung and Max Hamilton, 6-0, 6-1. Carson Hicks and Oliver Maxwell beat Neo Chai and Alex Byrd at No. 2, 6-2, 6-3. Jacob Hsia and Charlie Sullivan won the No. 3 match over Max Schou and Kyle Bunn, 6-0, 6-0.

Pham and Monte Imburg won the No. 1 doubles over Josh Kuwana and Keegan Shirley, 6-3, 6-0. Sullivan and Hicks defeated Daniel Priem and Elliott Simon in the No. 3 match, 6-3, 6-1. The Trojans defaulted the No. 2 match.