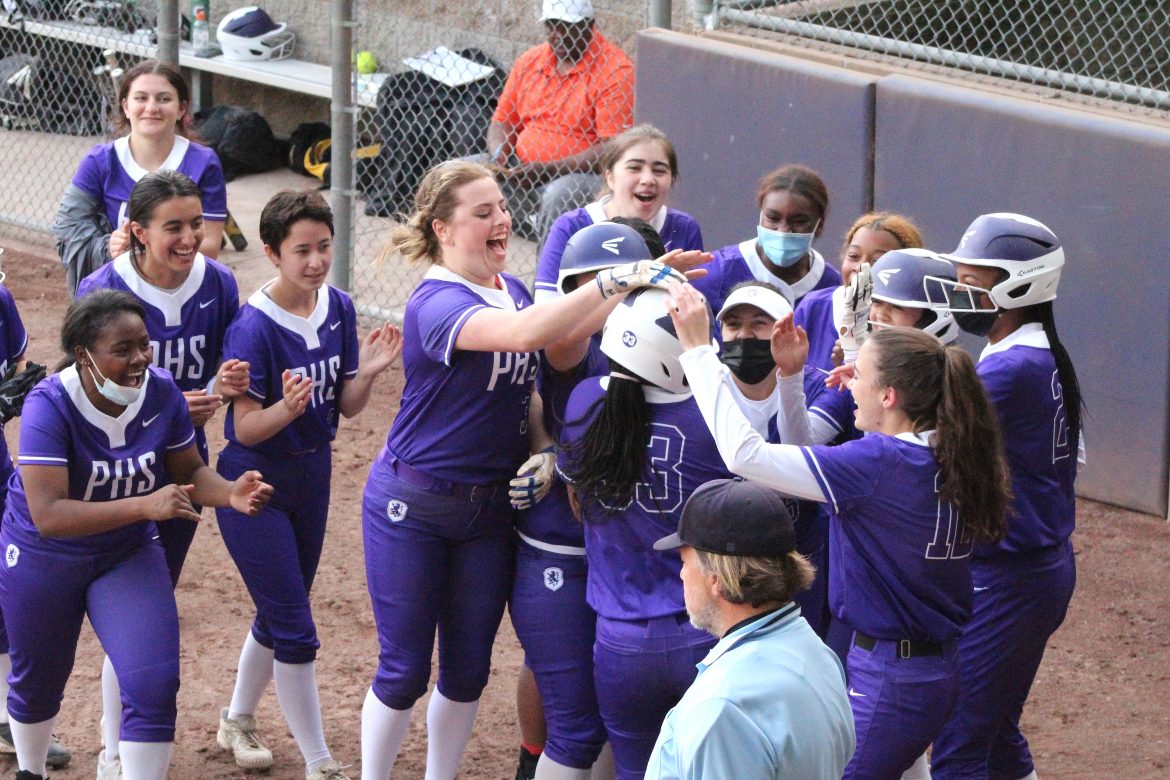 The Highlanders beat three WACC rivals, with two of the games shorted by the 10-run rule.

It was a wild game on the scoreboard, with Piedmont going up 14-2 after three innings, then watching the Grizzlies rally back. San Lorenzo cut the lead to 15-12 with seven in the fourth and three in the fifth.

Annabel Castronovo got the start and pitched well, allowing just two runs in her four innings. Ginger Gardner came on to pitch the fourth and fifth and allowed 10 runs, but several were unearned.

Castronovo allowed three consecutive hits to start the game before settling down. Cemira Wiley doubled in a run for San Lorenzo, but Castronovo got the next three hitters to strand runners at second and third.

Alisson Nurinda started for the Grizzles and hit leadoff batter Angelina Wu. Nurinda ended up hitting three batters, walking two and recording one out before being replaced by Leilani Holley. Nurinda took the loss.

Gretchen Gerhardy singled in two, and a 2-run error on a ball hit by Leah Bell keyed an 8-run inning for the Highlanders.

Piedmont got five more in the second to apparently take control of the game. Wu had a bunt single for an RBI and Bell singled in a pair in the frame.

Gardner entered in the top of the fourth and allowed run-scoring singles to Clara Akasaki and Wiley. Holley then had a two-run single. Liliana Mendoza singled in a run in the fifth.

After San Lorenzo cut the deficit to three, Piedmont scored two runs for a 17-12 lead when Hunt stepped to the plate with the bases loaded. She unloaded them with a blast high over the fence in left.

“It’s definitely a good feeling to have.”

Hunt said she knew it was gone as she came to first base. When she got to home plate, the Piedmont dugout was empty as all her teammates encircled her to pound on her helmet.

“She’s a great ballplayer and one of the strongest players on the team,” Denard said. “She got a pitch that she can drive today. We needed it. It was a morale booster. We needed it at that moment.”

The day before, the Highlanders dropped a tough 7-5 game to visiting Salesian. Piedmont took a 5-1 lead in the early going, but the Pride scored six unanswered runs to win it.

Chiara Lundin had three hits and three RBI to lead the Highlander attack. Bell and Miya Fujimoto each had two hits.

Lundin singled in a run in the first to put Piedmont up 1-0. Salesian tied it up in the top of the third. The Highlanders answered with four in the bottom half of the inning. Lundin singled in two to break the tie. Gerhardy and Isabella Epstein also had RBI-singles.

A walk and a hit-by-pitch started the top of the fourth, and two errors keyed a three-run inning for the Pride. Dani Guevara’s sacrifice fly tied the score in the fifth. A 2-run error in the sixth put Salesian on top.

On March 25, Piedmont defeated host Mt. Eden, 9-5. Epstein got the win, going the distance and striking out 15 against four walks and nine hits. Emma Ham took the loss for the Monarchs, allowing eight runs in 4 1/3 innings. Epstein also had three hits and two RBI. Lundin had two hits and scored three runs.

The Highlanders jumped out to a 4-0 lead in the top of the first. Bell had a sacrifice fly, Lundin doubled in a run and Castronovo singled in another. Epstein doubled in the final run of the inning.

Mt. Eden closed to 4-3, but six runs over the fourth through sixth innings put the game away for Piedmont. Epstein had a two-run single in the fifth.

On March 23, the Highlanders had an easy time with visiting Tennyson, winning 18-2. A 10-run first left little doubt as the game was shortened to five innings via the mercy rule.