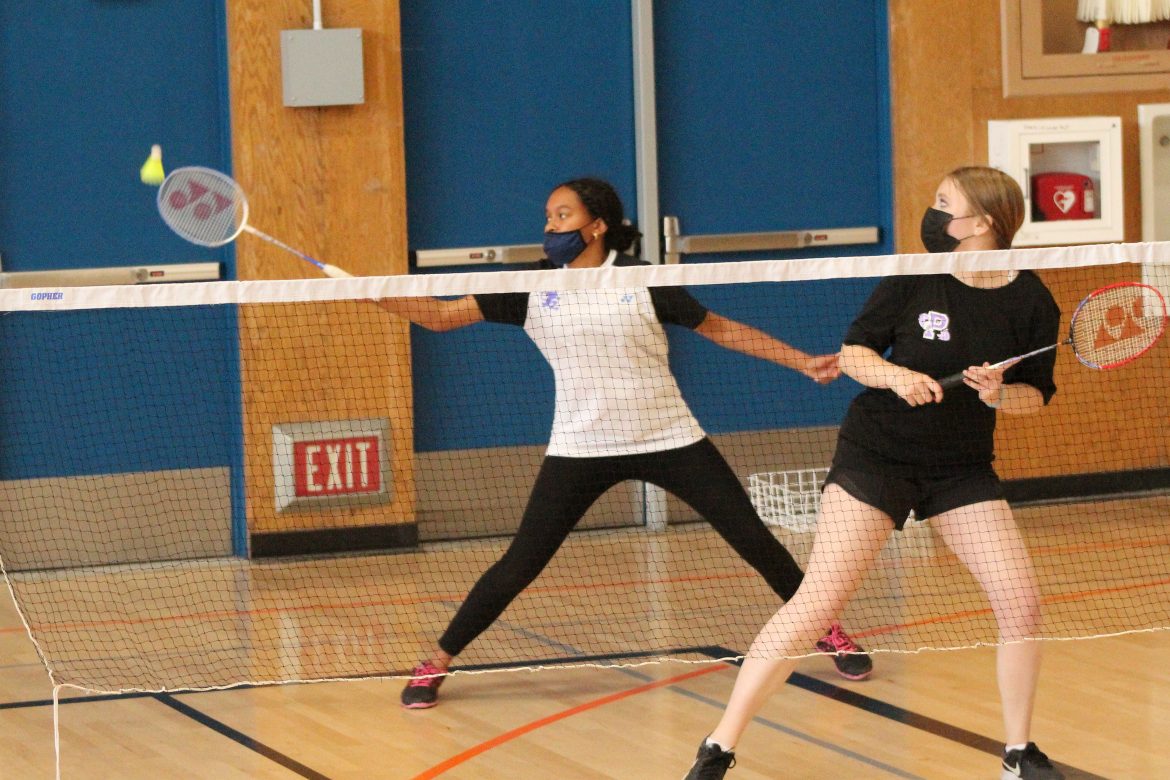 Anna Jansson and August Thigpen did not know that the match came down to them. The Highlanders’ No. 3 doubles team was facing Encinal’s Keira Kauv and Ella Tham on April 21 in the Encinal gym. All of the other matches were done and teams were tied 7-7.

“I think it was also better that we didn’t know that we were the difference between our team winning and our team losing,” Thigpen said. “Every time I’ve been told, ‘If we don’t win this game, our team is not going to win,’ I’ve never won a game. It’s always that the nerves take over.”

Said Jansson,” I think we played better towards the end. In the second set, we weren’t really in the right head space. We were getting stressed out about getting behind. But then we got back into it and more focused and did better in the last (set).”

Thigpen was a last-minute substitute.

“I was down by a lot starting the game but I made a good comeback,” Hollingsworth said. “I’m a new player this year and I think I’ve improved tremendously. And there’s a lot of new players and I think all of us are starting to get a feel for how badminton works.”

“We lost our game but it was pretty close,” Faust said. “I think we did our best. It was fun.”

The Highlanders Ethan Tran and Justin Phmah beat Jonathon Ung and Kyan Xu in the No. 1 boys doubles match, rallying for a 16-21, 21-17, 21-15 victory. That was key because the Jets took the other two boys doubles matches.

Piedmont dropped an 8-7 decision at home against Alameda on April 7. The Highlanders swept the boys singles and took the top two girls singles, but the Hornets won seven of the nine doubles matches.