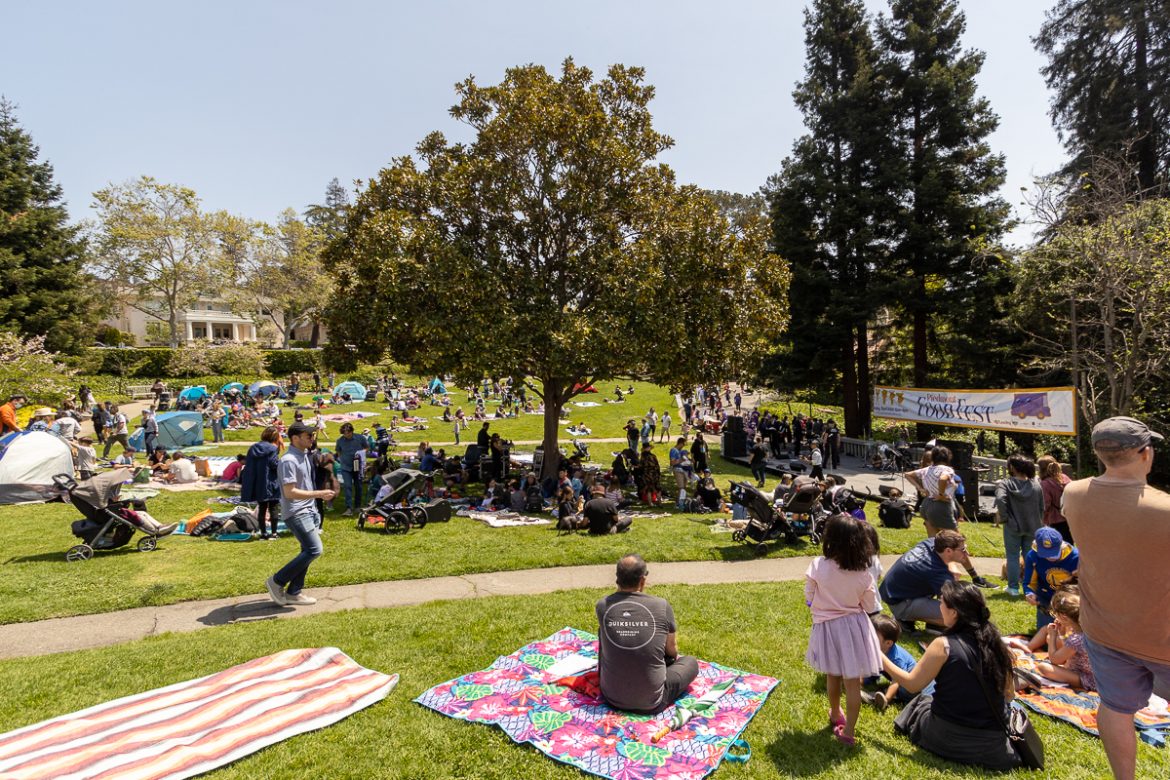 Perfect day for eating and socializing on the lawn

Piedmonters and visitors from around the area showed up hungry for last Sunday’s inaugural Food Fest, held in Piedmont Park under blue skies.

“The Food Fest team set out to celebrate the vibrant diversity of the Bay, with the Bay,” said Roger Tsai, the event’s lead organizer. “Judging from the nearly 1,500 attendees from Piedmont as well as San Francisco, Fremont, Oakland, and Berkeley, we’re ecstatic to have broadened our sense of community through this event.”

The new event was pulled together by a group of 13 volunteers who sought to raise cultural awareness through music and food. The volunteers leading the charge — Roger Tsai, Diana Lee, Kala Hale, Judy Jang, Michelle Mazzeo, Kyle Killion, Amy Kelly, David Lau, Tien Teng, Abha Kothari, Ellen Lee, and Lisa Carnazzo — were joined by many more who showed up to work the day of the event.

Organizers say $1,000 raised from the event will be donated to Oakland Bloom, a nonprofit that helps poor and working class immigrant, refugee, and BIPOC chefs start their own food businesses through a business training and incubator program. The leftover funds will be used to support next year’s event.