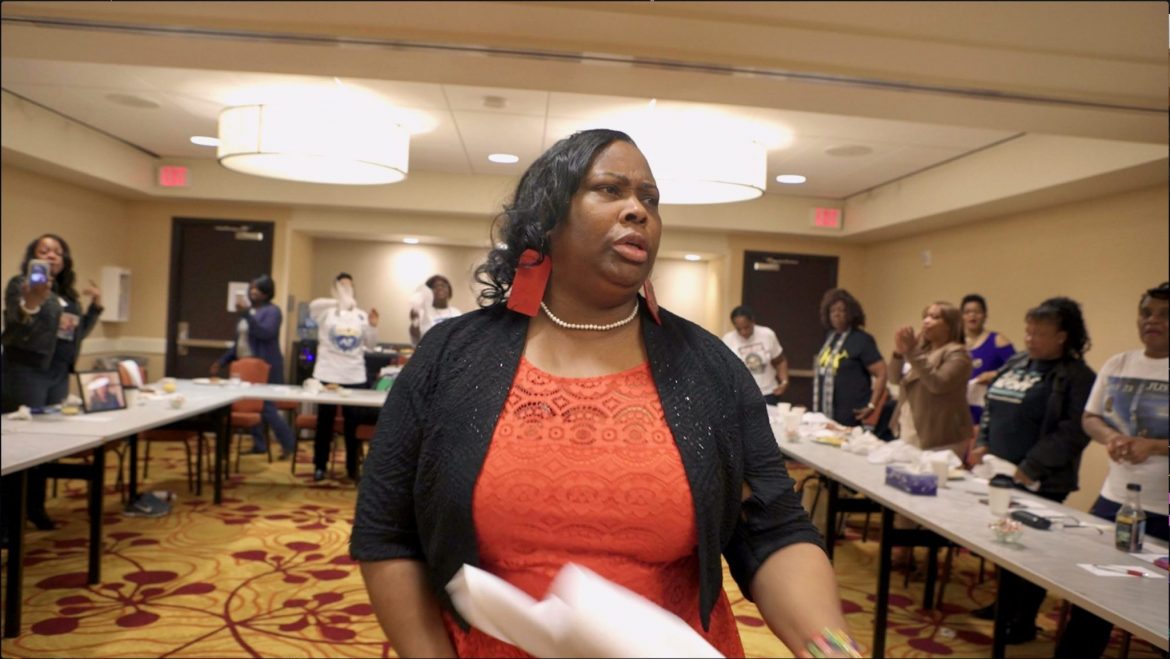 The 65th San Francisco International Film Festival kicks off Thursday in a most heartfelt manner with the North American premiere of the opioid addiction family drama “Stay Awake.”

Jamie Sisley’s feature debut tells a wrenching but hopeful story about two loyal brothers (Fin Argus and Wyatt Oleff) supporting their mother (Chrissy Metz) as she cycles back and forth into addiction. It is one of more than 130 films that will be shown in Bay Area venues, including at the Berkeley Art Museum and Pacific Film Archive, from Thursday through May 1.

Pass the Remote whole-heartedly recommends grabbing a ticket to “Stay Awake” as well as numerous other features. Some of the standouts include the Centerpiece selection, Abi Damaris Corbin’s intense truth-based thriller “892,” featuring an electrifying John Boyega as a former Marine taking bank tellers hostage after not receiving a much-needed check; the delightful closing night (April 30) feature, star/writer/director Cooper Raiff’s defiantly different romantic dramedy “Cha Cha Real Smooth” opposite Dakota Johnson; and two well-deservd tributes – one for comedian/actor Jenny Slate (Friday), which includes a screening of the upcoming, looks-to-be-charming “Marcel the Shell With Shoes On,” in which she lends her voice, and the other for the divine Michelle Yeoh (“Everything Everywhere All at Once”), who will be in a Monday conversation with Sandra Oh after a 35-mm screening of the classic “Crouching Tiger, Hidden Dragon” at the Castro.

This week, Pass the Remote susses out some titles with Bay Area connections. For ticket information and a list of all the venues and films, visit https://sffilm.org/.

Two of the highest profile documentaries — “Fire of Love” and “I Didn’t See You There” — debuted at this year’s Sundance Film Festival. Both shouldn’t be missed.

Berkeley filmmaker Sara Dosa continues on her cinematic path of capturing the delightful idiosyncrasies and passions of her subjects. “Fire” is no exception to that and is an awe-inspiring sensory experience that manages to both celebrate the lives of two dedicated French volcanologists — Katia and Maurice Krafft — and French filmmaking overall. It’s a must to take in on the big screen. (1 p.m. Saturday at the Castro; 5 p.m. Sunday at Berkeley Art Museum and Pacific Film Archive)

Although Reid Davenport no longer lives in Oakland, his award-winning experimental documentary “I Didn’t See You There” reflects the East Bay region, as viewed through his eyes while navigating through the city in a wheelchair. Elliptical in its storytelling but thoughtful in its approach, “I Didn’t See You There” shares with us the reality of another person’s lived experience. (6 p.m. April 29, Victoria Theatre; 3 p.m. April 30, BAMPFA)

One documentary certain to have appeal around the Bay Area and beyond is Oakland director Débora Souza Silva’s powerful “Black Mothers Love & Resist.” The world premiere pivots on two stories of courageous Black mothers who are tirelessly trying to make America a safer and just place for Black sons. Silva gained incredible access as well as trust from both Wanda Johnson, the Oakland mother of Oscar Grant — slain by a BART police officer in 2009 at Fruitvale Station — and Angela Williams from Troy, Alabama, whose son survived a brutal police encounter. Silva relates the sad, often tragic backstories that propel an expanding movement that demands more accountability and reform of police forces throughout the nation. It’s a galvanizing film with a message that comes across with passion and authority. (8:30 p.m. April 29, the Roxie)

In the ever-growing mid-length category, two documentaries plant roots deeply in the East Bay. My-Linh Le’s 31-minute “Mud Water” combines elements of dance, myth and a story about friendship and ambition. It’s a breathtaking short pinned on BART dancers/performers and features some amazing dance sequences along with a soulful story about belonging and wanting to venture out on your own path. (5:45 p.m. April 29, Roxie, along with the shorts “The Door of Return” and “Listen to the Beat of Our Images”)

Another Oakland-rich documentary charts the tangled legal battle of Black Panthers cofounder Huey P. Newton and the litigation, judgment and public outcry over a murder charge levied at him over the killing of a white cop. Andrew Abrahams and Herb U. Ferrette II’s 40-minute “American Justice on Trial” parcels through the significance of all of it and how the decision-making affects courtrooms to this very day. (6 p.m. Friday, Roxie, also screens with “For Love and Legacy” — about the creation of a Huey P. Newton bust — and “Men Who Talk”)

Should you be a fan of opera and interested in the Gold Rush, you’ll strike gold with Jon Else’s “Land of Gold,” a documentary that features soprano Julia Bullock in recorded rehearsals for Peter Sellars and John Adams’ “Girls of the Golden West,” which premiered in 2017 at the San Francisco Opera. What will hit a high note for many is that the 7:30 p.m. April 28 screening at the Castro is free. But you’ll need to RSVP for tickets at https://sffilm.org/.