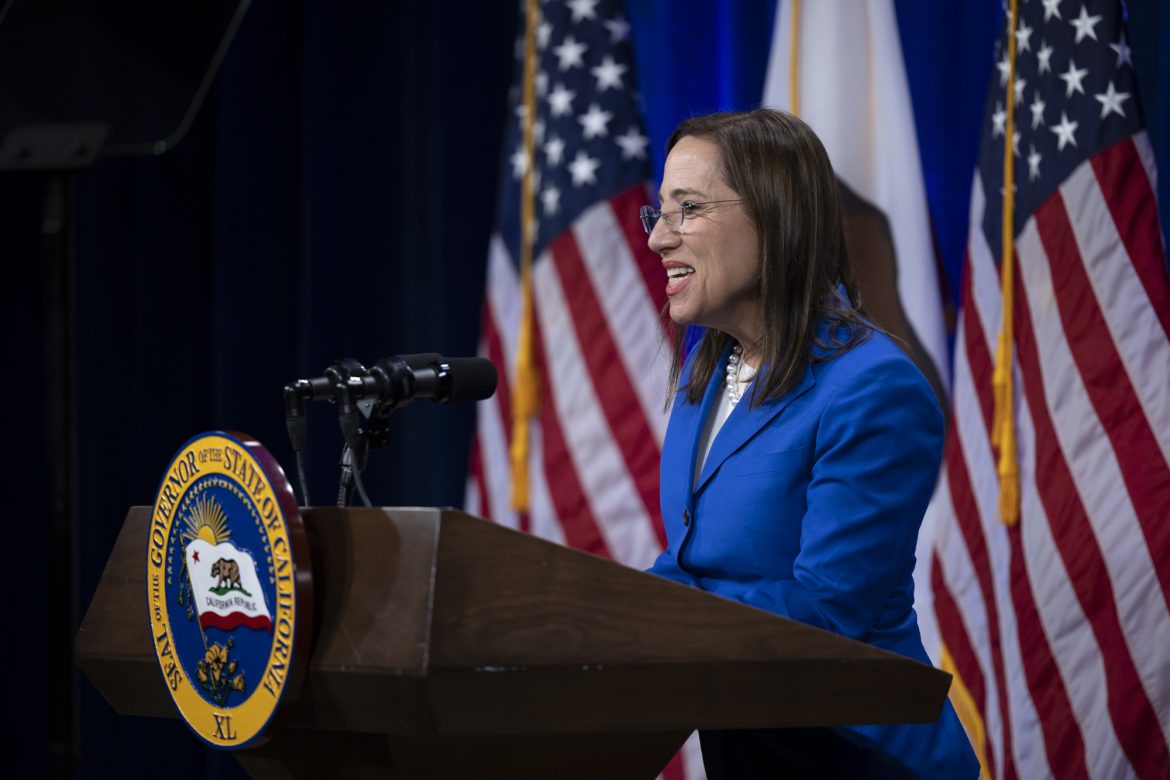 Lieutenant Governor Eleni Kounalakis at the State of the State ceremony on March 8, 2022. Photo by Miguel Gutierrez Jr., CalMatters

A whopping 172 years after California joined the Union, Lt. Gov. Eleni Kounalakis on Thursday became the first woman in state history to sign a bill into law.

Kounalakis, who is serving as acting governor while Gov. Gavin Newsom is abroad on a family vacation, signed a bill to protect hundreds of thousands of renters from eviction hours after state lawmakers sent it to her desk and hours before the protections — which had already been extended twice — were set to expire.

The stopgap measure left many unsatisfied.

Against this intense political backdrop, Kounalakis is set to continue serving as acting governor until April 12, when Newsom returns from vacation. It isn’t the first time she’s filled in for Newsom at a high-stakes moment: Last year, she represented California at the United Nations climate change conference in Scotland after Newsom abruptly cancelled his trip there to spend Halloween with his family.