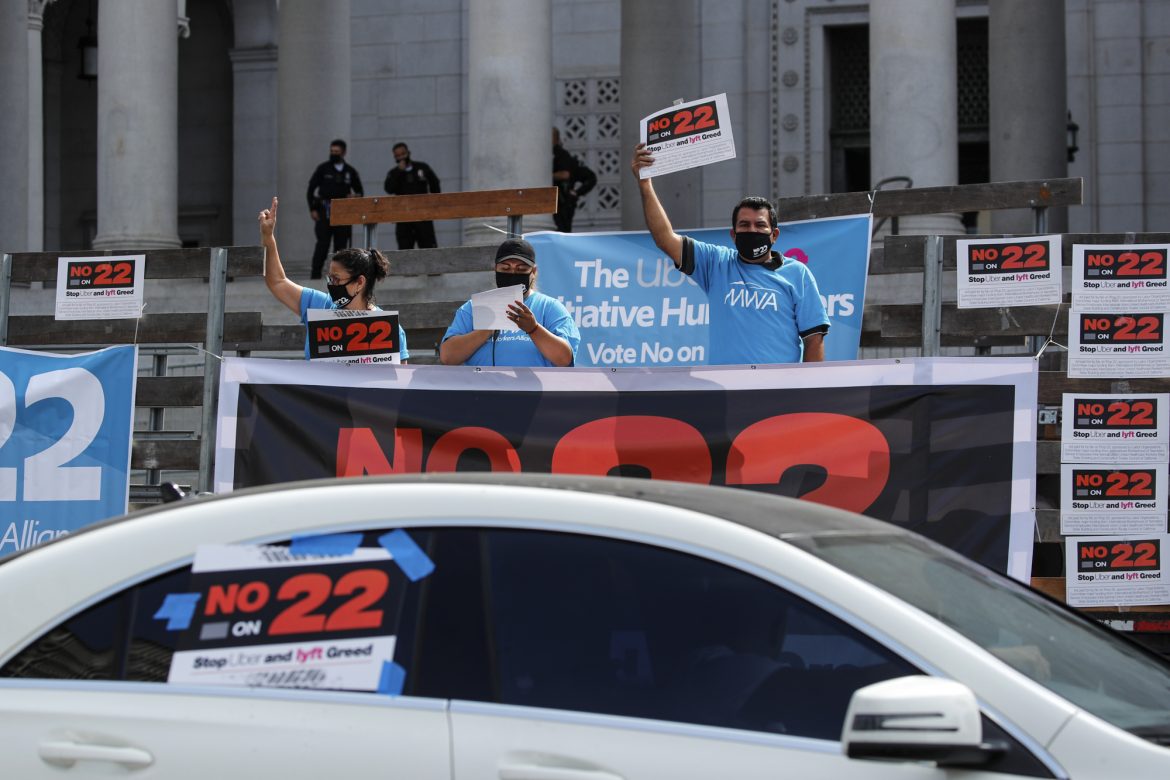 App-based gig workers hold demonstration outside Los Angeles City Hall to urge voters to vote no on Proposition 22, a November ballot measure that would classify app-based drivers as independent contractors and not employees or agents, in Los Angeles, California, U.S., October 8, 2020. REUTERS/Mike Blake

Nearly two years after California voters approved a ballot measure to exempt gig-economy giants including Uber, Lyft, Instacart and DoorDash from a controversial state labor law, the political ripple effects of Proposition 22 are still reverberating across the Golden State — and could rear up in this year’s election.

First up: Instacart. Political observers this week noticed that Instacart, which as of last month was valued at $24 billion, had reached a tentative agreement with Gov. Gavin Newsom’s Office of Business and Economic Development for a $21 million California Competes Tax Credit, which is available to businesses that want to move to or stay and grow in the Golden State.

But the proposed deal didn’t seem to sit well with Lorena Gonzalez, who is incoming leader of the California Labor Federation and as a state Assemblymember authored Assembly Bill 5, the highly contentious law that made it harder for companies to classify workers as independent contractors and required them to offer more benefits.

Gig-economy companies poured nearly $206 million into Prop. 22 to exempt themselves from AB 5 — and saw their valuations soar by $10 billion the day after voters approved it. (However, there’s an ongoing legal battle over Prop. 22’s constitutionality.)

Meanwhile, Lyft has plowed more than $8 million into qualifying a measure for the November ballot that would hike taxes on Californians earning more than $2 million a year, the San Francisco Chronicle reports. Under the proposed initiative — also backed by various labor and environmental groups — the money would be used for funding rebates and other incentives for buying electric cars (45%), developing electric-vehicle infrastructure such as charging stations (35%), and preventing and suppressing wildfires (20%).