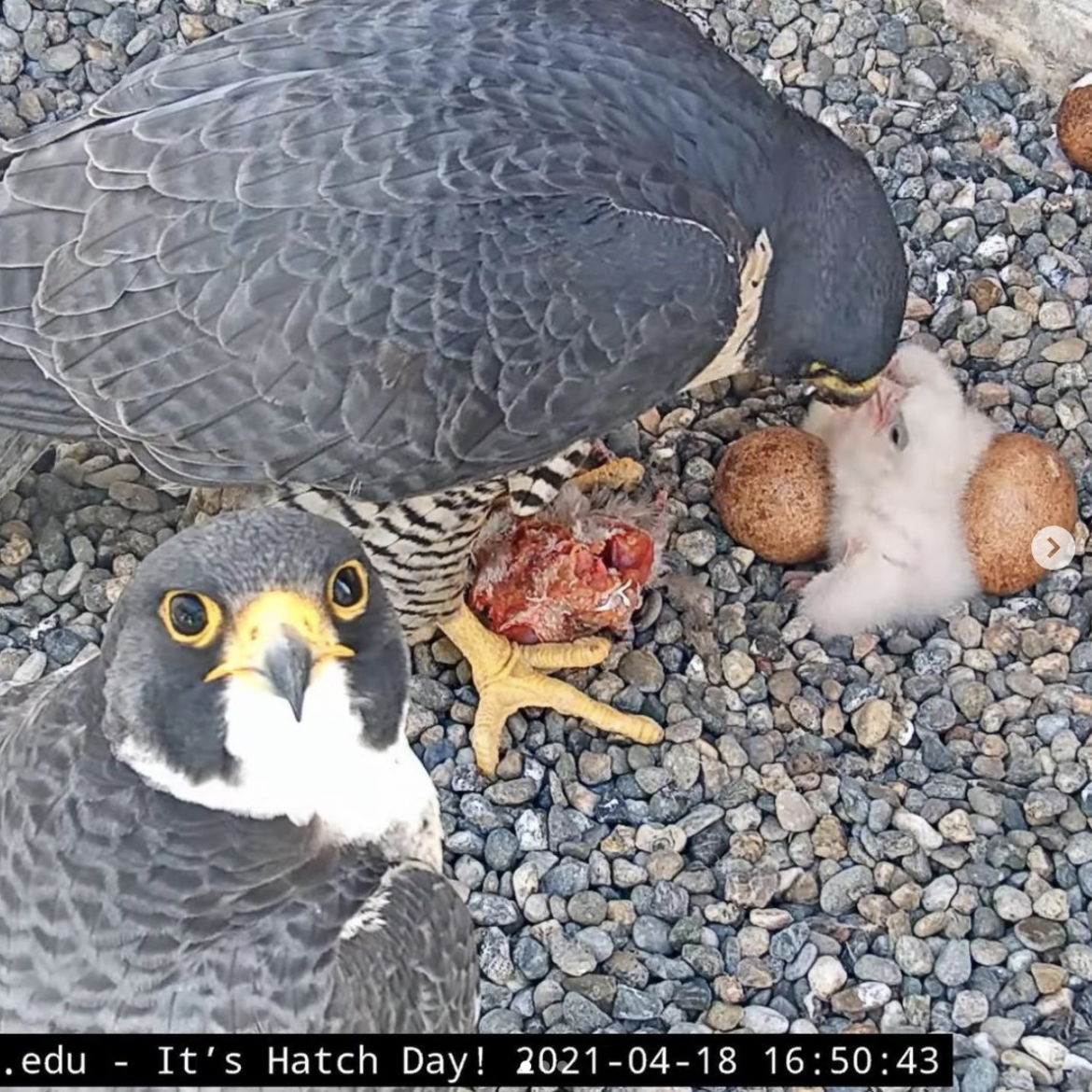 Grinnell looks up at the camera while Annie attends to the new chicks hatched in April 2021. (Photo courtesy of CalFalcons.berkeley.edu)

Grinnell, a peregrine falcon making a home with his partner Annie on the Campanile at the University of California at Berkeley campus, was found dead Thursday, according to a group that monitors the birds.

“We are all deeply saddened to report that Grinnell was found dead in downtown Berkeley this afternoon,” the group Cal Falcons announced on Twitter. “We are devastated and heartbroken.”

The announcement added, “His cause of death isn’t known, but he was probably struck by a car given where we found him.”

Annie and Grinnell had been nesting atop the Campanile since 2017. Late last year, it was unclear whether the pair were going to stay together after Grinnell was attacked by two other falcons and hospitalized and Annie was seen starting pairing behavior with one of them.

But fans were optimistic earlier this year that Annie and Grinnell would stay together.

“They know each other is around,” said Mary Malec of Cal Falcons in a statement in early January. “They have been talking to each other and flying together, but this is the first time anyone has seen courtship behavior between them.”

Members of Cal Falcons are unsure if Annie’s nest will last with just her. The group’s Twitter account posted a hopeful update late Friday — a new male has been tending the eggs in Annie and Grinnell’s nest.

“When a mated Peregrine dies during the breeding season, the most likely outcome of the nest is abandonment. In rare cases, a new mate can come in, establish a bond with the remaining individual, and adopt the chicks. It is *possible* that we are witnessing this right now,” the group tweeted Friday morning.