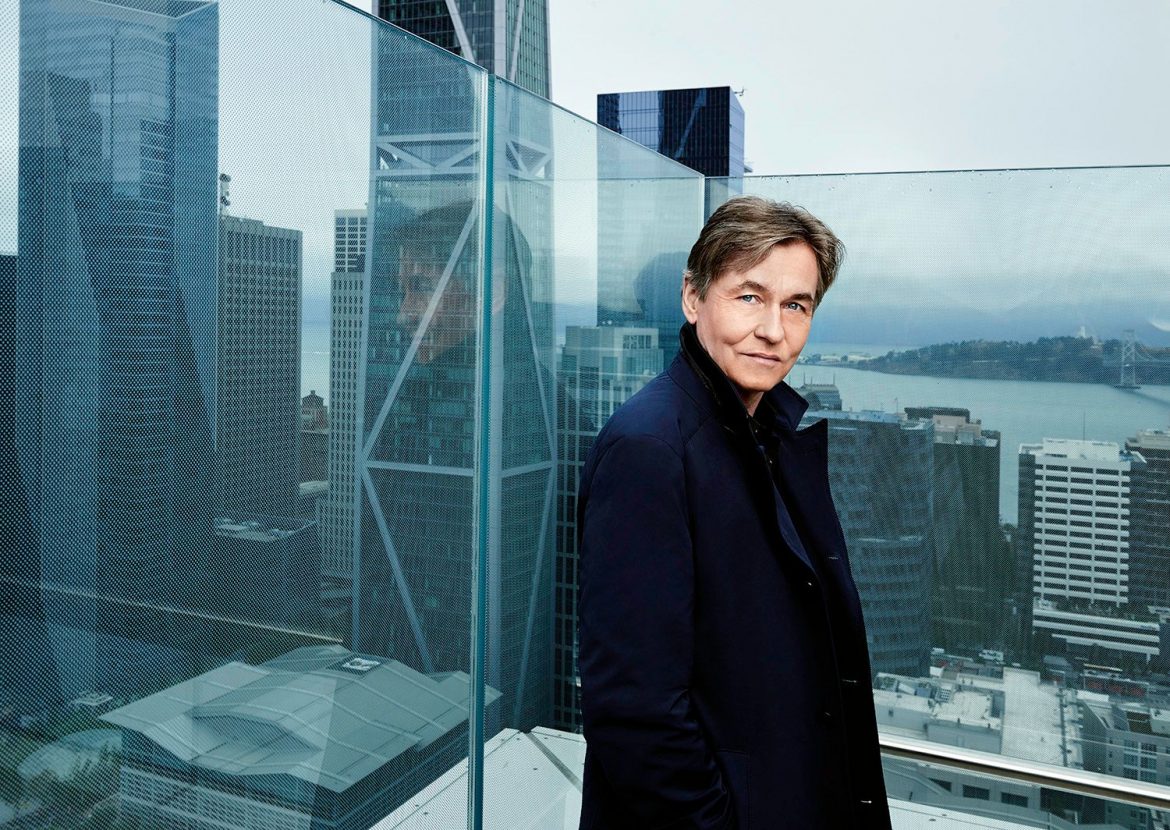 San Francisco Symphony music director Esa-Pekka Salonen, who took the post two years ago in the company of eight diverse “collaborative partners” to help him plan the path forward, further cemented his commitment to enlarging the orchestra’s creative footprint on Tuesday by naming American theater director Peter Sellars as yet another partner — for the next four years.

The association with Sellars, renowned for his daring and innovative stagings, actually begins before the launch of the new season in September — Salonen’s third and the orchestra’s 111th — with the already scheduled June 10-12 staged productions of Igor Stravinsky’s “Oedipus Rex,” starring tenor Sean Panikkar in the title role and mezzo-soprano J’Nai Bridges as Jocasta. But it will continue in the new season with a staging of Finnish composer Kaija Saariaho’s dramatic wartime opera “Adriana Mater” in June of 2023 and stretch on with Sellars-staged productions of Olivier Messiaen’s huge “La Transfiguration de Notre Seigneur Jésus-Christ” in 2024 and Janacek’s “The Cunning Little Vixen” in 2025.

In unveiling the 2022-’23 season, which opens with a gala on Sept. 23 and runs through July 1, 2023, Salonen also announced the appointment of German pianist Igor Levit, whom he described as “perhaps the hottest pianist alive in Europe at the moment,” as the SF Symphony artist-in-residence for the season. Levit will appear on two orchestral series programs, performing concertos by Beethoven and Busoni, in addition to giving a solo recital and playing in a chamber series concert with SF Symphony musicians. He endeared himself to sheltering-in-place music fans around the world in 2020 by livestreaming 50 consecutive recitals from his airy apartment in the Mitte section of Berlin.

For the first time since 2016, the Symphony, with Salonen at the helm, returns to world touring, traveling to Paris, Luxembourg and Hamburg March 9-17, 2023, with pianist Yuja Wang and two collaborative partners, flutist Claire Chase and composer Nico Muhly, in tow.

Notably, the much-beloved Michael Tilson Thomas, the SF Symphony music director laureate, is scheduled to conduct, even though he was recently disclosed a diagnosis with glioblastoma, a malignant brain tumor. He returns with some of his favorite artists, pianists Emanuel Ax and Jean-Yves Thibaudet and cellist Gautier Capucon, to lead the orchestra in two concert programs in November, and one each in January and March-April of 2023.

The 2022-’23 season will feature four world premieres, one by Bay Area composer Samuel Adams, one by Magnus Lindberg of Finland, one by Elizabeth Ogonek and a fourth by Trevor Weston, winner of the 2021 Emerging Black Composers Project, a venture co-sponsored by the SF Symphony and the San Francisco Conservatory of Music to promote black composers early in their careers. Salonen will conduct his as yet unspecified new work, paired with the Mahler Symphony No. 2, on Sept. 29-Oct. 2 programs in Davies Hall.

Among the 18 performing artists making their debut appearances with the SF Symphony are British tenor Ian Bostridge, who will be performing in Benjamin Britten’s “War Requiem” May 18-20, 2023; and saxophonist Branford Marsalis, playing Erwin Schulhoff’s “Hot Sonate” a couple of weeks earlier for the May 4-6 concert series. Returning artists are plentiful, including Joshua Bell, Leif Ove Andsnes, Hilary Hahn, Lang Lang, Eugene Izotov, and Itzhak Perlman.