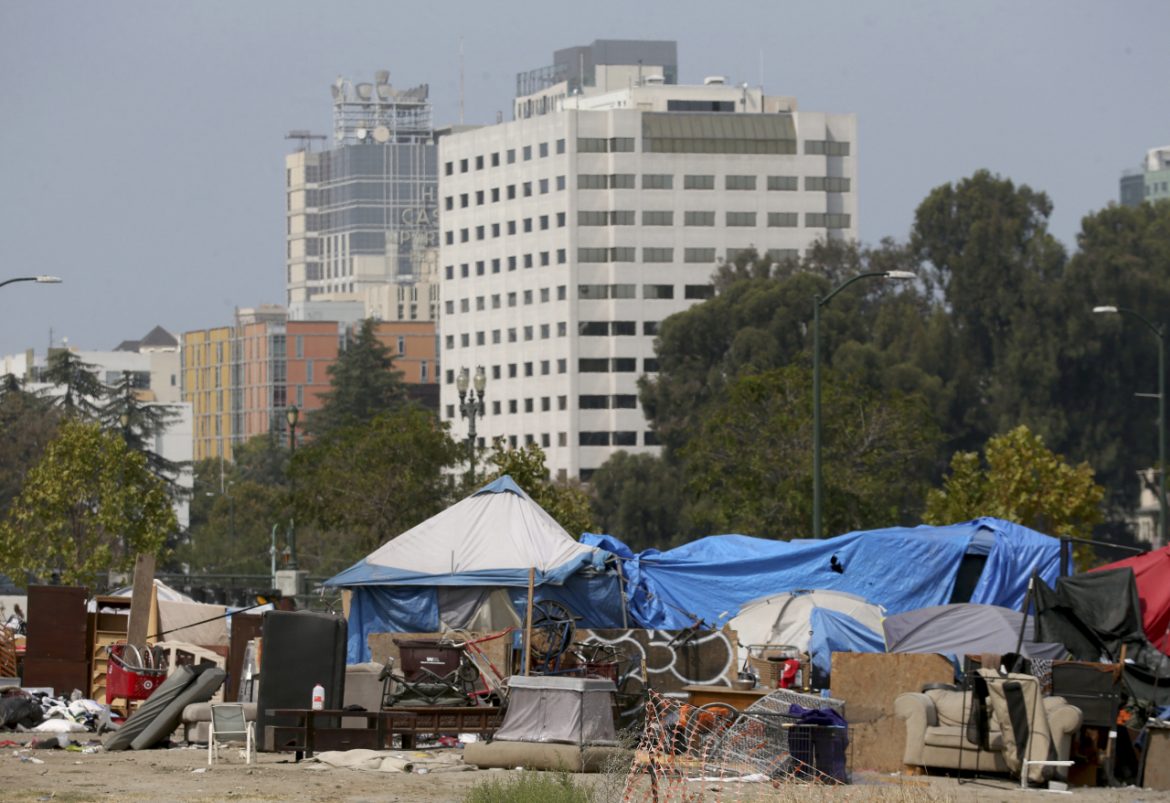 More than 800 people died while homeless in Alameda County over a three-year period spanning 2018 to 2020, county officials said in their first-ever homeless mortality report.

Of the 809 total deaths from 2018 to 2020, more than 450 homeless people died in Oakland, the report says. On average over the three-year period, people experiencing homelessness died 23 years sooner than the general population.

“We believe no one should die alone or unknown in homelessness,” said Colleen Chawla, director of the county’s Health Care Services Agency, which oversaw production of the report.

“A responsible and just community must work to be closely aware of the deaths of all its members and strive to learn meaningful ways to improve program planning and shape policy,” Chawla said.

Black people made up 41 percent, or 331, of the total deaths, while they make up 19 percent of the general population in the county.

Seventy-seven percent of the people who died were men.

Sixty-six percent of deaths were outside of a medical setting, such as on the street or sidewalk, in a park or in a vehicle, shelter, encampment, motel or other location.

More than 140 people died on the street or sidewalk.

Kerry Abbott, director of HCSA’s Office of Homeless Care and Coordination, which is part of the effort to end homelessness in the county, called the report “sobering.”

She said it will help inform the work her office does “to reduce premature deaths among unhoused residents.”

Abbott said the tally of the county’s homeless population, which was done again in February of this year, will also inform her office’s work.

The number of homeless deaths in Alameda County for 2021 was unavailable, said Noemy Mena-Miles, a spokesperson for the county’s Health Care Services Agency.