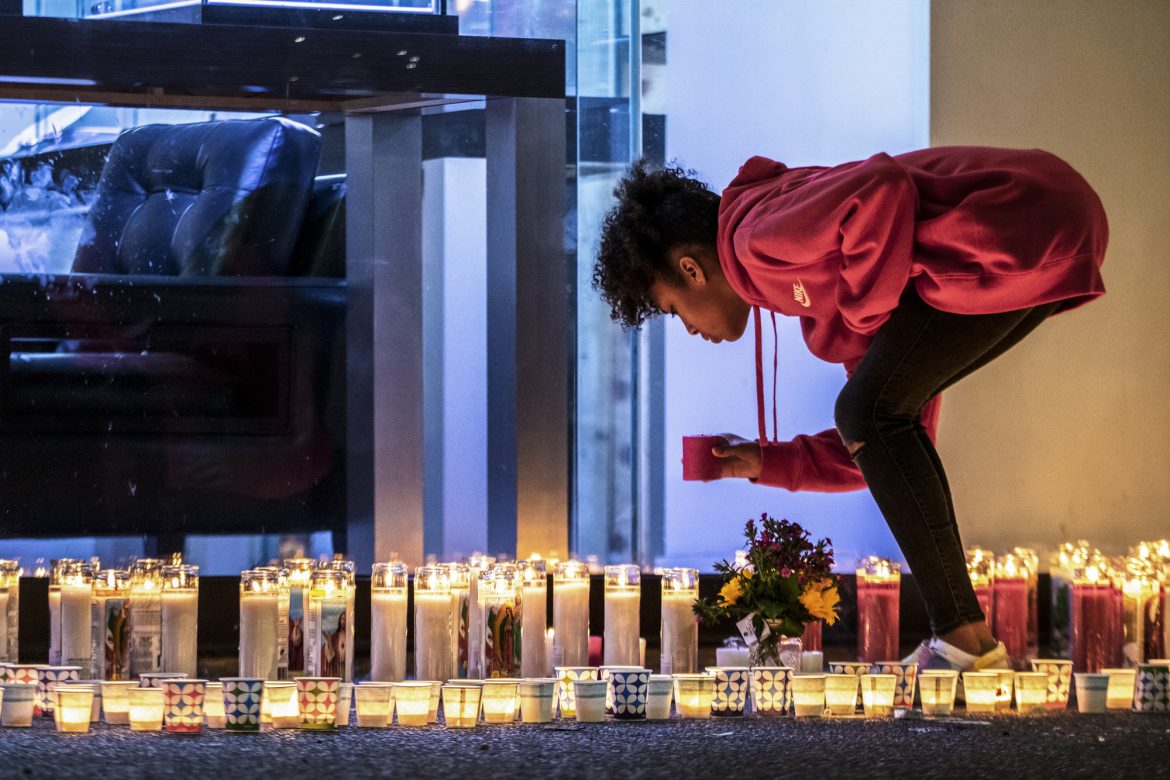 Seriyah Harris, 11, organizes candles at a candlelight memorial for her father Sergio Harris, 38, who was killed in a mass shooting, in Sacramento, Calif. on Tuesday, April 5, 2022. Photo by Rahul Lal for CalMatters

As Democratic elected officials rush to toughen gun laws in the wake of Sunday’s mass shooting in Sacramento that left six dead and 12 injured, Republicans are accusing them of refusing to acknowledge the role their own policies have played in rising rates of gun violence.

On Tuesday, a key legislative committee voted 8-1 to advance a bill — sponsored by Gov. Gavin Newsom and Attorney General Rob Bonta — that co-opts the structure of Texas’ abortion ban by giving private citizens the right to sue manufacturers, sellers and distributors of illegal assault weapons, “ghost” guns and certain other firearms and to collect at least $10,000 in civil damages per weapon.

State Sen. Bob Hertzberg, the Van Nuys Democrat who authored the bill, noted “it may not be the perfect solution” — among other things, it would be invalidated if the U.S. Supreme Court were to strike down the Texas law — but said California should “use every tool available to try and reduce this extraordinary and horrible epidemic of gun violence.”