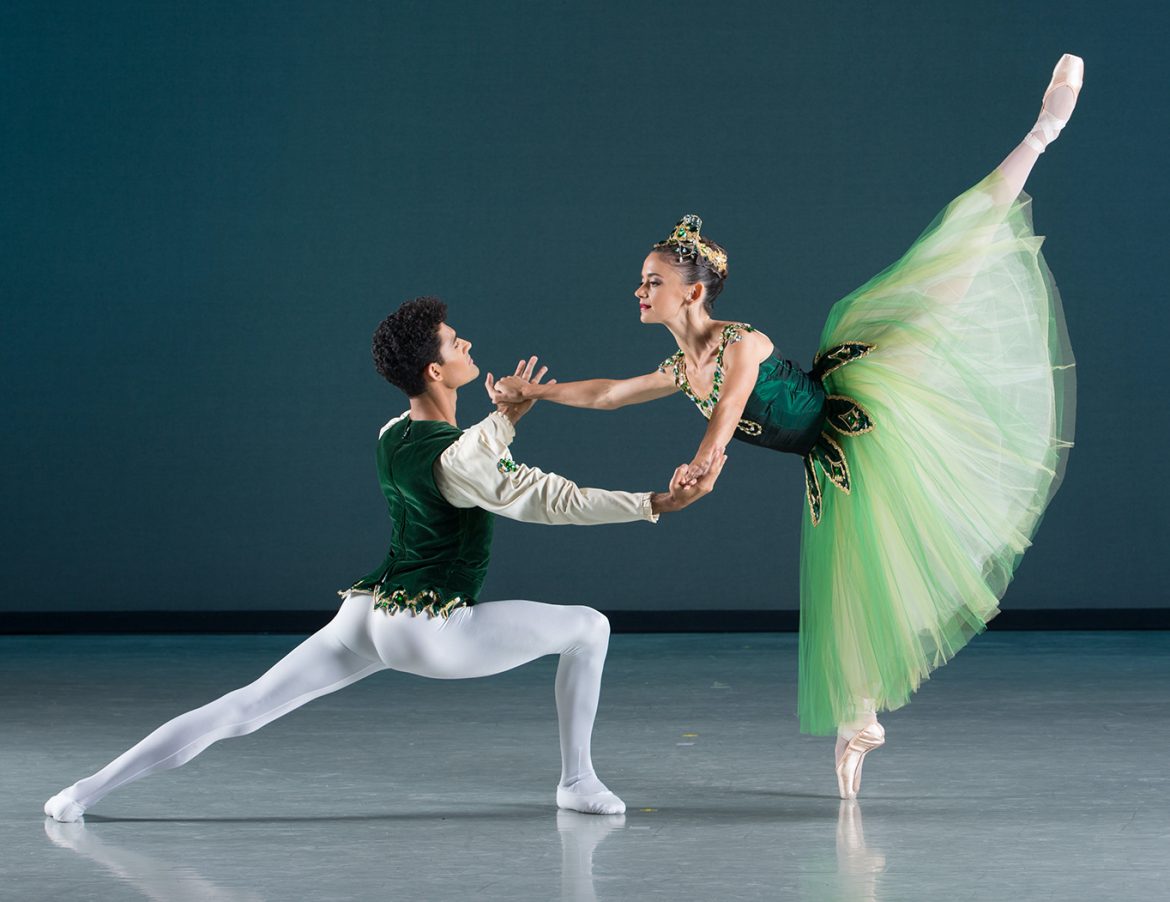 UC Berkeley-based Cal Performances will welcome the Miami City Ballet to open its 2022-2023 season Sept. 23-24 with three performances in Zellerbach Hall of choreographer George Balanchine’s triptych ballet “Jewels,” set to music by Fauré, Stravinsky and Tchaikovsky, and bring it to a thrilling close with the Eifman Ballet of St. Petersburg June 9-11, 2023, presenting the West Coast premiere of Boris Eifman’s “Russian Hamlet,” which reimagines the Shakespearean tragedy in the violent world of the Romanovs and is set to music by Beethoven and Mahler.

For the third year, Cal Performances returns to its “Illuminations” series, organizing six of its programs around the theme of “Human and Machine,” probing the complexities of the interaction between technology and human communication. One highlight of the series will be the U.S. premiere March 17-19, 2023, of South African artist William Kentridge’s chamber opera “SIBYL,” inspired by the ancient myth of the oracle at the mouth of a cave and incorporating film, live music, animation and dance to explore human anxieties about the future.

The season includes no less than 20 premieres and brings back both beloved and familiar artists (Cal Performances perennials the Takacs Quartet returns twice, for recitals on Dec. 4 and Jan. 29, 2023) and introduces audiences to rising young stars (Seong-Jin Cho, 27, the first South Korean to ever win the International Chopin Piano Competition, makes his Cal Performances debut on Dec. 8).

Famed orchestras appearing during the season include both the Vienna Philharmonic, giving three concerts under conductor Christian Thielemann’s baton March 7-9, 2023, and the Bay Area’s own San Francisco Symphony, which Esa-Pekka Salonen brings to Zellerbach on Oct. 21 for a Halloween-themed blowout featuring Mussorgsky’s “Night on Bald Mountain,” Liszt’s “Totentanz” and Berlioz’s “Symphonie fantastique.”

Israeli violinist Maxim Vengerov (Oct. 14) and American pianist Jeremy Denk (Feb. 12, 2023) will appear on the “Recital” series, but an indisputable highlight will be the triple-threat collaboration of cellist Yo-Yo Ma, violinist Leonidas Kavakos and pianist Emanuel Ax for a Jan. 25, 2023, program with music to be announced.

The Renaissance ensemble The Tallis Scholars, now celebrating its 50th anniversary, will appear on the “Early Music” series on April 27, 2023, performing works by Thomas Tallis and William Byrd and adding in contemporary pieces by Nico Muhly and Arvo Pärt.

New music artists the Colin Currie Group, a British percussion ensemble devoted to all things Steve Reich, will team with close-microphone singers Synergy Vocals for “A Steve Reich Celebration” on Nov. 3, to perform the composer’s “Music for 18 Musicians,” “Tehillim” and the West Coast premiere of “Traveler’s Prayer,” a Cal Performances co-commissioned work that sets several texts from the Old Testament.

With entertainment for entire families in mind, there are also scheduled visits from the world-famed Vienna Boys Choir on Nov. 26 to kick off the holiday season with their “Christmas in Vienna” program and the hilarious eight-member Ukulele Orchestra of Great Britain on April 26, 2023, for a far-ranging program of pop, folk and classical music.

Subscription packages in a variety of choose-your-own formats go on sale at noon on April 26. Single tickets become available on Aug. 9.