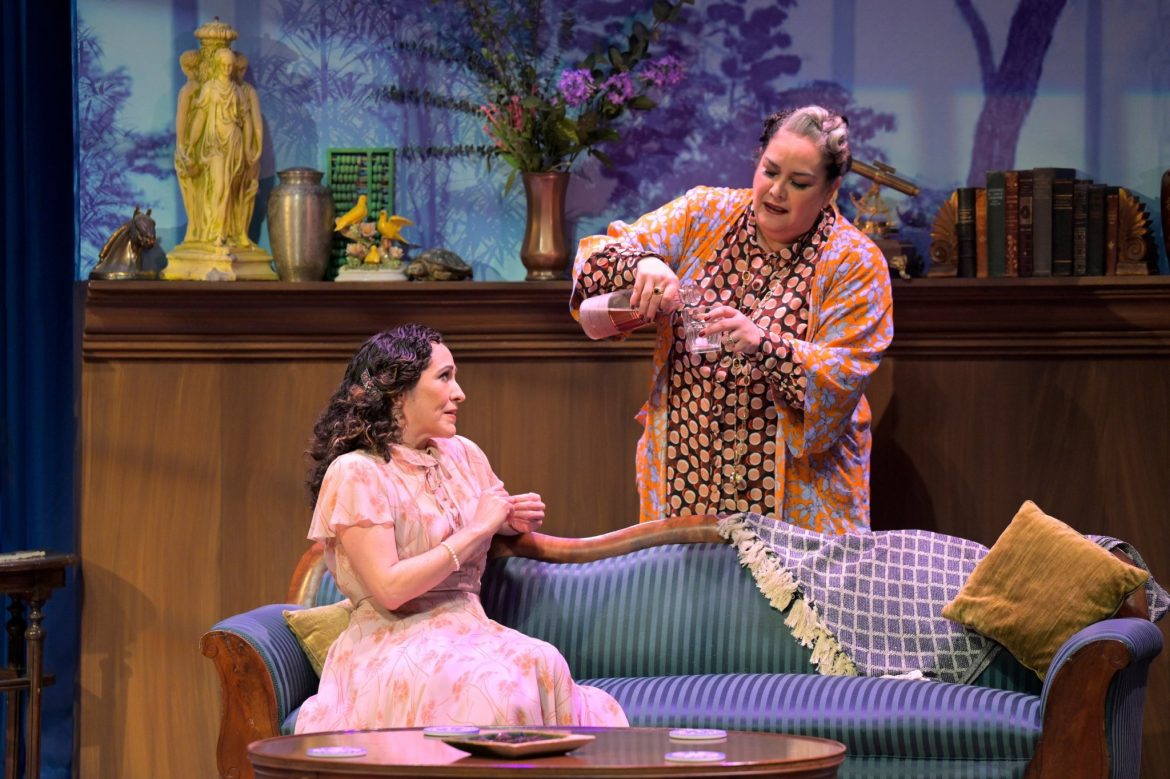 A ‘Gem’ from Wilson: After directing and starring in an acclaimed film adaptation of August Wilson’s “Fences,” Denzel Washington reportedly said he was eager to continue plumbing the legendary playwright’s works. “The greatest part of what’s left of my career is making sure that August is taken care of,” he said.

Tim Bond, the artistic director at TheatreWorks Silicon Valley, has a similar affinity with Wilson, the playwright who has done much to bring everyday Black voices, characters, humor, pathos and life to the mainstream stage. Bond was not only a friend of Wilson but is also considered one of the world’s best interpreters of the playwright’s works, having helmed many of his plays during his enviable theater career in Seattle; Ashland, Oregon; Syracuse, New York; and now Palo Alto.

For his first stage-directing stint at TheatreWorks, Bond is helming “Gem of the Ocean,” the first installment of Wilson’s famed “Pittsburgh Cycle” chronicling 20th century Black American life, decade by decade. “Gem” centers on Aunt Ester, a 285-year-old spiritual healer, and the cast of characters she encounters and advises. Though it is set in 1904, the issues it touches on — police brutality against Black Americans, riots, the fleeting nature of freedom and justice — seem utterly contemporary.

Says Bond, “August was a dear friend of mine and his inspiring and beautiful play speaks to this current moment.”

The production runs Thursday through May 1 at the Mountain View Center for the Performing Arts. Proof of vaccination is required, and masks must be worn in the theater. Tickets are $25-$95; go to https://www.theatreworks.org/.

Hangin’ with Fefu: Influential playwright Maria Irene Fornes sort of fell into writing while living with her onetime companion and lover Susan Sontag. And like Sontag, she seemed to have a thing for turning convention on its head and finding new ways to observe and analyze things. As playwright Lanford Wilson once said about her, “Her work has no precedents; it isn’t derived from anything.”

One of her best-known plays is 1977’s ground-shaking “Fefu and Her Friends,” which is getting a revival at American Conservatory Theater. The play follows eight women gathering at a house in the 1930s and dealing with a host of personal issues.

The play was noteworthy for its all-woman cast and for addressing a wide range of issues from a female frame of reference. Even more atypical was the way in which Fornes obliterated the traditional approach to stage and set. In “Fefu,” the theater is broken into four “rooms”; the audience is similarly divided, and migrates from room to room to see the different scenes of the play. At ACT, all this takes place in The Strand Theater, helmed by company artistic director Pam MacKinnon. And it doesn’t hurt that she is working with an all-star cast, including Catherine Castellanos (as Fefu), Cindy Goldfield, Marga Gomez, Jennifer Ikeda, Leontyne Mbele-Mbong, Sarita Ocon, Lisa Anne Porter, and Stacy Ross.

The production runs through May 1; proof of vaccination is required, and masks must be worn in the theater. Tickets are $25-$110; go to https://www.act-sf.org/.

Happy birthday, DB: Diablo Ballet is celebrating its 28th anniversary, and we are all invited to enjoy the party.

In a special program marking the milestone, the Walnut Creek-based troupe on Thursday, April 6 performed two noted works for the first time and a homegrown world premiere created in honor of the anniversary.

The new work, by company dancer and choreographer Michael Wells, is titled “Happy, You’re Happy,” and set to Chopin’s Nocturne Op. 55 No. 1 in F Minor. It is a solo work for company dancer Jackie McConnell.

Also on the program is the 2018 work “Sur le Fil,” by Penny Saunders, an acclaimed dancer and choreographer who captured the 2011 International Commissioning Project award; “Orange,” a romantic ballet created by Houston Ballet artistic director Stanton Welch; the “Waltz of the Hours” movement from the comic ballet “Coppélia,” performed by company trainees; and a reprisal of company artistic director Lauren Jonas’ take on “Flames of Paris,” a classic work inspired by the French Revolution.

The production will be streamed April 15-24. Tickets are $37 per household for the streaming version. Go to https://diabloballet.org/.

A clarinet convergence: If your favorite woodwind happens to be the clarinet, as is ours, take heed. San Francisco’s adventurous Left Coast Chamber Ensemble is hosting a “Clarinet Party” this weekend and trotting out three expert players to showcase the instrument’s virtuosity.

Proudly curated by LCCE’s own clarinetist Jerome Simas, the celebration also includes Jeff Anderle, a founding member of both the Splinter Reeds and Sqwonk ensembles, and the San Francisco Symphony’s excellent principal clarinetist Carey Bell. And their program is custom-made to explore the great variety of moods and music that falls within the clarinet’s capacity. Mozart’s Divertimento for Three Basset Horns (which are in the clarinet family, by the way) is on the program, as are Olly Wilson’s “Echoes” and an Anderle arrangement of “Zoetrope,” a song by the Scottish electronic music duo Boards of Canada.

Simas and Anderle will also play “Seven Pasos” by Sebastián Tozzola, and pianist Eric Zivian will join Bell in a performance of Jessie Montgomery’s “Peace.” There is also an intriguing world premiere on the program — San Francisco composer David Garner has written a contemporary dance suite he considers somewhat analogous to those by the old Baroque composers. But his Suite for Bass Clarinet and Piano will explore the aspects of the Charleston, the Stroll, Lindy Hop, doo-wop and funk! Performances are at 7:30 p.m.

Dynamic lieder duo: There is an extraordinary pairing of talent on tap for a recital on the San Francisco Performances lineup Saturday night at the Herbst Theatre.

The world-renowned German baritone Matthias Goerne, famed for his turns on opera stages and concert halls around the globe, joins forces with the rising young piano star Seong-Jin Cho, the first South Korean ever to win the International Chopin Competition, for a program that will include music from “At Sunset,” their 2021 album of late Romantic era music by Richard Wagner, Hans Pfitzner and Richard Strauss.