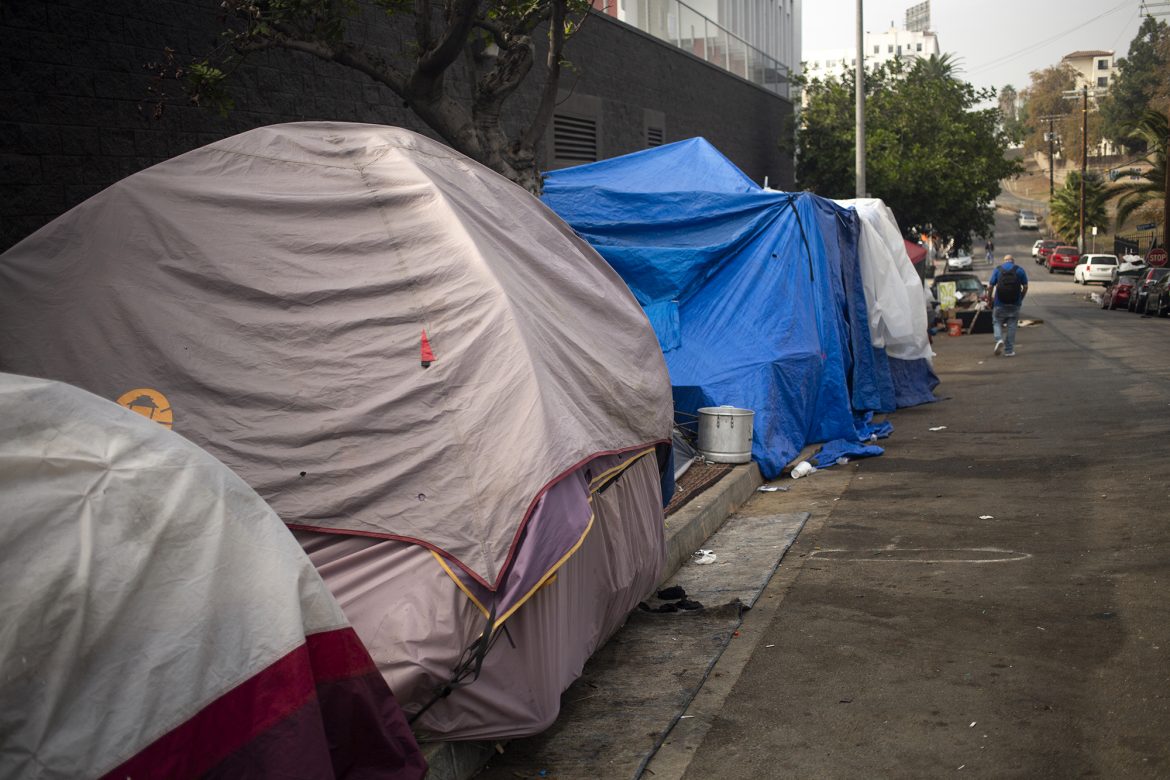 Mayors from California’s 13 largest cities, including Oakland, San Jose and Stockton, made a plea to the governor and legislators in Sacramento on Monday morning to keep flexible funding flowing to cities to curb homelessness. Gov. Gavin Newsom and state legislators have made historic investments to end homelessness and for that the Big City Mayors, as they call themselves, are grateful, they said.

The money has gone to the front lines of the homelessness crisis: California’s cities.

But if the money stops flowing, the mayors said, cities will face “a fiscal cliff that would result in the closing of countless shelters and entry points to housing assistance.”

Oakland Mayor Libby Schaaf, chair of the coalition of mayor’s that made the plea, said the current funding from the state is used in her city to operate Homekey projects, which allow cities to quickly create properties as temporary and permanent homes for people who were homeless or at risk of becoming homeless.

The governor made money available to create Homekey properties and Oakland Mayor Libby Schaaf said her city needs that money to operate or provide services to the people housed there.

Oakland has used state money provided through a source called Homelessness Housing, Assistance and Prevention, but that source is scheduled to become obsolete next year. It became available in 2019.

The coalition of mayors touted the work they did with the HHAP money along with money available through the Homelessness Emergency Assistance Program, called HEAP, which was established in 2018.

The mayors said their cities served 25,000 people and added more than 9,000 beds to shelters with the money. Mayors said the funds allowed them to be creative with solutions to address homelessness.

In Oakland, the city stood up pallet shelters and cabin communities, which are quick ways to get people out of the rain and weather.

“We can’t do this alone,” Stockton Mayor Kevin Lincoln said of addressing the homelessness crisis. He added, “Now is not the time to lose the momentum.”

In Stockton, 80 percent of the population said the homelessness crisis is their No. 1 concern, Lincoln said.

According to the U.S. Department of Housing and Urban Development’s 2020 point-in-time count, 161,500 California residents were homeless just before the COVID-19 pandemic began.

Seventy percent of those residents were unsheltered. Twenty-eight percent of the homeless people in the U.S. live in California, according to a report by the California Legislative Analyst’s Office, the Legislature’s nonpartisan fiscal and policy advisor.

The pandemic has limited the collection of more recent data on the numbers of homeless people in California and other places.

The governor’s office did not immediately respond to a request for a comment on the plea by the mayors. Newsom was once mayor of San Francisco.