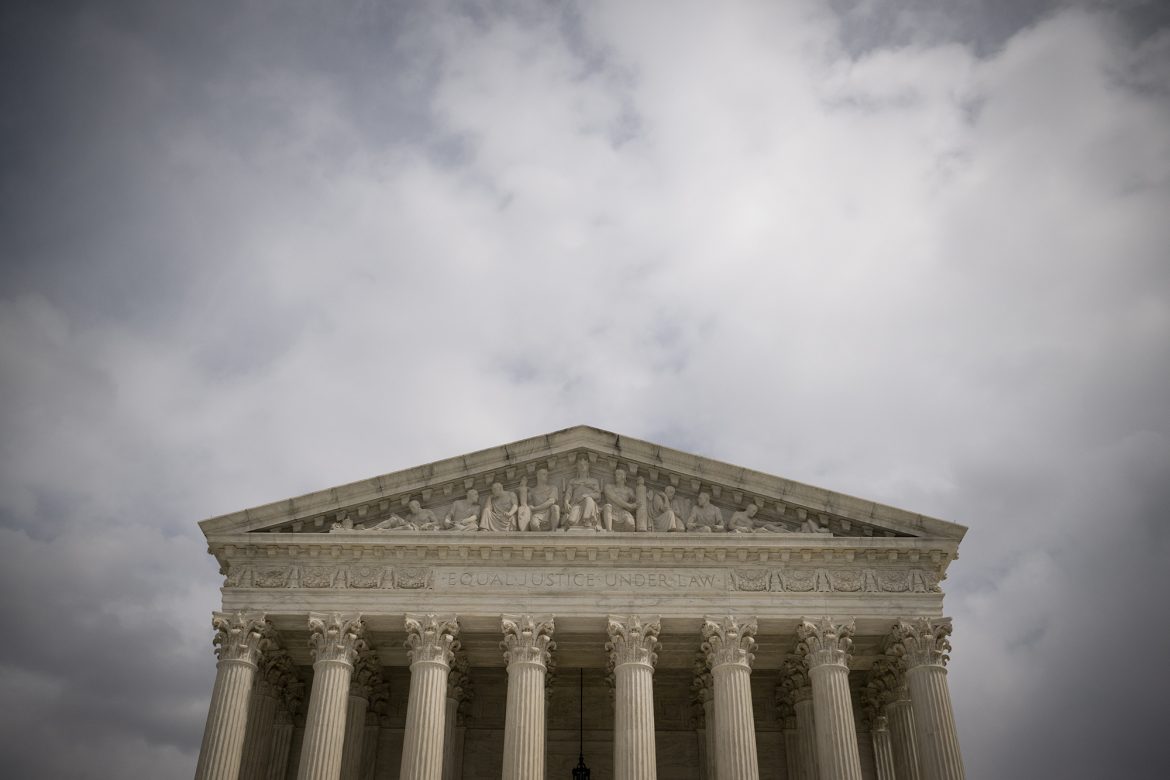 In the early 2000s, California lawmakers identified a problem: There weren’t nearly enough state investigators and lawyers to pursue all the potential violations of workplace laws, such as minimum wage, overtime pay, and more.

So they passed a law letting workers sue their employers in the name of the state, seeking penalties that up until then had been the exclusive domain of a state labor agency. Essentially, it deputized workers to help enforce labor laws via private lawsuits.

That law, called the Private Attorneys General Act, was challenged by a Southern California cruise line in a case recently heard by the U.S. Supreme Court. The specific question the court is expected to decide by June: whether workers who have signed job contracts that bar them from suing their employer can still bring a case to court under the law.

It’s nerdy legal stuff — can you bring a certain kind of lawsuit if you’ve signed a work contract with a certain clause about how disputes get settled?

But it has practical ramifications for a large share of Californian workers.

Contracts requiring workers and employers to settle agreements through a private third party rather than going to court are known as arbitration agreements. More than a third of private, non-union workers in California are already required to use arbitration instead of going to court, according to a study from the left-leaning Economic Policy Institute.

Employers tend to favor arbitration because it’s faster and cheaper than going to court. But a review of over 1,000 arbitration decisions published in the Journal of Empirical Legal Studies found that workers won in arbitration just 21% of the time, lower than their win rate in court. Typically, private arbiters are paid by the employer.

The Supreme Court will be deciding whether workers who signed arbitration agreements can still bring claims under the law to court, or if they have to stick to the arbitration process.

So what do we know about how this law has been working?

Each year, thousands of California workers bring claims under the law, according to data from the state Labor and Workforce Development agency.

Most of those claims don’t result in civil penalties, an analysis by the agency found — which could be for a number of reasons, including if workers and employers reach a settlement before they go to trial.

Nearly nine out of 10 claims allege wage theft, according to a study conducted by two advocacy groups and the UCLA Labor Center.

The law has notched wins for workers and changes in companies’ policies:

The ability of one worker to bring a claim on behalf of other workers who’ve been similarly affected is a key element of the law, said Mariko Yoshihara, legislative counsel and policy director for California Employment Lawyers Association, an organization for lawyers who represent workers in employment disputes.

Employees tend to not want to accuse their current boss of wrongdoing. “There’s a huge fear of retaliation,” said Yoshihara, so a system that relies on workers to come forward one by one is less likely to catch violations than a system that allows one worker to bring a claim on behalf of many.

Under a one-by-one approach, “there will always be an economic incentive to pay less, to deny rights and to rip workers off,“ said Rice, with California Rural Legal Assistance.

The law has also generated new income for the state government to use to enforce workplace laws. When employers are required to pay civil penalties in a dispute under the law, 25% of the penalty goes to workers and the rest goes to the state labor agency. In 2019, the penalties brought in $88 million for the labor agency, according to the UCLA report.

But business groups criticize the law, saying the state’s oversight of the process is extremely limited, and private attorneys bringing the cases reap the biggest rewards.

“If they’re going to allow private attorneys to step in the shoes of the attorney general, there needs to be checks and balances,” said Tom Manzo, president of California Business and Industrial Alliance, a trade organization of nearly 200 businesses dedicated to changing the law.

When a worker or a worker’s lawyer alerts the state that they intend to pursue civil penalties, the state labor agency generally has 30 days to review the notice and decide whether to investigate the case itself. If it doesn’t investigate, or it does investigate but it doesn’t wind up penalizing the employer, the worker can proceed to court with their claim.

An agency budget document from 2019 provides a window into how the state reviews claims brought under the law. Between the summer of 2017 and 2018 — the most recent year included in the document — the government was notified of 5,383 claims.

A team of nine people reviewed 1,339 of the claims and investigated 16 of them.

A much larger budget and a staff of 197 people would “arguably right-size” the team, authors of the budget document wrote, and allow for “a statistically relevant number of cases to be investigated annually.”

The team charged with overseeing the law reviewed over 1,500 settlement agreements and assessed the deals on criteria to get at legality, fairness, and robustness. They assigned failing or marginally passing grades to 75% of the agreements, “reflecting the failure of many private plaintiff’s attorneys to fully protect the interests of the aggrieved employees and the state,” according to a review summary in the document.

On average, the attorneys’ share of settlements under the law is about $406,000, and the average award per employee is around $2,000, according to an analysis of settlements conducted by two former labor agency officials and paid for by the Alliance. The report also found that workers received around $4,000 on average in the rare instances that the labor agency pursued the cases itself, though the payouts went to fewer workers per case on average.

“It’s a law that enriches lawyers, not employees,” said Len Welsh, a former head of California’s Division of Occupational Safety and Health, and one of the study’s authors.

“I think everyone would want all lawyers to work for free,” but that’s just not reality, said Yoshihara, with the employment lawyers association. “If we want to incentivize attorneys to take cases where there are workplace-wide violations, then we have to award attorneys fees.”

A ballot initiative backed by business groups in the works that would repeal the law, as well as create new penalties for labor law violations to be enforced by the labor department and create a team to handle employer and worker questions about possible violations. It would also require the state to fund the labor commissioner’s office to fully carry out its duties. The measure is currently collecting signatures but hasn’t yet qualified for the ballot.

If the Supreme Court decides that workers who sign arbitration agreements can’t bring claims under the Private Attorneys General Act to court, Dave Cortese, a Democratic state senator from Campbell and chair of the senate’s labor committee, said he thinks the Legislature will take action. The Supreme Court may offer a roadmap of sorts in its decision, pointing to alternative policies that would be legal.

“Once we have those instructions from the court, the legislation will be crafted to align California law with the best worker protections we can come up with,” Cortese said.