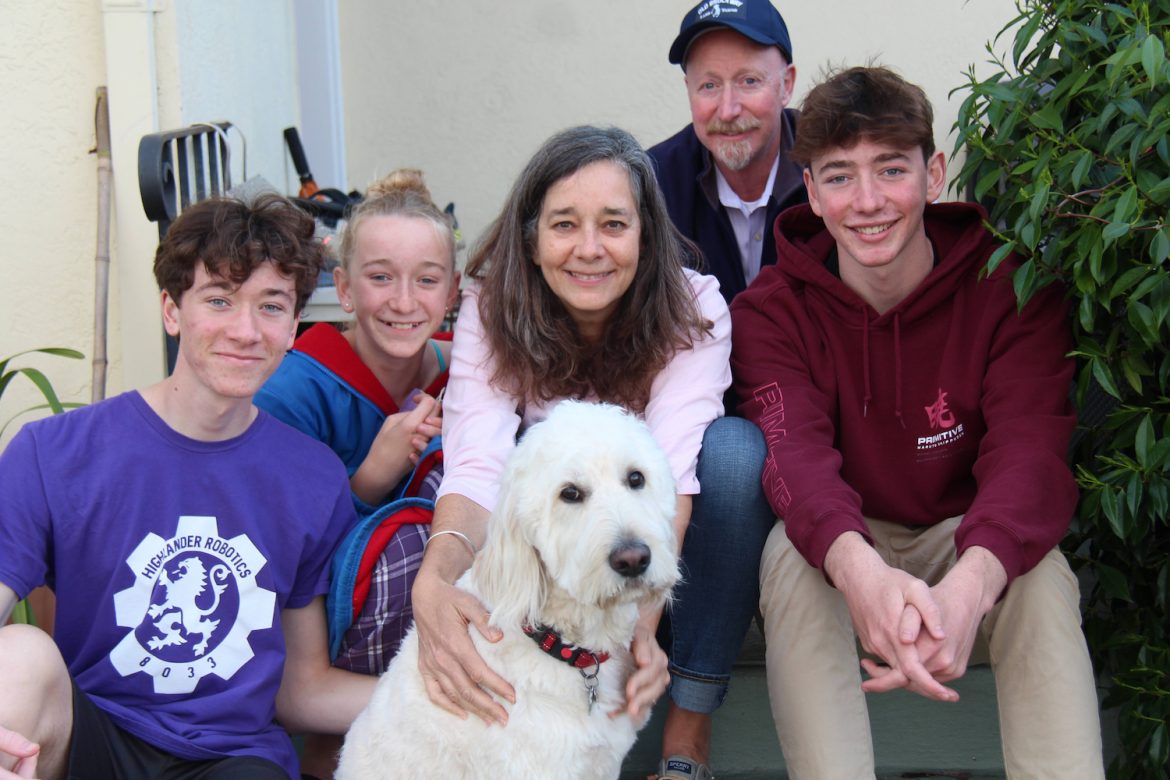 Adoption story: After our last dog Cocoa died in October 2020, we spent two months searching online for a good dog. We were on waiting lists and applied to lots of shelters. It seemed impossible to find one, but after a suggestion to check on Facebook, we found a Goldendoodle puppy on a rehoming site. He and his brother both had ingrown eyelashes so they weren’t snatched up. We drove north of Sacramento and brought home our “scratch and dent” special.

Interesting facts: Ollie has multiple “babies”, his stuffed animals that he carries around the house and sleeps with. On 4th of July he lined up one stuffed animal on each of our inside steps to calm himself down from the noisy fireworks.

Anything else? After we adopted him, his littermate was adopted a few weeks later by another Piedmont family who only lives 3 blocks away. Ollie and his brother Coby now see each other almost daily, and love to wrestle and play.