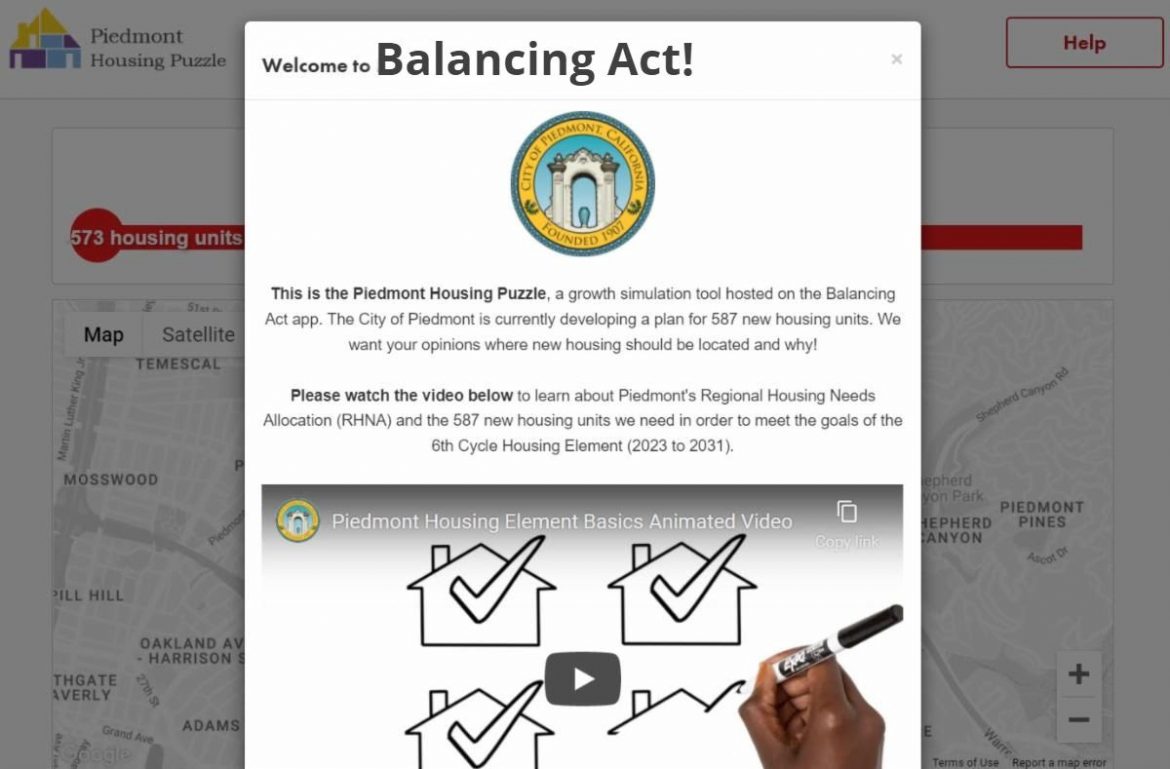 The Community Workshop on March 24 will feature an introduction to the draft 2023-2031 Housing Element and a demonstration of a new, interactive community planning tool, called The Piedmont Puzzle, hosted on Balancing Act software. During the Community Workshop, Chris Adams, president and co-founder of Balancing Act, will lead a demonstration of the new software app, which adds transparency and creativity to government policy discussions.

The Piedmont Puzzle, hosted on the Balancing Act app, is an online tool that lets you pick where Piedmont grows in the future and what form that growth takes. Is it ADUs, apartments over ground-floor commercial, triplexes, fourplexes, tiny homes – or a mix of building types?

Chris Adams is president and co-founder of Balancing Act, which is a company that offers government transparency tools and which has been named to GovTech 100 every year since 2017. He is also a Senior Fellow at the University of Colorado School of Public Affairs.

Please let us know you will be there at: Piedmontishome@piedmont.ca.gov

*Participants are asked to have a smartphone for live polling during the virtual workshop.