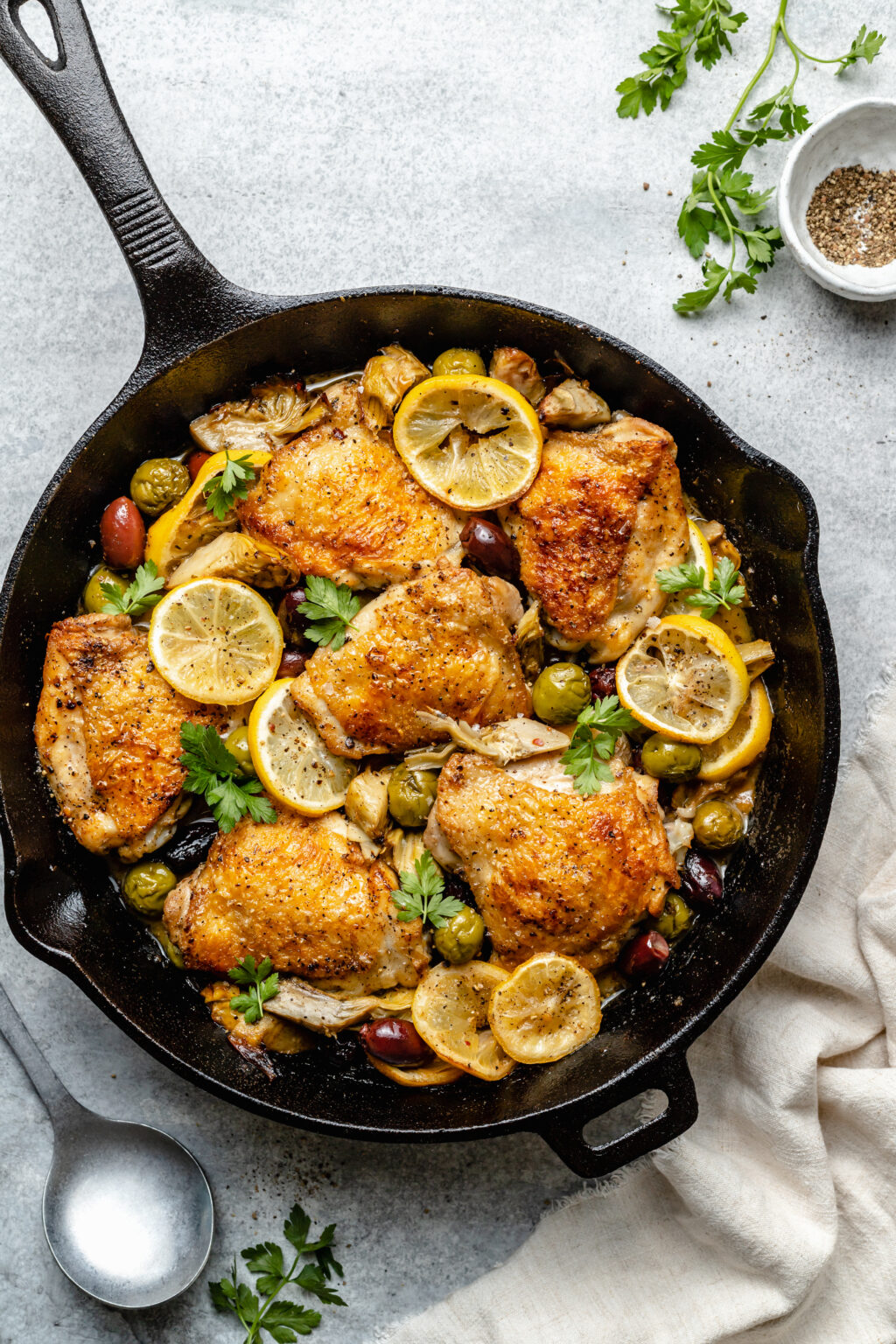 As the cherry blossoms and wisteria around town start to make their seasonal debut, this recipe, inspired by one years ago in Food and Wine calling for bright springtime flavors, has become a household favorite this time of year. Sometimes I will tuck in some halved shallots, substitute kalamata olives for the Castelvetrano olives and add some sun dried tomatoes to give it a different spin. You’ll want to serve it with something like couscous to soak up all the delicious sauce. The leftovers are just as much of a hit as the meal itself — so double up if inclined!