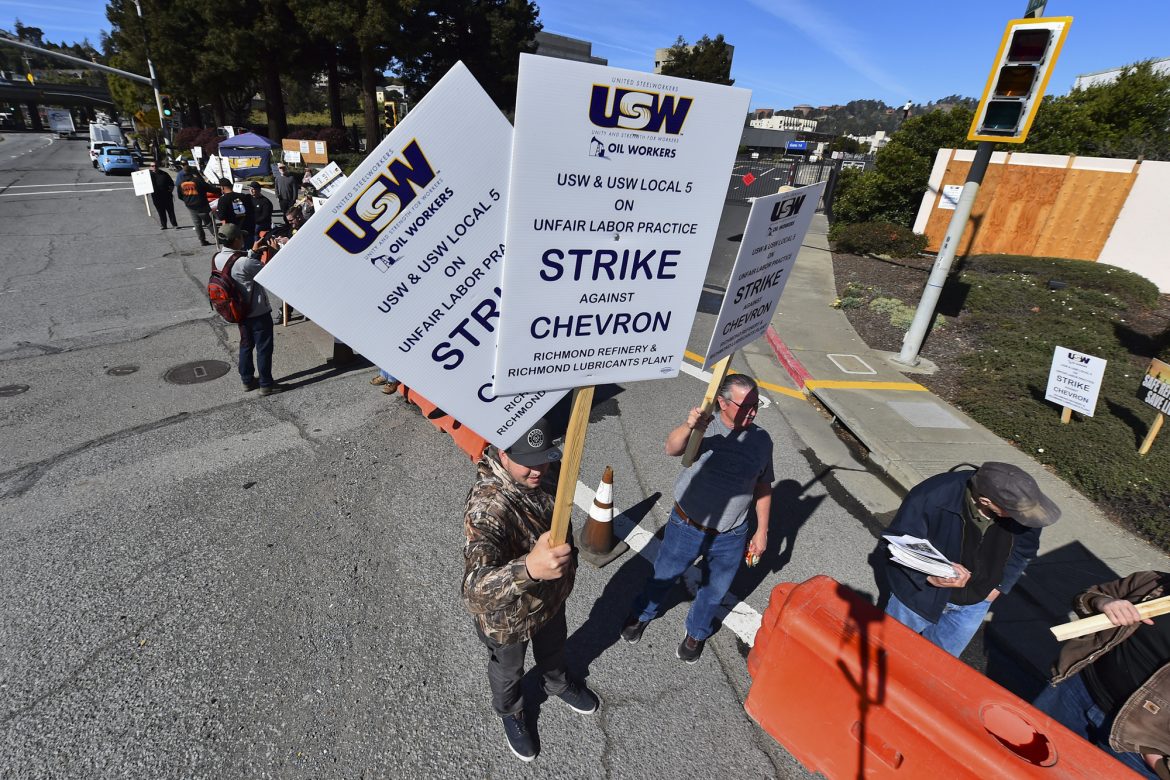 Operator Jacob Malaga holds up signs as he and members of United Steelworkers Local 5 strike at the entrance of the Chevron refinery in Richmond on Monday, March 21, 2022.

Welcome to Striketober — in March.

Workers across California are hitting the picket line to protest staff shortages and what they say are unsafe labor conditions and wages inadequate to cover the skyrocketing cost of living — heightening the stakes of ongoing labor negotiations and increasing pressure on Gov. Gavin Newsom and state lawmakers to quickly settle on a plan for sending financial relief to residents.

The strikes suggest that California’s rising cost of living could be a key issue for voters in the 2022 elections — and Republican lawmakers are seizing the opportunity to slam Democrats.