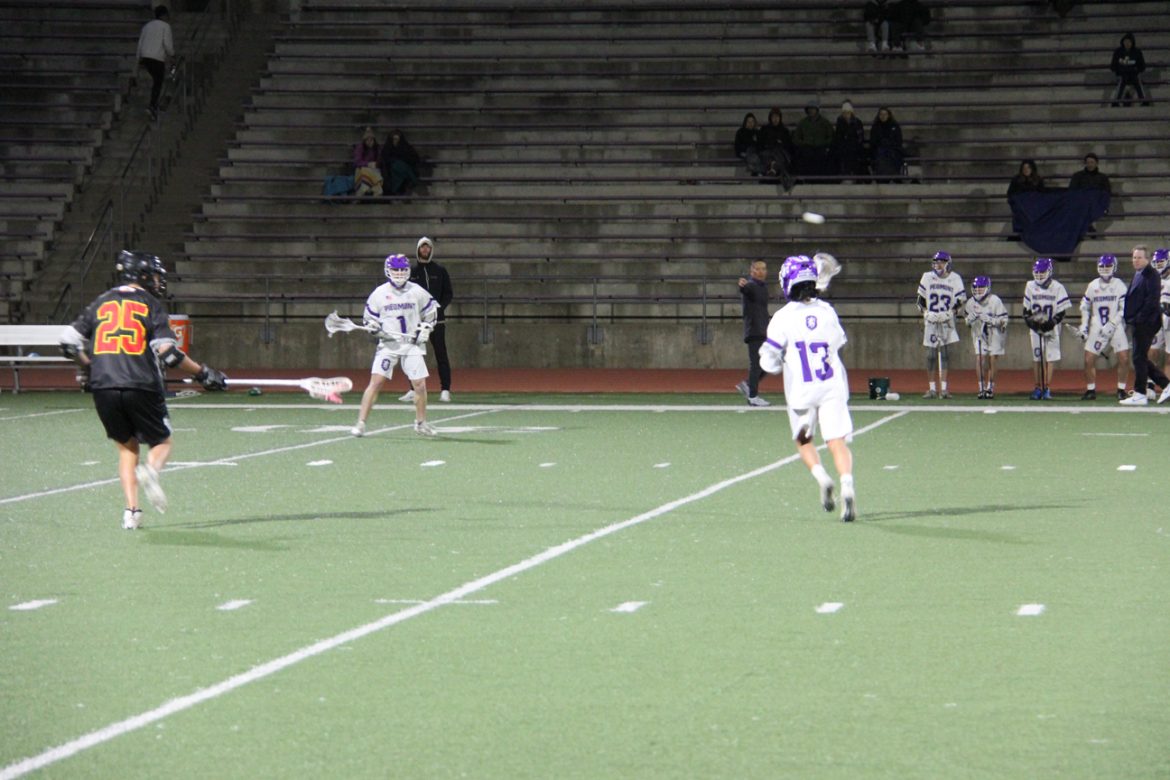 The Highlanders had a tough week, losing matches to Marin Academy and Bishop O’Dowd. The latter was more painful, as the Highlanders and Dragons are league rivals.

The Dragons got on top early, taking a 4-2 lead at the end of one quarter and extending it to 9-3 at halftime.

Fredericks had two assists for Piedmont.

The loss dropped the Highlanders to 4-2 on the year, 1-1 in West Alameda County Conference play.

On March 15, Piedmont lost its first match of the year, falling at Marin Academy-San Rafael, 18-9.

“Up in the first and tied at the half,” Highlanders coach Alex Yu said. “Second half caught up to us. We lost 18-9 but learned a lot about our team. Many positives and good lessons to grow on.”