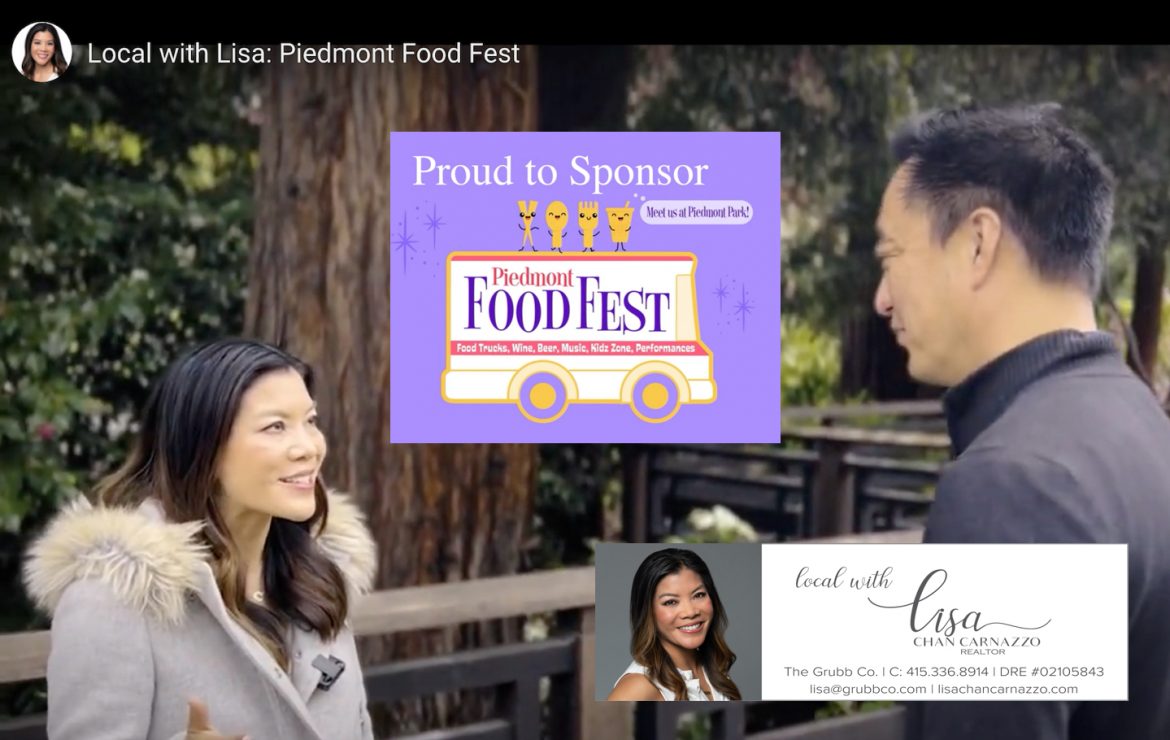 Save the date for Sunday, April 24th at Piedmont Park!

What started as an idea by resident Roger Tsai during the covid lockdown is now becoming a reality with the help of other enthusiastic friends and neighbors.

Roger dreamed of planning a food fest in the center of town with multi-cultural food trucks and live performances to showcase the diversity of the Bay Area.  He floated the idea around with friends who encouraged him, but he wasn’t sure what the true response would be when it came to donations and volunteers. He quickly found out the community fully supported his idea.

In the first week friends and residents donated $5,000. In the following few weeks Roger raised $7,000 more. And now, thanks to generous contributors and sponsors, his dream of holding the first ever Piedmont Food Fest will be a reality. Along with an array of food vendors and multicultural performances on stage throughout the day there will be a locally sourced wine and beer garden.

Save the date for Sunday April 24th at Piedmont Park!

I’m proud to be a founding donor, business sponsor and organizer of the event. Learn more at lisachancarnazzo.com/local-with-lisa-piedmont-food-fest/.

One thought on “Local with Lisa | Get ready for the first Piedmont Food Fest!”