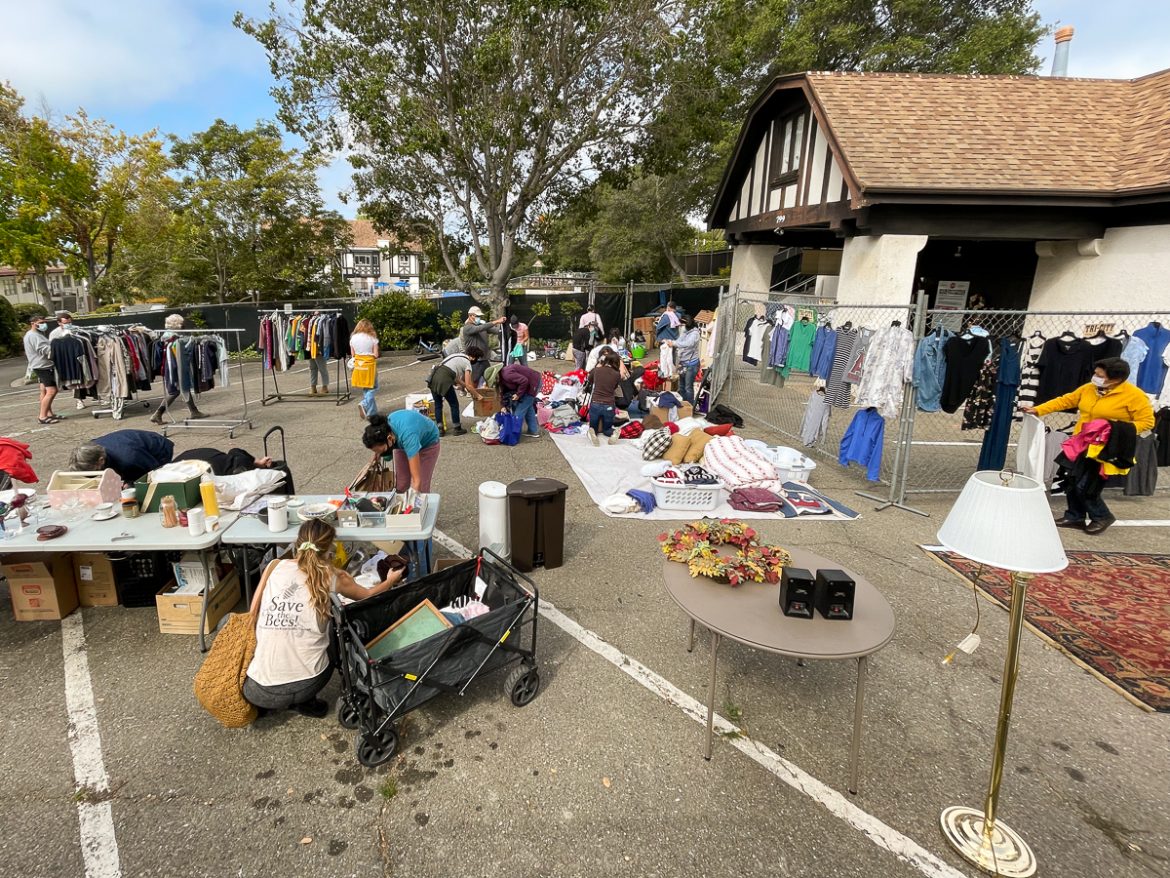 DBFL holds monthly sales outside of the Marking Room

For almost 40 years, Dress Best for Less (DBFL) has been raising money for Piedmont schools by collecting clothing and household items to resell to the community. Now the organization, which has its main storefront on Piedmont Ave., is about to lose a critical part of its operation — the carriage house location of its collection site known as the Marking Room will be demolished when the new community pool construction gets underway in about six months.

Because the clock is ticking, DBFL has been meeting with city and school officials in recent weeks to try to identify a new collection site. So far, the right in-town solution has not presented itself.

“We really need about 1,000 square feet,” said DBFL’s Vice President Huldah Hodgkinson on Friday. “We’re looking for help and ideas that fall ‘outside the box’ now.”

In 2021 DBFL donated $50,000 to Piedmont schools. The organization says it has raised over $1 million for the Piedmont Education Foundation since its inception in 1982, when Wendy Willrich, along with other Havens Elementary School parents, started collecting clothing and household items to sell to the community in order to raise money for the schools. Nowadays, DBFL’s monthly “bag sales” — fill a shopping bag for $10 — and yearly ski sales are among its most popular offerings. And as thrifting has gone mainstream, savvy young people have also learned to scour DBFL racks for vintage finds. During the pandemic, DBFL kept going by hosting its monthly bag sales outdoors in the parking lot of the Marking Room.

Except for a handful of store staff, DBFL is a 501c3 nonprofit run by volunteers. It has had a longstanding rent-free arrangement with the city for the use of the carriage house.

“DBFL has been an amazing community resource,” Hodgkinson said. “We emphasize upcycling and recycling –which are more important than ever in an age of excessive consumption.” She says DBFL does not want to have to relocate its collection site outside of town, but they’re now considering all options.

How to donate and where to shop

DBFL is always in need of gently used and good condition clothing, books, sporting goods, and other small household items that will produce revenues for the schools. (No computers, non-working electrical items, or soiled, stained, moldy items.) For now, the Marking Room is accepting donations by appointment only and is located at 799 Magnolia Avenue. To make an appointment, click HERE.