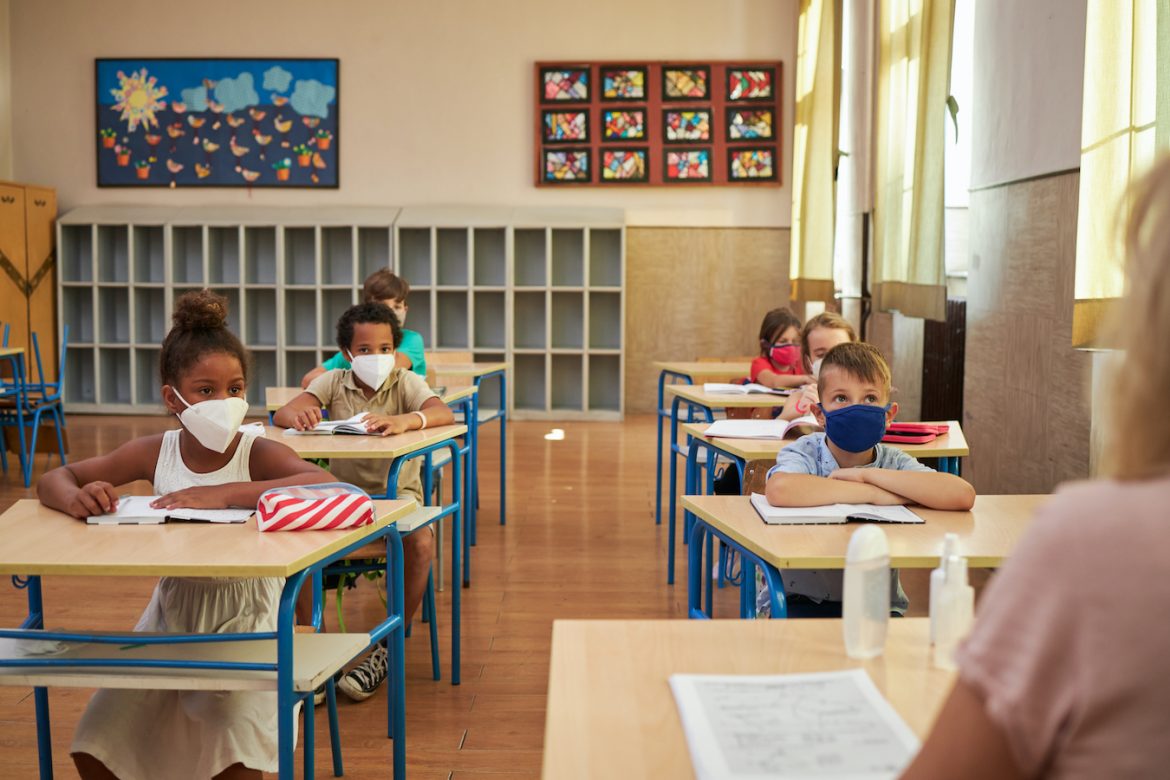 California will no longer require masks in schools after March 11, according to updated health guidance released by the state this morning.

Gov. Gavin Newsom joined the governors of Oregon and Washington to announce the states would be strongly recommending masking in schools instead of mandating it.

“California continues to adjust our policies based on the latest data and science, applying what we’ve learned over the past two years to guide our response to the pandemic,” Newsom said in a statement. “Masks are an effective tool to minimize spread of the virus and future variants, especially when transmission rates are high. We cannot predict the future of the virus, but we are better prepared for it and will continue to take measures rooted in science to keep California moving forward.”

This does not necessarily mean masks will not be mandated in some school districts. Local county public health officers in high-transmission areas could require masking, as could individual districts. Many districts also will have to renegotiate labor agreements before students can remove masks in classrooms.

“We are really moving from required masking to a strong recommendation at a time when I know a lot of jurisdictions are going to look to the state and our evidence to support a decision, to continue masking in some parts of our communities,” said California Health and Human Services Secretary Dr. Mark Ghaly at a news conference Monday. “There is clear evidence that masks do help and reduce transmission.”

Los Angeles County, for example, does not plan to drop mask requirements until the county reaches a moderate transmission rate of under 50 new cases a week per 100,000 people. The Centers for Disease Control and Prevention currently considers the county to have a high transmission rate.

San Francisco Unified also has announced that it doesn’t plan to change its indoor mask policies.

State officials reviewed student vaccination rates, Covid case numbers, hospitalization rates and guidance from the CDC, as well as other data, before deciding when to lift mask mandates.

The anticipated drop in Covid rates over the next two weeks is the primary reason the state opted to delay rescinding the mask mandate until March 11, Ghaly said.

“Governor Newsom’s announcement that the statewide mask mandate for schools will be lifted in two weeks is a welcome step in California’s return to normalcy after two years of pandemic emergency response,” Myrna Castrejón, president of the California Charter Schools Association, said in a statement. “The timeline for the end of the mandate provides California’s charter public schools the needed time to work with their communities and implement appropriate policies to update their masking policies based on local conditions or health orders.”

Ghaly acknowledged that there will be different opinions about whether the state made the right decision in revoking the mask mandate.

“I will tell you that we know for each person out there who may have one view of the decision today, that there’s another family, another young person who has a different view,” Ghaly said.

“So, public health is not necessarily about balance. It’s about leading with data and science and communicating clearly. And that’s what we’re certainly trying to do today.”

The decision comes almost two weeks after the state rescinded indoor mask mandates for vaccinated people in most public places but schools, igniting anger in more conservative areas of the state. Several school districts in areas where opposition to masking had been strong voted to defy state law and make masking optional.

Unvaccinated people will be able to remove their masks indoors in public places other than schools on March 1.

On Feb. 22, the board of the Nevada Joint Union High School District became the latest district to adopt a policy of voluntary masking. The district is in a county where masking indoors would have been required under CDC guidance.

Teachers at Nevada Union High School responded by calling in sick for two days to protest the action, forcing the school to close. The teachers held a sickout, in part, because they feared they would be disciplined by the California Commission on Teacher Credentialing if they violated state law, according to union leadership.

Almost 200 teachers in the Rocklin Unified School District also called in sick on Monday — a third of the certificated staff represented by the Rocklin Teachers Professional Association. The sickout was in protest of the district’s decision to rescind the mask mandate, but was not a formal labor action, according to the union.

In a statement, Toby Boyd, president of the California Teachers Association, said in part that the union shares the optimism of Gov. Gavin Newsom and California Department of Public Health officials that declining COVID-19 cases and hospitalizations “allow us to see light at the end of the pandemic tunnel. Reaction to today’s announcement will be mixed. Simply put, while some students are ready to immediately remove their masks, others remain very afraid. We urge local school districts to continue to work with educators and families and to act cautiously while prioritizing the safety of students, educators, and their families.

“From day one, safety has been and continues to be the priority for California educators who have spent the last two years confronting COVID’s ever-evolving challenges as individuals, as parents, and as teachers and school professionals,” he stated. “They have put their hearts and souls into meeting the academic and social-emotional needs of their students while also caring for their own families.”

Despite the protests against masking, almost two-thirds of California voters support mask and vaccine mandates in schools, according to a poll conducted in early February and released Feb. 25 by the Institute of Governmental Studies at University of California Berkeley and co-sponsored by the Los Angeles Times.

The announcement Monday came on the heels of new guidance on indoor masking from the CDC, released Friday, that instituted a new rating system to determine if indoor masking should be required. The new system measures the number of Covid patients admitted to hospitals, a hospital’s capacity to handle additional Covid cases and new Covid cases in the county. Previously the CDC considered Covid positivity rates and caseloads.

If the state had followed this guidance, masking would remain in Los Angeles, Kern, San Diego, Fresno and most rural counties until their high Covid rating, shown as orange on CDC’s color-coded system, lowers to medium (yellow) or low (green). California is trending in the right direction, and the CDC map should show areas moving to medium or low infection rates over the next two weeks, Ghaly said.

Ghaly stressed that Covid mitigation measures could return if Covid rates increase, however.

“The future may bring future surges and new variants,” he said. “California will continue to build on what we have learned to keep Californians safe and secure.”