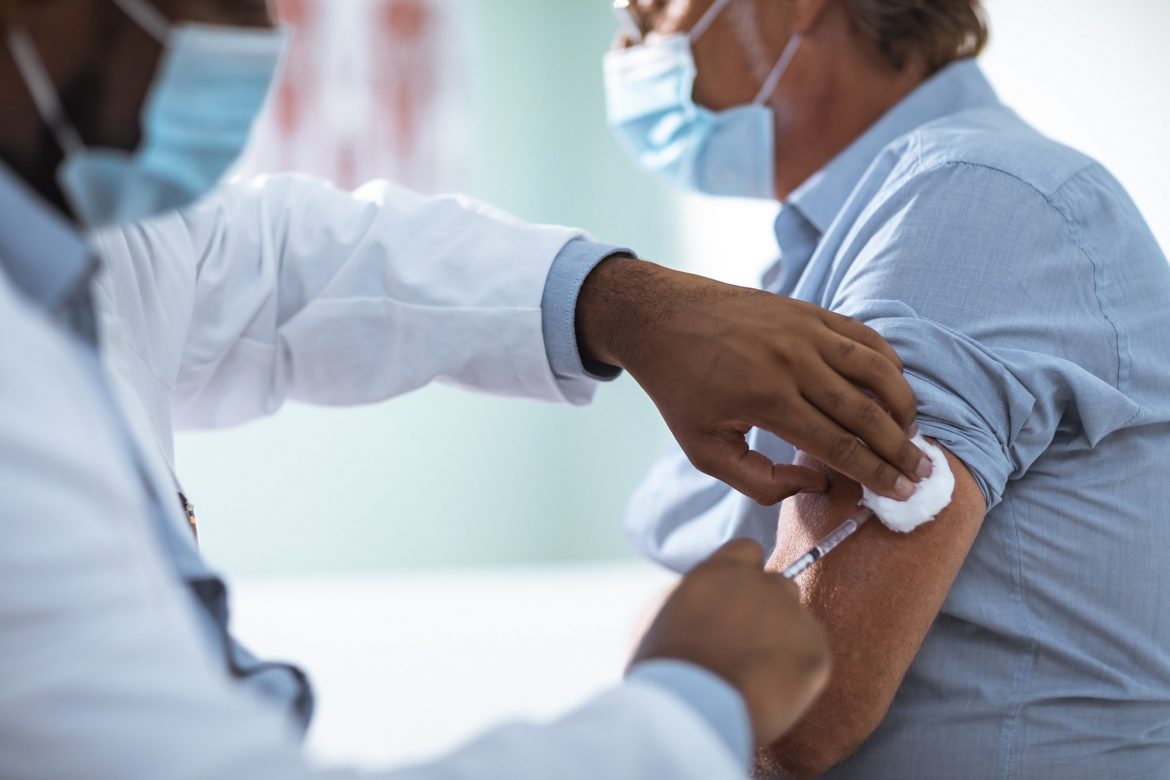 Gov. Gavin Newsom is easing mask restrictions and declaring that the pandemic is moving into a less critical phase. Yet an aggressive slate of COVID-19-related bills — to mandate vaccines for children and workers, to allow 12 to 17 year-olds to get the vaccine without parental consent and more — remain in play under the Capitol dome.

The vaccine working group of Democratic legislators behind the proposals say their aim is to increase vaccination rates across all age groups, improve the state vaccine registration database and crack down on misinformation about the virus and the vaccine.

Taken together, the adoption of these bills would make California an outlier among states — and give it the country’s strictest COVID-19 regulations. Other states are considering various mandates and legislation related to COVID-19, but none appear to have the coordination of this effort, steered by some of the most powerful legislators in Sacramento.

“These bills all attempt to bring cohesion, consistency and clarity to our overall approach and response to the pandemic,” said Democratic Sen. Josh Newman of Fullerton, a member of the group.

Critics said the bills infringe on the health privacy of children, interfere with how doctors work, impose a burden on businesses and workers, and rely on vaccines that do not in many cases prevent the transmission of COVID-19.

“With these types of regulations, it doesn’t matter who you are: If you work or have children in California, you will be affected by these mandates,” said Christina Hildebrand, head of A Voice for Choice, a group focused on informed consent that has fought to keep personal belief exemptions for required vaccines since 2015. “This is going on while the rest of the world is getting rid of mandates and COVID requirements. And the governor is talking about his smarter plan and that we are moving into the endemic phase.”

Ten days ago Newsom said the state was turning a page and would begin treating COVID-19 as endemic, meaning treating the disease more like a flu.

Monday, Newsom said March 11 was the last day schools would be under a state mask mandate, although masking would still be required for public transit and in health care settings.

Also on Monday, Mark Ghaly, the state’s top public health official, said that while the state is moving away from masking, there could be new variants and surges of COVID-19. He referred to Newsom’s “SMARTER” plan’s advocacy of vaccines, which he said “have been a big part of the success in California.”

The legislators behind these bills seem to be pulling out ahead of Newsom on COVID-19 issues. Newsom’s administration did not comment on the pending legislation. The governor is focused on opening up the state and is keenly aware Californians are experiencing pandemic fatigue.

GOP political consultant Mike Madrid said that while it might look like the legislators and Newsom are at odds, it’s actually two sides looking toward the same goal: an answer to the crisis.

This is part of the political process, Madrid said. Early on in the pandemic, the Legislature deferred to Newsom to set the agenda because there was little information available. Now armed with two years of data and a vaccine, the Legislature is operating with more agency.

It’s typical for the legislature to respond to current events with immediate legislation and it’s their job to push the issues, said Kristina Bas Hamilton, a political consultant at KBH Advocacy.

​​“The Legislature is an equal branch of government putting forth their priorities and assuming they get the votes to pass they are saying ‘governor, we want you to go farther’ and then that’s when discussions begin,” said Kristina Bas Hamilton, a political consultant at KBH Advocacy. “It’s the dance of state government.”

The ambitious vaccine legislation far outpaces what other states are doing.

For instance, New Hampshire is considering a bill that would mandate a federal Food and Drug Administration-approved vaccine for school children and New York is considering requiring the COVID-19 vaccine for school attendance. Other states are contemplating legislation on the opposite end of the spectrum: In Alabama, legislators are reviewing a bill that would allow employers to be sued for injury or death from the vaccine if it is mandated for workers, according to the National Conference of State Legislatures.

It’s no surprise California’s Democratic-supermajority Legislature would be considering a stricter slate of COVID bills.

“We take California’s role in the nation very seriously,” said Bas Hamilton. “It’s a state in which certain policies are able to go further than in other places. The size of the state in and of itself creates an enormous push against the rest of the country to follow.”

Sen. Richard Pan, a Sacramento Democrat and chair of the Senate Health Committee, is carrying several of the bills. Pan, a pediatrician, has been in the spotlight before for ushering controversial vaccine-related bills through the Legislature, having previously eliminated personal belief exemptions for children in public schools. He also tightened the rules for physicians issuing vaccine medical exemptions.

“The virus is not going away,” said Pan. “And so, it’s not just about temporary measures but we need ongoing measures to keep this virus under control.”

The legislative working group is made up of Democratic Sens. Pan, Newman and Scott Wiener of San Francisco, and Democratic Assemblymembers Akilah Weber of San Diego, Buffy Wicks of Oakland, Cecilia Aguiar-Curry of Winters and Evan Low, of Cupertino. All of the bills are being sponsored by ProtectUS, a pro-vaccine group created by Crystal Strait, a former member of Pan’s staff.

The proposals expected to receive the most heated debate are the two that would mandate vaccines in schools and for businesses, according to supporters and critics of the bills.

“Each of these bills removes the civil rights of some group,” said Greg Glaser, general counsel for Physicians for Informed Consent, a doctor group based in Newport Beach that opposes all vaccine mandates. “California has really alienated families and this is going to take more people out of the state.”

In previous years, vaccine-related bills have been so hotly contested that police had to remove protestors from the capitol and Pan faced death threats.

“This is a virus that our kids are very resilient to,” said McKeeman, of Let Them Breathe, the San Diego-based parent coalition that opposes masks and vaccine mandates. The group successfully sued to overturn the San Diego Unified School District’s vaccine mandate. “This isn’t even a discussion we should be having. With no long-term studies and with no FDA approval for most ages (of kids) this bill should not have been introduced.”

COVID-19 is mild for children in most cases and vaccinated children still get the virus but Pan points to cases in which children get very sick, are hospitalized or even die from the diseases as a reason for the mandate. So far in California, 55 children have died from COVID-19, according to state data.

“It’s not okay for children to get disabled and die while we are waiting for the final schedule,” Pan said. “Just because we don’t know everything doesn’t mean we don’t try to stop it.”

Hildebrand, of A Voice for Choice, points to the pandemic’s quick evolution with various surges and ever-changing treatments for the disease as reasons to hold off on such a mandate.

“It’s premature and arbitrary,” Hildebrand said. “Adding the vaccine for kids, daycare through 12th grade, is too broad. The vaccine isn’t effective with transmission and there need to be more clinical trials and long-term studies. It should be left up to the parents and their doctors.”

Data reviewed by researchers and the State of New York, released this week, showed that the Pfizer vaccine for 5 to 11-year-olds is significantly less effective in preventing the disease among kids than in adolescents. But it does protect from severe illness. Meanwhile, the FDA recently put off approving the vaccine for infants and toddlers under 5 until there is more data about how a three-dose regimen affects them.

The vaccine mandate for workers faces strong opposition from business groups including the California chapter of the National Federation of Independent Businesses. Nationally, the organization successfully challenged the federal workplace mandate that was jettisoned by the Supreme Court.

The chapter’s state director John Kabateck called the bill an “absurdly unnecessary policy” especially at a time when the governor recently said he is ready to start easing restrictions and recognizing the pandemic is becoming endemic.

“Why in the world would we want to advance this kind of policy that further burdens not just small business owners but all Californians and communities?” he said. “This policy is over-reactive and over burdensome for already stretched small business owners trying to keep their doors open and their people employed.”

Wicks said vaccinating all workers in the state helps raise the overall vaccination rate and cited companies such as United Airlines that have implemented their own vaccine requirements with success.

Wiener’s bill to allow 12 to 17 year-olds to get the COVID-19 vaccine without parental consent is also garnering a lot of push back.

“A 12-year-old can get an abortion, the HPV vaccine, the Hep B vaccine, mental health services and domestic abuse services,” he said. “We trust them to do that on their own and we should trust them (with the COVID-19 vaccine) as well.”

Critics counter that this kind of bill interferes with parental oversight.

“There are a lot of decisions we guide kids through as they are maturing, especially during this time when we have seen a lot of pressure to get vaccinated,” McKeeman said. “That’s why they can’t drive or drink alcohol or join the military until they get to a certain age. Because there is a level of maturity that goes along with decisions that are unalterable.”

The proposed changes to the state’s immunization registry raise questions for critics about the health privacy of children.

“I don’t understand why schools are being given access to all of this data that doesn’t apply to them and it’s not their role to have,” Hildebrand said. “It’s concerning that all of this data gets to be made public.”

Weber, who proposed the bill, said it would make it easier for schools to check vaccination and let them see what other vaccines their students have in case they choose to require more than the state already does. Adding race and ethnicity to the database, she said, would allow officials to target public health marketing efforts based on the data.

So far, no opposition has emerged to the bills to combat social media misinformation or require law enforcement to uphold public health orders.