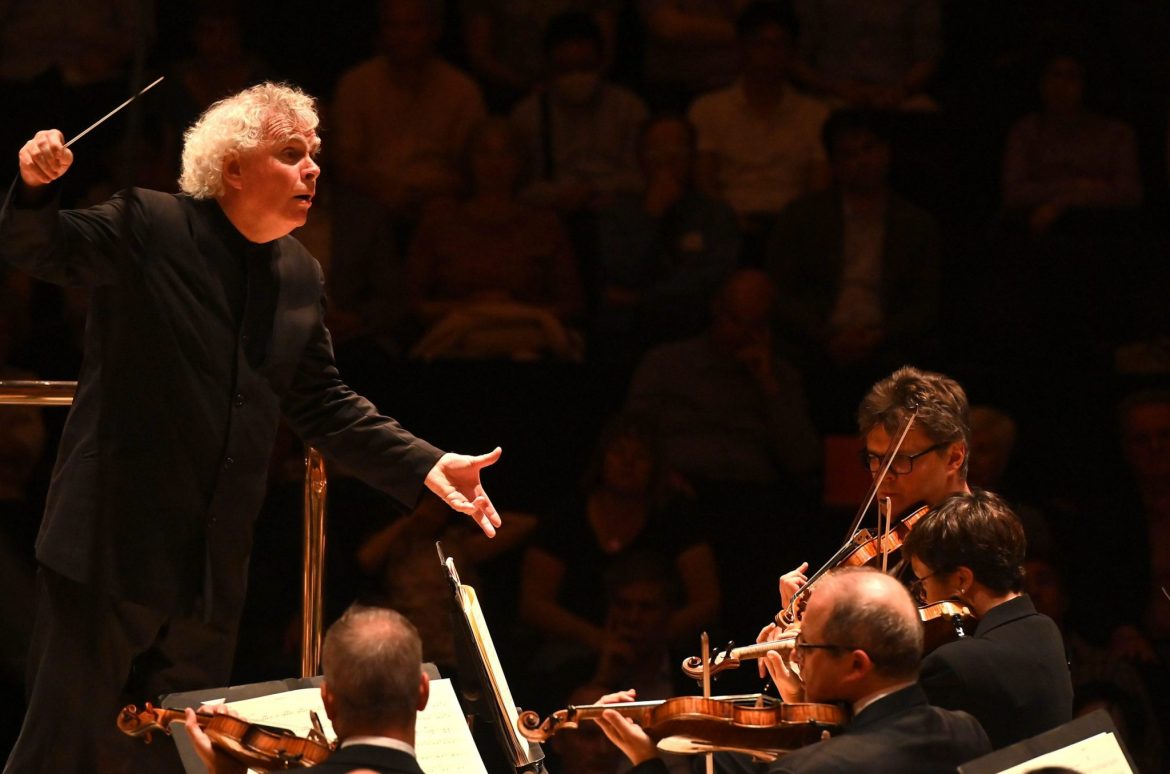 An all-day musicapalooza: It is hands-down the best deal going for music lovers, because it is completely free and open to one and all. The 14th annual SF Music Day, returning this year in person after a pandemic-prompted virtual celebration, takes place from noon to 7 p.m. Sunday in four different venues inside the War Memorial Veterans Building at 401 Van Ness in San Francisco.

More than 100 performing artists from about 25 local groups will be entertaining at staggered times throughout the afternoon and evening in the super ornate Green Room, the ground floor Herbst Theatre, the acoustically superb Taube Atrium Theater and the Educational Studio. The genres span the musical spectrum, from classical to world music to contemporary to modern jazz. Members of the acclaimed Philharmonia Baroque Orchestra, for instance, will be playing in the Herbst for almost an hour at 2 p.m., shortly after global music artist Anna Maria Mendieta, a truly gifted harpist, and her Tango Del Cielo group have finished their 1 p.m. gig in the same venue.

You could grab a seat and hunker down there all day, starting with the Quinteto Latino performance at noon and winding up with celebrated jazz bassist Marcus Shelby at 7 p.m. But many of us are going to check the schedule and plot out our strategy for dashing from one floor to another to catch our pre-selected artists: the Del Sol Quartet at 2 p.m. in the Green Room, say, or the Splinter Reeds at 1:30 in the Studio. Performances in the Taube begin with the contemporary music champions Earplay at noon and run until jazz artists Black London (Kev Choice, Mike Blankenship and Howard Wiley) finish their 7 p.m. set.

Get the schedule and information, including COVID protocols, at https://intermusicsf.org/.

A swan song and a first bow: The renowned British conductor Sir Simon Rattle, now in his last full year as music director of the London Symphony Orchestra (he becomes Conductor Emeritus for Life next year!), brings his musicians to Berkeley’s Zellerbach Hall at 3 p.m. Sunday for what is to be the orchestra’s debut on the Cal Performances lineup.

And what a whiz-bang program he’s got planned, opening up with that dazzler of a Berlioz overture, “Le Corsaire,” and winding up with the dizzying, voluptuous “La Valse” of Maurice Ravel’s. In between, we’ll have British composer Hannah Kendall’s BBC-commissioned “The Spark Catchers”; Jean Sibelius’ final Symphony, the single-movement No. 7 in C Major; and Bela Bartok’s intense suite, “The Miraculous Mandarin.”

‘Loaded’ exhibition: In 2019, the Capital Group Foundation donated to Stanford University a collection of more than 1,000 photographs representing the works of some of the United States’ most revered 20th century photographers: Ansel Adams, Edward S. Curtis, Helen Levitt, Edward Weston and Gordon Parks, among others. Two previous exhibitions at Stanford’s Cantor Arts Center have made use of many of the photos, and now the Cantor is setting the focus on Parks (1912-2006), who emerged as both an artist and a civil rights icon during his fruitful career.

Born in rural Kansas, the youngest of 15 children, Parks taught himself how to shoot pictures with a camera he bought in a Seattle pawn shop. Blessed with an eye for evocative, storytelling scenes and images, his photographs quickly drew admirers (Marva Louis, wife of boxing legend Joe Louis, was an early champion of his works), and he became the first Black staff photographer at Life magazine. Parks’ varied subjects included fashion shows, a Harlem gang leader, Black life on Chicago’s South Side, rural poverty observed during his work with the Farm Security Administration and such artists and celebrities as Langston Hughes, Muhammad Ali, Ingrid Bergman, Duke Ellington and Malcolm X. Some of his most famous works are also his most pointed, including “Emerging Man,” part of a series of photos he took in collaboration with “Invisible Man” author Ralph Ellison.

As the Cantor notes, he once wrote that photography was a “weapon against all the things I dislike about America — poverty, racism, discrimination.” He went on to become the first Black filmmaker to work with a major Hollywood studio, and helmed the 1971 classic “Shaft,” but it is his striking photos on display at the Cantor, located on the Stanford campus.

“A Loaded Camera: Gordon Parks” runs through July 3. Hours are 11 a.m.-5 p.m. Wednesday through Sunday. Admission is free, but reservations are required. More information is at https://museum.stanford.edu/.

Sung in key: Reportedly, it was taking in a Harry Connick Jr. concert that convinced Texas-born pianist Helen Sung to shrug off a classical music career in favor of the funkier offerings in jazz. It’s hard to argue with the decision.

Sung has emerged as one of jazz’s more acclaimed young pianists, with a flair for inventive improvisation, having already collaborated with such luminaries as Wayne Shorter, Herbie Hancock, Ron Carter, Wynton Marsalis, Cecile McLorin Salvant and Terri Lyne Carrington. She captured the 2007 Mary Lou Williams Jazz Piano Competition in 2007, and has become an in-demand teacher and commissions composer and is a regular at jazz festivals around the world.

Her 2021 album, “Quartet+,” recorded with the Harlem Quartet, earned rave reviews with its impressive blend of Sung original works as well works by such acclaimed female songwriters as Geri Allen, Mary Lou Williams, Toshiko Akiyoshi, Carla Bley and Marian McPartland. What with March being Women’s History Month and all, Sung has every reason to showcase “Quartet+” with a short series of Bay Area appearances this weekend.

On Friday, she has two shows, 7 and 8:30 p.m., at the SFJazz Center in San Francisco with her quartet plus Northern California violinist Jenny Scheinman. Tickets are $30; go to https://www.sfjazz.org/. At 7 p.m. Saturday, Sung performs with her quartet and a guest vocalist at San Jose’s Hammer Theatre Center’s intimate Hammer4 venue. Tickets are $25-$35; go to https://hammertheatre.com/. Check the venues’ websites regarding COVID-19 protocols before attending.

‘Strange’ returns: Several pop/rock musicals have debuted at Berkeley Repertory Theatre, from “Ain’t Too Proud: The Life and Times of the Temptations,” to Green Day’s “American Idiot” and the recent “Swept Away” (featuring the music of the Avett Brothers).

But it’s doubtful anyone has seen a show quite like “Passing Strange,” which premiered there in 2006. Created by musician/writer/performer Stew (who had already made a name for himself as an L.A. singer-songwriter who fronted The Negro Problem) and Heidi Rodewald, the show followed a Black artist’s strange, hilarious and philosophical search for self-discovery and “the Real” — a sense of artistic and personal integrity. The music, performed by a band onstage, varied wildly from rock and R&B to punk and cabaret. The show went on to acclaimed off-Broadway and Broadway runs and won a Tony Award for best book for a musical.

Now the show is back in Berkeley, with a revival presented by Shotgun Players. While the show features a Black cast and raises definite racial issues, it is also a universal story about seeking self-knowledge and authenticity in a world blooming with irony and facades. Directed by William Thomas Hodgson, “Passing Strange” plays at the Ashby Stage in Berkeley through April 10. Proof of vaccination is required, and masks must be worn in the theater. The show also has livestreaming and on demand options. Tickets are $7-$40; go to https://www.shotgunplayers.org/.