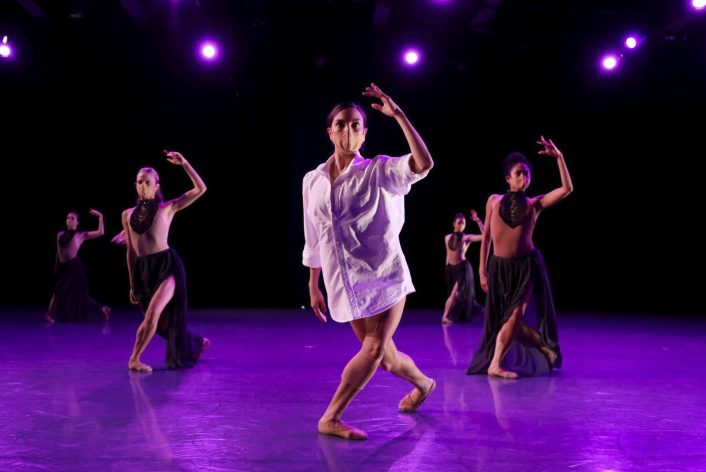 Watch out, lovers: The green-eyed monster is on the prowl again! Actually, it’s Shakespeare’s Desdemona who should take greatest heed, as her beloved husband unwittingly succumbs to the machinations of the evil Iago and lets his murderous jealousy seal both his and her fates.

The opening night performance is at 7:30 p.m., with repeat performances at 2 p.m. Sunday, 7:30 p.m. March 12 and 2 p.m. March 13. Tickets, $20-$95, are available at https://www.livermorevalleyopera.com/. Here is an excerpt of tenor Pulliam singing the “Esultate,” his triumphant entry scene in “Otello”: https://youtu.be/miPOyOoIIhk.

An extra gig: Violinists Jessie Fellows and Polina Sedukh, violist Matt Young, cellist Barbara Bogatin, and double bassist Charles Chandler have plenty of work to keep them busy as full-fledged members of the San Francisco Symphony. But happily for classical music lovers in the South Bay, they also have the time and the energy to prep for their upcoming appearance for the Music at Kohl Mansion series in Burlingame.

At 7 p.m. Sunday, the quintet will regroup to perform on a program that begins with a chamber sonata Rossini composed in his youth, followed by African American composer Florence Price’s  “Five Folksongs in Counterpoint” and contemporary composer Jessie Montgomery’s “Strum.” Antonin Dvorak’s uplifting String Quintet in G Major will bring the evening to a joyous close.

Giving props: He’s not quite 40, but Oakland-born jazz trumpeter Ambrose Akinmusire has already assembled a deep and compelling career as a musician, songwriter, bandleader and creative dynamo.

It doesn’t seem like that long ago that Akinmusire was a star at the famed Berkeley High School Jazz Ensemble who caught the attention of Steve Coleman and landed his first touring gig with the saxophonist’s band. His debut album “Prelude to Cora” in 2007 opened more eyes and ears, and he has continued to build a wide-ranging catalog that embraces everything from jazz to avant-garde to funk and hip-hop.

He’s collaborated with artists ranging from Aaron Parks and Vijay Iyer to Marcus Miller, Esperanza Spalding and Kendrick Lamar. He has done commissioned works for the Monterey Jazz Festival, the Kennedy Center and the Saint Paul Chamber Orchestra, and recently was a featured performer at the Cal Performances production “Two Wings: The Music of Black America in Migration.”

This weekend, he comes to the SFJazz Center, where he is resident artistic director, for four concerts boasting two very different programs. Thursday and Friday, he’s assembling a 30-piece orchestra, along with pianist Gerald Clayton, bassist Marcus Shelby and drummer Savannah Jordan, to premiere a suite titled “Porter.” It’s named for a music teacher, and Akinmusire says it’s a tribute to the many musicians who have mentored him (including Shelby). On Saturday and Sunday, he’s performing with his new Owl Song trio, including drummer Herlin Riley and famed guitarist Bill Frisell, with whom he shares a musically curious spirit. Performances are 7:30 p.m.

Thursday through Saturday and 7 p.m. Sunday. Proof of vaccination is required, and masks must be worn in the venue. Tickets are $25-$90; go to https://www.sfjazz.org/.

Welcome back, Joffrey: Joffrey Ballet has such a longstanding relationship with Cal Performances it’s kind of fitting that one of the first post-pandemic live performances by the renowned Chicago troupe is at UC Berkeley.

This weekend’s three-performance stop in the East Bay, rescheduled from the pandemic shutdown, concludes the company’s current six-year campus residency and features a blend of new works and old hits. The three new works — all created during the pandemic and all getting their West Coast premieres this weekend — include Chanel DaSilva’s supernatural-themed “Swing Low,” inspired by the spiritual song “Swing Low, Sweet Chariot” and set to music by San Francisco avant-garde cellist Zoe Keating; Nicolas Blanc’s “Under the Trees’ Voices,” which is set to Ezio Bosso’s Symphony No. 2 and “channels the power of community in the age of social distancing”; and Yoshihisa Arai’s evocative “Bolero,” set to Ravel’s famed composition of the same name. The program also features one of the company’s most famous works, Itzik Galili’s 25-year-old stunning and humorous “The Sofa.”

Performances are 8 p.m. Friday and Saturday and 3 p.m. Sunday at UC Berkeley’s Zellerbach Hall. Proof of vaccination is required, and masks must be worn inside the hall. Tickets are $37-$148 (subject to change). Go to https://calperformances.org/.

Toying with ‘Tempest’: The Oakland Theater Project, which served up drive-in shows when the pandemic was canceling most live theater options, has moved back inside for its latest production, Shakespeare’s “The Tempest.”

And this is no ordinary production of “The Tempest.” It’s condensed to 90 minutes (no intermission) with the action starting at the end of the play, and there are some unusual cases of character doubling. For instance, the central protagonist Prospero and Prospero’s beastly servant Caliban are played by the same actor (Adrian Roberts), and it’s Caliban and Miranda, Prospero’s daughter, who address the audience at the play’s beginning.

As OTP officials put it, this “Tempest” is “a reckoning of both who Prospero is, and of the play itself.” After delaying its opening a few days because of COVID-related missed rehearsal time, OTP’s “The Tempest” is now set to play through March 13 at the Flax Art & Design Building, 1501 Martin Luther King Jr. Way.

Attendees must show a proof of vaccination and booster shot (if eligible), and masks must be worn in the theater. Tickets are $10-$52 and must be purchased in advance. The show will also be livestreamed at 7:30 p.m. Saturday and offered on demand for a limited time (access is $10-$25). For tickets and more information, go to https://oaklandtheaterproject.org/.