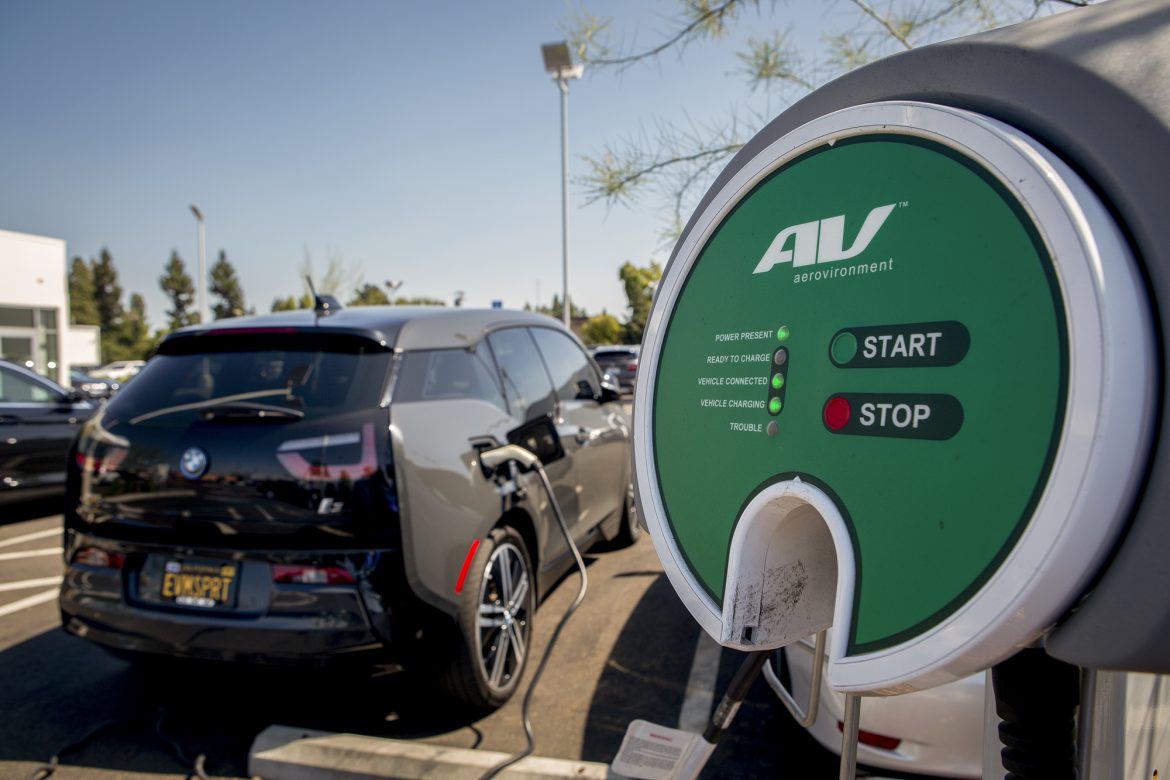 An electric car charging station at Niello BMW in Sacramento on Sept. 12, 2019. Photo by Anne Wernikoff for CalMatters

It’s full speed ahead for zero-emission cars in California.

The Golden State got the green light Wednesday to proceed with its nation-leading clean car program after the U.S. Environmental Protection Agency reinstated a waiver reaffirming its decades-old authority to set emission limits stricter than the federal government’s — setting the stage for California to develop auto emission rules to meet Gov. Gavin Newsom’s goal of eliminating new gas-powered cars by 2035.

The move wasn’t a surprise — President Joe Biden had long hinted at plans to reverse the Trump administration’s decision to block California from setting its own tailpipe pollution standards for cars and light trucks.

And although California had continued to set its own standards even without the waiver, the stakes surrounding gasoline-powered cars have heightened in recent weeks.

California is reeling from the highest gas prices in the nation — Wednesday’s average price was $5.58 per gallon, up 14 cents from the day before and an all-time high when not accounting for inflation — and oil industry groups are increasing pressure on Newsom and state lawmakers to ramp up the state’s oil production in the wake of a U.S. ban on imports from Russia.

Newsom, however, doubled down on clean energy production in his Tuesday night State of the State speech — “We need to be fighting polluters, not bolstering them … freeing us once and for all from the grasp of petro-dictators” — and in a Wednesday statement applauding the federal waiver.

Newsom isn’t alone in urging the state to stay the course on transitioning away from fossil fuels.