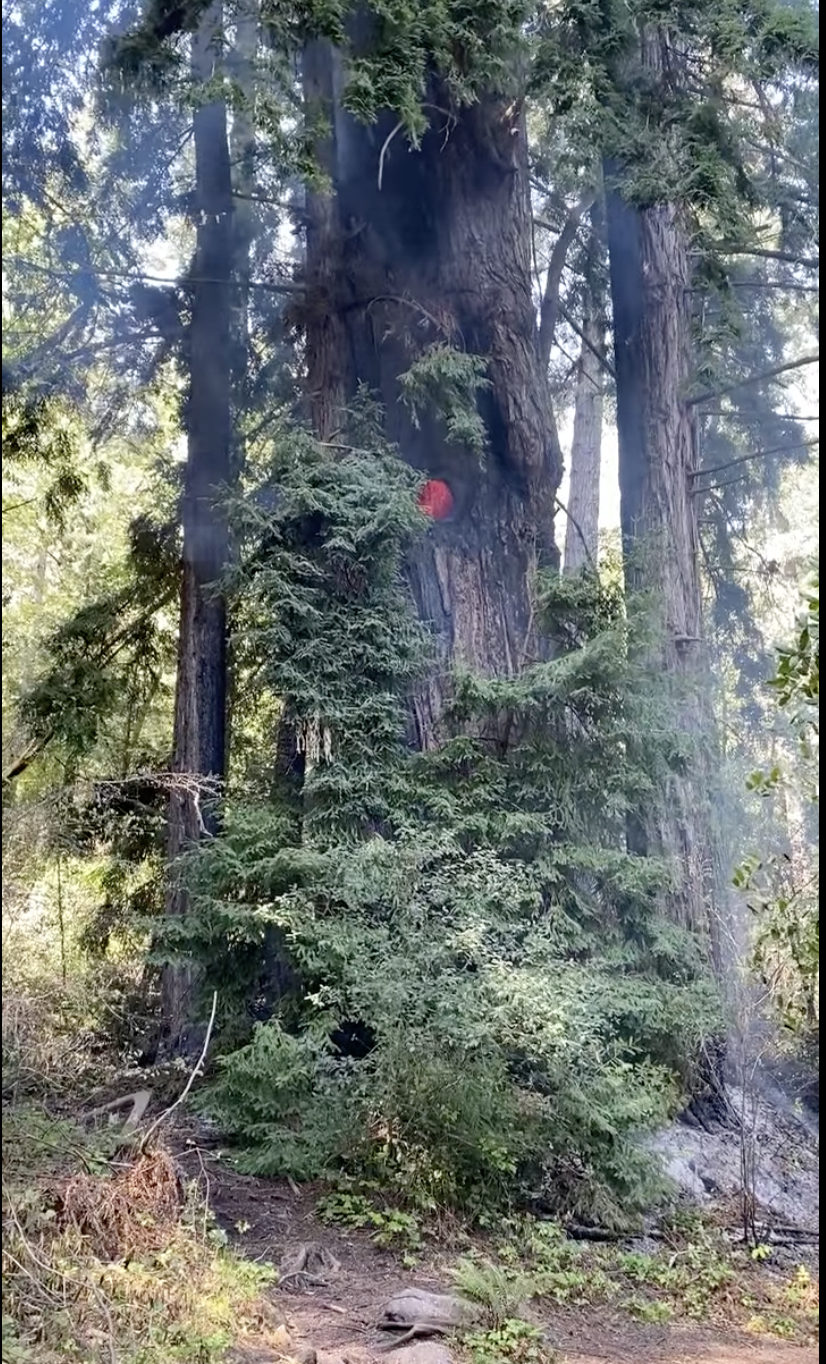 A video posted on the State Parks Facebook page showed the tree burning from the inside before it collapsed.

California State Parks reported on Thursday that the iconic Pioneer Tree at Samuel P. Taylor State Park had been destroyed by fire. It said the fire was reported around 11:25 a.m. March 24 and that the cause of the fire was unknown. The agency reported that the fire was contained and there were no evacuations or campers impacted. No one was injured.

A video posted on the State Parks Facebook page showed the tree burning from the inside before it collapsed.

What has been lost? In a June 15, 2021 New York Times article “The Quiet Strength of an Old-Growth Forest”, writer Lauren Sloss describes a visit to the site:

The next day, I drove to Samuel P. Taylor State Park near the town of Lagunitas. It was a weekday, and mostly empty as I set off on the Pioneer Tree Trail, a two-mile loop through a beautiful stand of second-growth redwoods. These trees, the offspring of redwoods logged to build San Francisco in the late 1800s have nothing on the giants up in Humboldt, but being there, surrounded by green, was enough. I hiked up a gentle rise to the Pioneer Tree, the park’s sole old-growth tree, more than 500 years old and inconspicuously tucked off the trail. It’s hollowed out by fire, but still alive. I slid inside the narrow opening, encased in the dark of the trunk.

This tree has seen fire and clear-cutting, new growth and even a pandemic or two. Death, death and life again. The power of the tree isn’t in forgetting, but remembering.