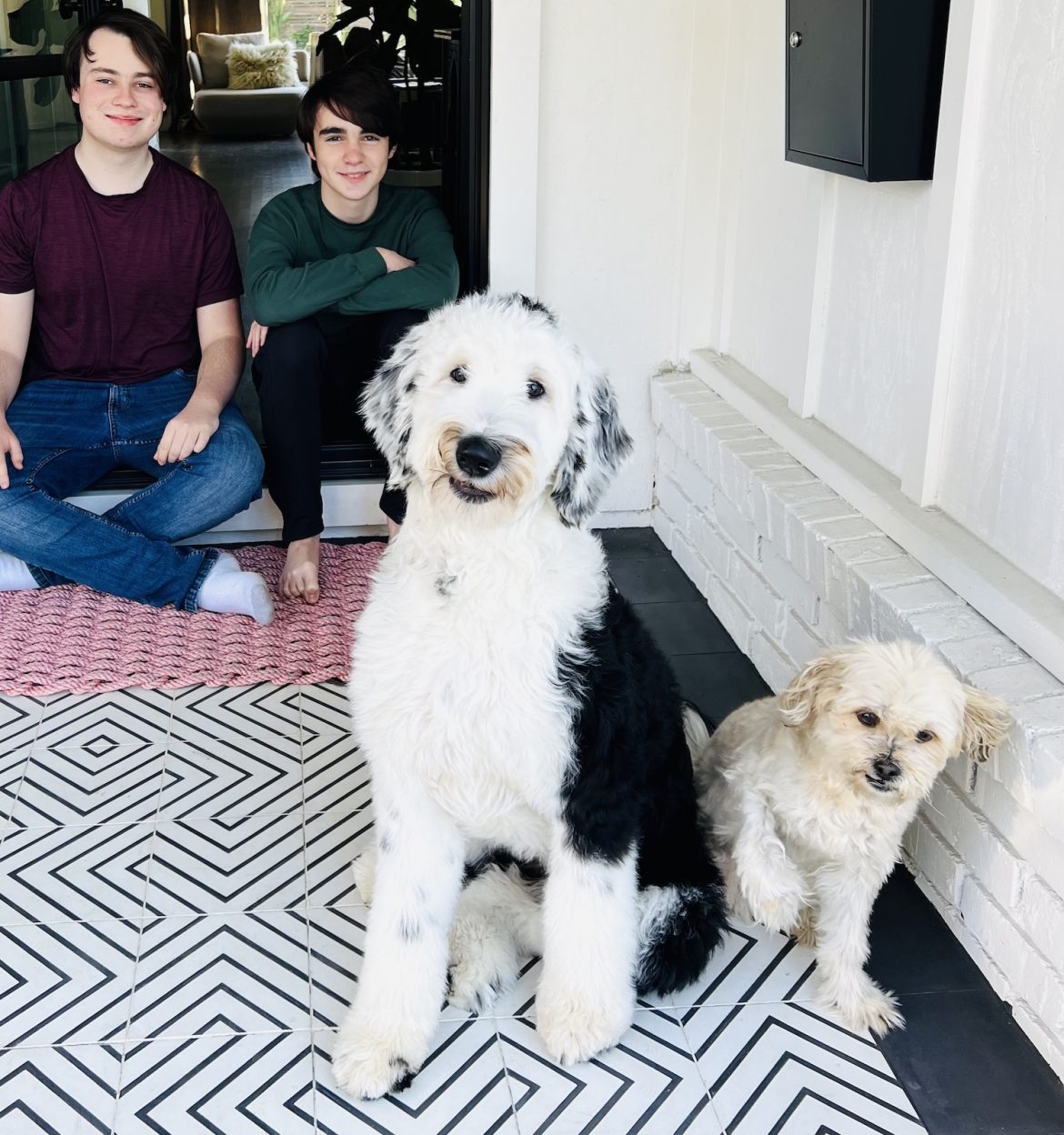 Ronan and Finn Seybold with Saoirse (on left) and Bear

Breed: Saoirse is an Old English Sheepdog / Standard Poodle. Bear is a Shitzu-Poodle

Adoption story: Bear: We were at our niece’s soccer game in Palo Alto nearly 12 years ago. We had just decided that we would like to get a puppy and we saw two beautiful puppies at the side of the field. I approached the pups and told the owner how beautiful they were, and that we would love to get a puppy soon. She said, “do you want one?” Apparently, they were littermates and not getting along. That is how we got Bear!

Saoirse: I always wanted a border collie from Ireland. I have so many fond memories of watching these graceful black and white dogs criss-cross the green mountains in Ireland chasing their herds of sheep. We met a breeder during a trip to Ireland in the summer 2018. Our puppy was set to arrive March of 2019, but COVID shut down the agency that would help us get the dog from Connemara to the US. We had seen a few beautiful Sheepadoos at the beach on Chrissy Field and they reminded us of the dogs in Ireland, so we found a local breeder and picked up Saoirse in June of 2021.

Likes: Saoirse loves her off-leash walks at Dracena and Piedmont Park where she has made a ton of doggie friends. She loves weekends away in Santa Cruz, and Carmel where she can dine outdoors with us and run freely on the beach! Bear likes his buddies at Dracena, his homemade food, his family, his stuffed squirrel (and real ones too).

Dislikes: Saoirse does not like watching ice skating on television! She goes crazy barking at the television when we try and watch the Olympic skaters compete. As for Bear, the mailman is NOT his friend, but otherwise he is an easygoing and agreeable dog.

Anything else: Saoirse and Bear are hilarious together and we have so much fun watching them.